Learning from Michigan: How to Stand up to Hate Crimes Together | Not in Our Town
Skip to main content

Learning from Michigan: How to Stand up to Hate Crimes Together 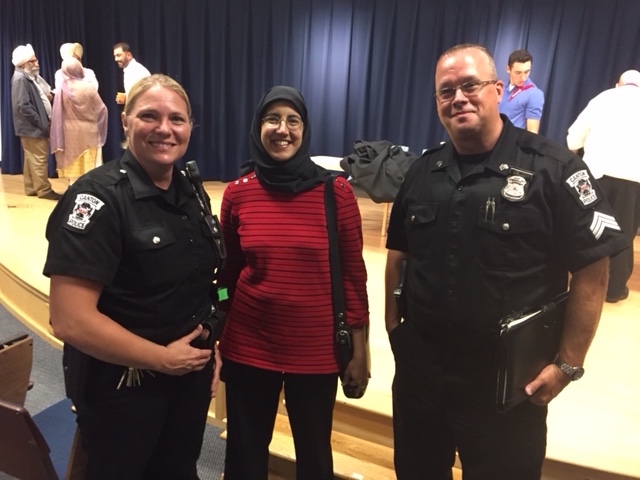 (Officer Patricia Esselink, Aamina Ahmed, and Sgt. Dale Waltz from Canton Not In Our Town Committee)

Not In Our Town in the Motor City

Positive action is infectious and it seems to be spreading in Michigan. The Detroit area is a sprawling urban/suburban landscape showing the scars of poverty, segregation, and disinvestment. At the same time, this place is sustained by the hope and inspiration from people who are working to revitalize the urban core, and a diverse group of leaders who are striving for more inclusion in Detroit and the towns that surround the city. This Fall trip to the Detroit area - to screen our film "Waking in Oak Creek" and to introduce Not In Our Town to communities in the region - confirmed my view that MICHIGAN has got it going on when it comes to standing up to hate and intolerance. Each of the groups we met with expressed a great interest in tapping into the knowledge of the Not In Our Town National Network and to share challenges and successes in fighting hate. Local anti-intolerance organizations joined forces with law enforcement and educational institutions to convene at these NIOT screenings. Look for more stories from Michigan in the coming months. 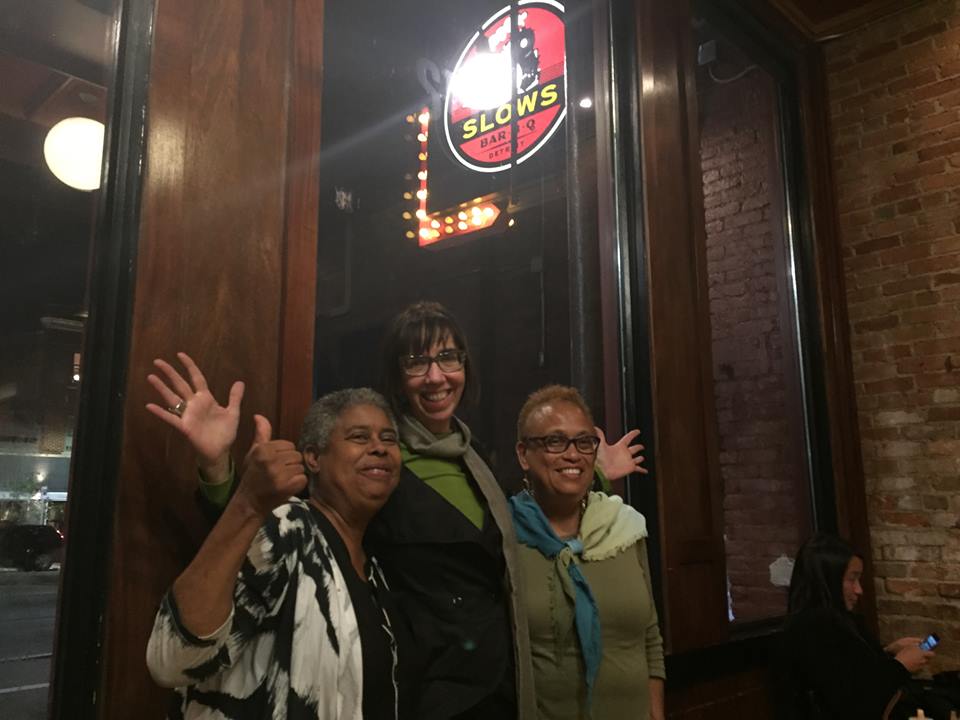 My friend Sybil Griffin, who owns Griffin Partnership, an employment search firm specializing in diversity, is an example of how Detroit residents are working person by person to pump up their city. Sybil lives downtown, and is now refurbishing a home in Northwest Detroit. She welcomes revitalization, but worries that long-term Detroit residents like her friend Pat Vinson, who lives in Midtown, will be pushed out now that the neighborhood is attracting new businesses like Shinola. 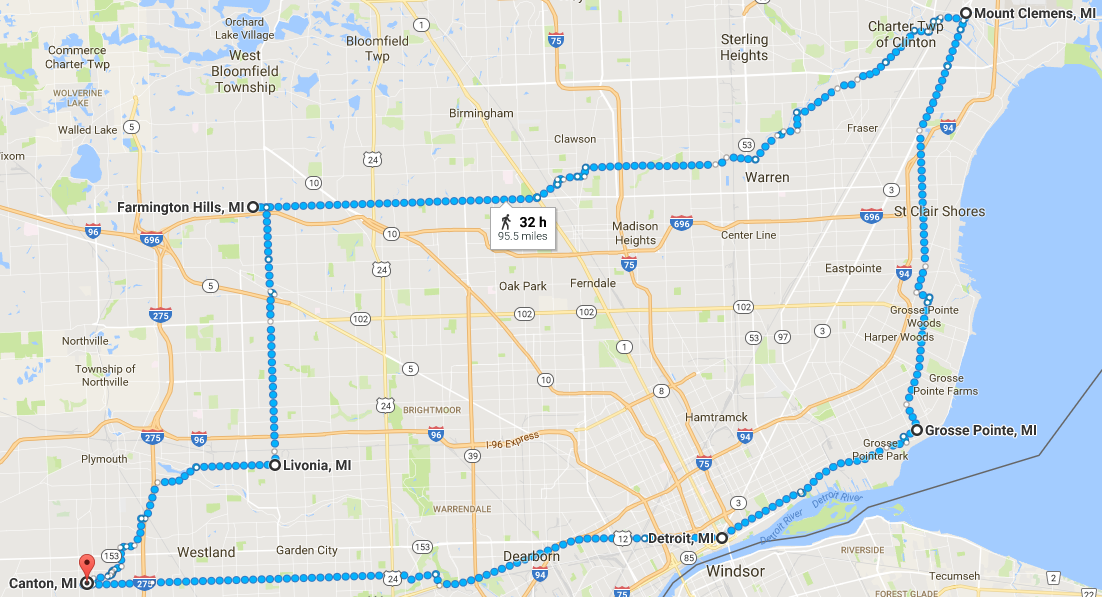 Highlights From the Tour

The film "Waking in Oak Creek" consistently moves people into a discussion about hate crime prevention and inclusion. Interfaith groups play a vital role in convening and leadership. Pardeep Kaleka joined me for two of the screenings in Livonia at Madonna University and Macomb County. He shared a message of forgiveness and lessons from his faith that helped him and other Sikh leaders turn the tragic death of their family members into an opportunity to transform their community. 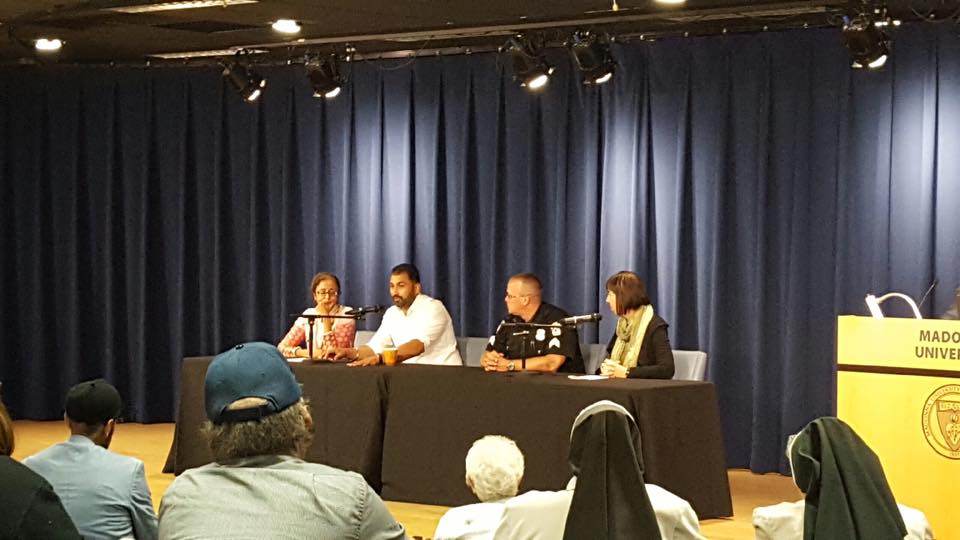 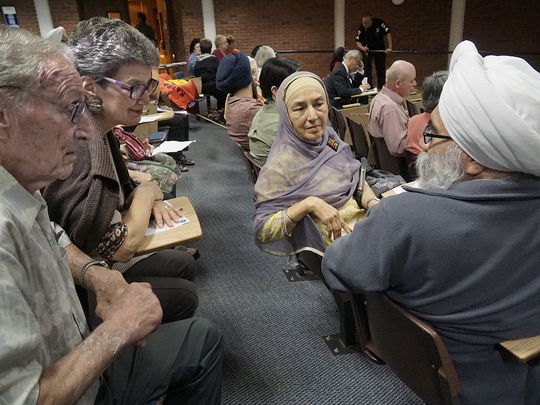 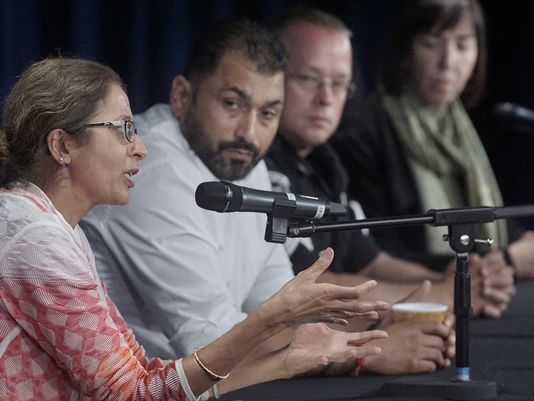 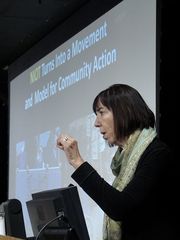 Diverse community leaders including representatives of the NAACP, Muslim, Sikh and Caldean groups and the ADL in Southeast Michigan meet monthly with law enforcement leaders to communicate about issues and tensions through Advocates and Leaders for Police and Community Trust (ALPACT), also supported by the US Attorney’s Office. After the introduction of Not In Our Town and viewing "Waking in Oak Creek," almost all of the attendees signed up to learn and do more. Pardeep and I spent nearly an hour after the event talking to people about next steps. 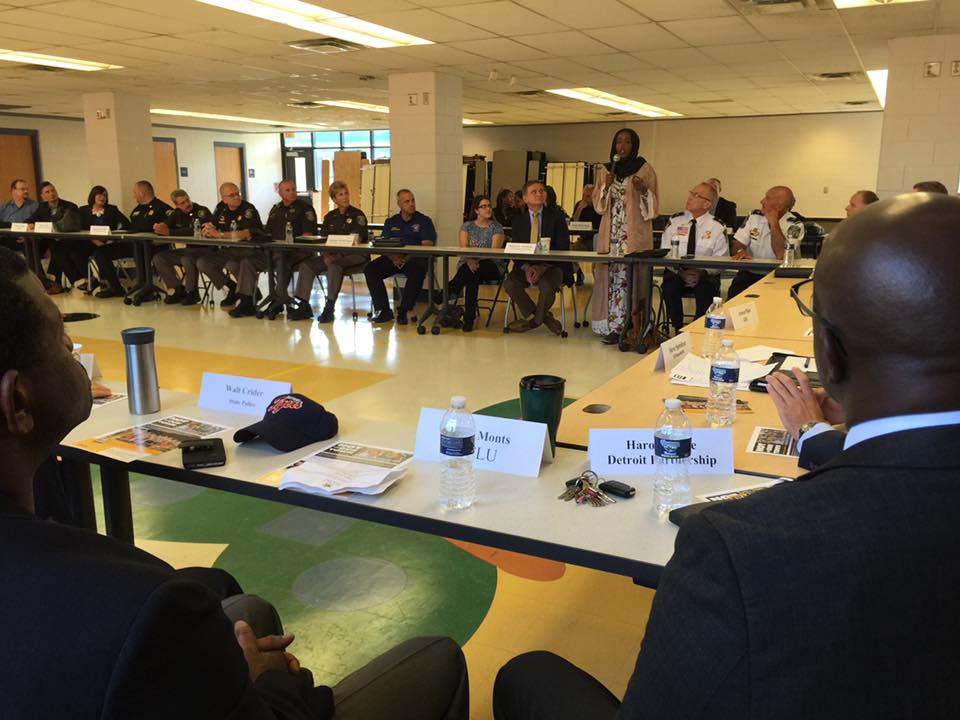 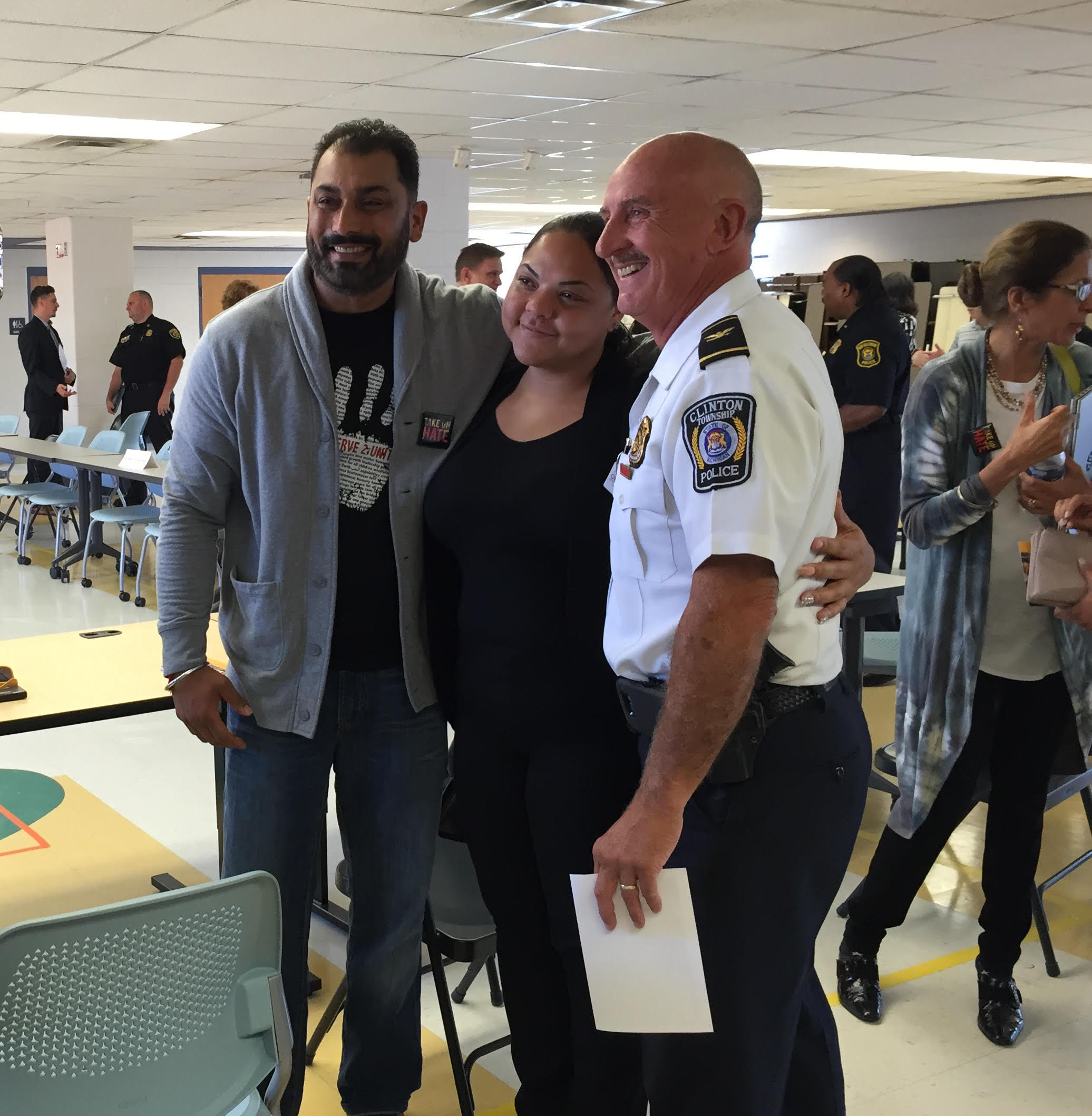 The Michigan Roundtable for Diversity has been serving the Detroit area for almost 75 years. Formerly the NCCJ, the Roundtable works on racial justice and interfaith issues across the region. ED Steve Spreitzer, who regularly appears on local media to counter hate and bias issues, is particularly concerned about the rising level of attacks and hate speech against Muslims in a region that has one of the highest number of Muslims and Arab Americans in the country. Steve and his team have a deep understanding of the institutional racism that has divided the region both literally and culturally, and of the promising practices that have emerged to counter racial injustice and intolerance. The Roundtable is a local organization whose work NIOT would like to uplift and share with others across the country.

Hate crime prevention has become embedded into some key institutions including police agencies and cities, partially thanks to the outstanding work of the Michigan Alliance Against Hate Crimes (MIAAHC) which is supported by a state institution, the Michigan Department of Civil Rights. Many of the people we were working with were introduced to Not In Our Town at annual MIAAHC conferences where hundreds of leaders from across the state convene to discuss hate crime response and prevention. Key leaders from MIAAHC, including Mark Bishop, travel across the state helping to advise and support communities who are facing hate crimes or acts of intolerance that are creating tension. This is a model for state wide convenings that should be replicated in every state in the country. Consistent in-person meetings helps build trust between law enforcement and communities.

Another example of long-term commitment and success is the Multi Cultural, Multi Racial Community Council of Farmington/ Farmington Hills, a group formed in the 90’s to address racism in the schools and community. Like many groups that have organized their community for years, they’ve faced political ups and downs, but this diverse team of leaders, joined by city and law enforcement representatives have many lessons to share with groups across the country. We look forward to welcoming them to the NIOT network of communities.

In Grosse Pointe, neighbors  including representatives of the NAACP, Pointes for Peace and Grosse Point Residents for Diversity and Inclusion gathered at the home of Dave and Katie Elsila to view Waking in Oak Creek, learn about Not In Our Town and strategize next steps for action. The Grosse Pointe area has a continuing history of segregation that many in this community are working to counter.  We look forward to more engagement and highlighting movement forward from these leaders.

Many thanks to an amazing leader, Steve Spreitzer, Executive Director of the Michigan Roundtable for Diversity, who helped organize two of the events. We look forward to working more closely with the Roundtable and the powerful co-sponsors for the Detroit area events!

One of the most uplifting meetings I had during the trip was with key leaders of the Canton, MI Not In Our Town group. Look for a full report on their social media and action campaigns in an upcoming NIOT E-News and blog, but and click below to view a short video about Canton’s National Night Out. Many thanks to the Michigan Roundtable, Sister Nancy Jamroz, her staff and President Grandillo from Madonna University, the Take on Hate Campaign, Welcoming Michigan and ALPACT for sponsoring our tour in Michigan.

Special Thank You to the Event Sponsors