Amid Cyberbullying, Youth Create "Compliment Pages" + More | Not in Our Town
Skip to main content

We hear a lot about cyberbullying, but some students are using social media to encourage others as oppose to bringing them down.

Wilson To, a high school senior in Nevada is one of those students. He launched a page called “Atech Compliments” so students could leave anonymous complimentarity messages about members of the student body.

For the first year Wilson ran the page without revealing his identity. "A lot of quiet individuals don't think much of what they do, but when they get compliments for things they didn't realize about themselves, it helps to build self-esteem," he explained to The Huffington Post. The project has since become such a hit that Wilson taught administrators how to take over after graduation.

"We just send compliments to people who we think are feeling bad a certain day or who have done something really good," he said. "I believe that showing the goodness in people is very integral to our account, because so many people on Twitter and Facebook get cyberbullied because they're less than perfect."

A National Rifle Association-backed law in Kansas has put school districts at risk of losing their insurance coverage, according to FreakOutNation.
The July 1 law, which came in response to the fatal shooting of 20 elementary students in Newtown, CT last December, would allow gun owners to carry weapons in public buildings including schools.

EMC Insurance Cos., which insures 85-90 percent of all Kansas school districts, contends the law is too risky and vowed not to renew coverage for any school that permits teachers or custodians to carry concealed firearms on their campus. “It’s not a political decision, but a financial one based on the riskier climate it estimates would be created,” the insurer said. EMC also stated that only someone qualified and in uniform should carry weapons. Another insurer in Iowa, Independent Insurance Agents, is taking the same response to the law. 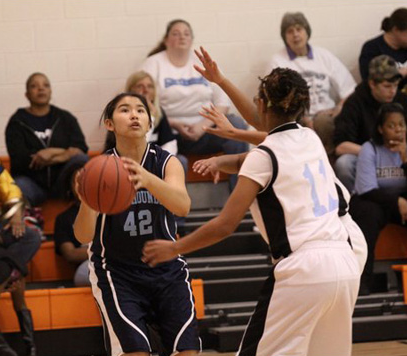 Recent graduate of Russell Middle School in Kentucky, Milena Clarke, is finally getting the help she needs to stand up to bullies, according to KDRB.

Milena, 14, is an adoptee from Kazakhstan and of Asian-Kazakh descent and  was called racial slurs such as “Russian Chink,” “gook,” and “commie” while a player for the Russell Independent School District’s Red Devil’s basketball program. She was also called “Nigger Lover” for choosing to socialize with African-American players.

Clarke is one of only a handful of minorities in the RISD school system and on the basketball teams. Her parents reported the harassment numerous times to the school and coaches, but received no help. AALDEF asserts the administration turned a blind eye to racism, and even tried to punish Milena for speaking out by reducing her playing time and denying future basketball opportunities.

Will You Stand? Bullying Anthem 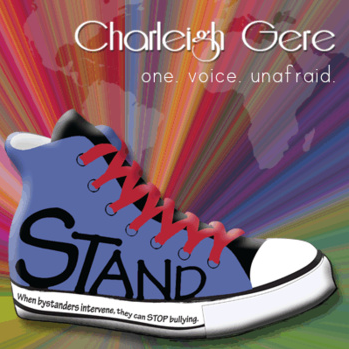 WillUStand is an example of a NIOS-type activity. The organization spreads the message of unity through music.

“Stand,” its anti-bullying anthem, was created by Vermont 12-year-old, Charleigh Gere. After experiencing a bullying incident in sixth grade and attending a community event about bullying, she and her family wanted to find a way to encourage youth to be the "one voice unafraid" to stand for others.

To help spread this message of unity, and connect youth from across the globe, Charleigh invited the world to participate in a crowdsourced music video for Stand. She created a promotional video for the project and her family launched willUstand to help organize the effort. “I Stand” premiered at Charleigh's school talent show in 2012 at the Hartford Memorial Middle School.

You can watch “Stand” and learn more about the organization here.