Filmmaker Gets Real In PSA, "Break Bullying" | Not in Our Town
Skip to main content

“It’s not just, oh, you get bullied and the next year it gradually tapers off and you’re a normal person. It sticks with you your entire life. I still get these occasional feelings, like I’m not good enough. I never felt anything like that before the ninth grade.” 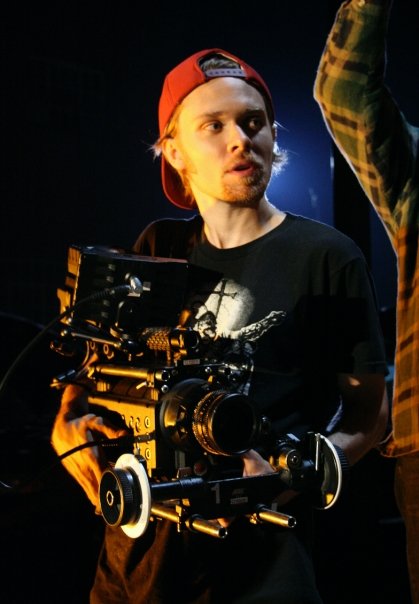 Mike Nelson, now a successful ad agency producer, knows how devastating bullying can be. He brought his own experience to a video PSA, "Break Bullying," that shows how shockingly degrading and harmful bullying can look if seen it from the perspective of an adult. (See Nelson’s bullying story below.)

“Kids aren’t going to accept something that’s watered down,” said Nelson, head of production at MAKE. “Let’s get real about this.”

MAKE is based in Minneapolis, Minn. and does commercial work for companies such as McDonalds, Target, Burger King and Blue Cross Blue Shield. Two years ago, the team began creating PSAs pro bono around issues they were passionate about and donating the PSAs to organizations they supported, including the Salvation Army, Animal Humane Society, Second Harvest Food Bank and the National Fatherhood Initiative.

As bullying makes national headlines with tragedies of heartbreaking proportions, the time was right for Nelson to finally create a bullying PSA. The MAKE team donated the PSA to Not In Our Town for our anti-bullying work. Our Not In Our School project provides videos, resources and activities for a network of educators and students that are working to make their campuses safe and inclusive for all.

While the MAKE team worked on the PSA, the original “R” rating on Lee Hirsch documentary, BULLY, attracted controversy. The rating—largely attributed to harsh language—would limit teens from viewing the film. With a few film edits, the MPAA dropped the rating to PG-13. The film has been shown to nearly 200,000 students, and as Nelson says, it’s important for all to understand how bullying really happens.

As he was scripting "Break Bullying," Nelson said, “It was easy to pull from my bullying experiences in the ninth grade.” Like the PSA, his bully was verbally abusive. But he was also “shoved a lot, pushed down, gym balls chucked out at me.” His bully often approached him with 4 or 5 others in tow.

Nelson told Not In Our Town his story: 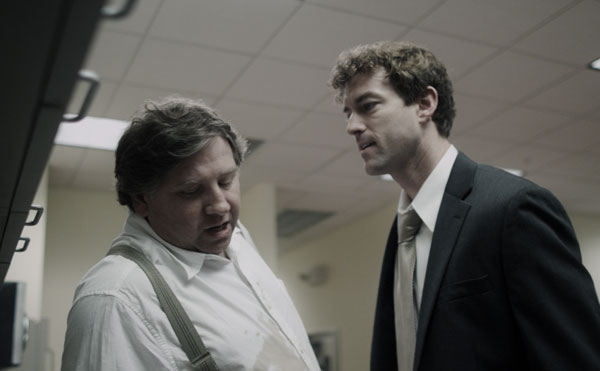 I remember the day exactly and how everything looked the day everything started. I was at my locker and it was the guy that lockered right next to me. He came up and his was mad. He was swearing a fit and I said, “Hey, calm down.” And he turned to me and said, “What the f---?”

Every day after that was the same exact thing. The threats and the insults unless he wasn’t at school that day—and those were great days—in my gym glass, engine class, and I had to see him all the time at my locker. I didn’t tell my parents for the longest time. I was always distraught at home all the time.

And what’s really tough about the whole situation is I did attempt to do something about it. I didn’t use violence, I wasn’t abrasive back. I went to the counselor’s office and told them and it got worse because they brought him in.

What’s really crazy is that recently I was talking about the spot I was doing to my Dad and the BULLY[documentary] language and he’s like, “It’s great, kids don’t need to hear that language.”

I went into explaining how bad that bullying was. It’s not just, oh, you get bullied and the next year it gradually tapers off and you’re a normal person. It sticks with you your entire life. I still get these occasional feelings, like I’m not good enough. I never felt anything like that before the ninth grade period of my life. My Dad was bullied a little in school and he even said, “I understand where you’re coming from.”

While Nelson’s bully and his cohorts did eventually stop bullying Nelson, it’s made him passionate about the issue. Nelson and his colleagues opted to make the actors adults rather than teens to drive the point home: Bullying is unacceptable for an adult and it’s unacceptable for a child.

“It’s so real and it’s so bad and there needs to be something done about it.”

Watch the bullying PSA produced by MAKE, “Break Bullying: Not in the Breakroom, Not on the Playground.” How do you relate to it? Comment and pass it on.

Ok, I just watched the video

Ok, I just watched the video and I began to cry at my desk.  Short of the actual physical contact, it has been my work life the past almost year. I have been the object of bullying by a work mate and my friends and family watched me lose sleep and agonize over a solution to the situation.

There was never any contact involved, but the snide remarks, the little comments snapping at me, the allowing ants to crawl all over my work station and then accusing me of brining them from home. The excuses of why they behaved this way, was that I am too nice always happy in everyone's face. During a mediated meeting, when asked what it was that had gotten her so ticked off at me, she stated that a year and a half ago in our former office building, I had shared too many personal stories about my kids, my sister, my life, and I said, so have I done it since then, and she stated no. Then I asked well why did you email me and say you are hurt now cause I am too secretive these days....she laughed and said, well you should read my mind.....It persisted with her going into my work station and removing items that were mine and putting them in my drawers etc. After several meetings with HR nearly a year later, it finally stopped.

I lost a full year of my life, because of the stress and worry of this situation, I became depressed, and didn't want to leave the house. It was awful, so if you think it doesn't happen in the work place it does....bullies come in all ages...:(