The hate group known as the Westboro Baptist Church has put Olympia High School on its picketing schedule, arriving tomorrow morning with its messages of hate.

When OHS Principal Matt Grant received the news, he began conversations with the school district and police. He met with students that wanted to craft a non-confrontational response. He also reached out to his colleagues through Not In Our School, receiving support and advice from successful counter-action organizers, such as educator Daisy Renazco, who supported her students when the WBC visited Gunn High School several years ago.

The Westboro Baptist Church (WBC), a Topeka, KS-based hate group known for their anti-gay ideologies, begin their protests at the state capitol today, which is the deadline for opponents of marriage equality to turn in the signatures needed to put Washington’s marriage equality law up for a vote. Olympia Unity in the Community organizes a community response.

On its website, the group claims it “will picket this high school to show your children what good looks like! Every adult that has touched their lives has lied to them.” Seventeen local pastors have issued a statement opposing the WBC and supporting the people of Olympia.

The Olympia High School student body will turn its back to these hateful messages, but only as a powerful and unifying gesture symbolizing that intolerance and harassment will not be accepted on their campus, per the district’s non-discrimination policy. 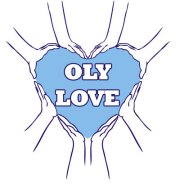 In fact, what began as a counter-protest has turned into a Unity Rally with multiple activities. The theme for the student rally is “Oly Love” and the goal is to promote Olympia Unity and support for each other's differences. Students created their own symbol for t-shirts and other items.

The counteraction will take place at Olympia High School’s main entrance, simultaneously with the WBC’s picketing on June 7, from 7:15 to 7:45 a.m. After a meeting attended by OHS staff members and about 100 students, more than 400 students and staff members declared that they plan on participating, according to the school’s Official Unity Project event page on Facebook.

Students, faculty, and participating parents are encouraged to wear T-shirts that support the students during the rally, but are asked not to bring signs or to engage with the protesters. According to the Olympia School District’s website, participants are urged to “be polite, respectful, and courteous to the demonstrators.”

In the past, members of the Westboro Baptist Church have been known to use the media and methods such as picketing to draw attention to their cause.

“It brings up a lot of strong emotions,” Grant told the Olympian. “One camp believes the best response is no response, because they are publicity hounds … Then there are others that feel if you don’t respond to acts of hate, you are also sending a message.”

Olympia's History of Standing Up to Hate

Olympia is no stranger to dealing with hate. Olympia is home to the Not In Our Town group, Olympia Unity in the Community, which first formed in 1992 as a response to the racially motivated murder of Bob Buchanan Jr., a bi-racial Asian-American teen, by neo-Nazi skin heads.

Olympia youth also took action when the white supremacist group National Socialist Movement began organizing in Olympia, organizing a school wide assembly to address the threat and express their values for a safe and accepting community. Watch the Not In Our School video of their efforts here.

Please join us in sending messages of support to Olympia High School at the Not In Our Town Facebook page and the OHS Unity Rally’s Facebook page.

Not in our Town

Good Luck tomorrow.  I say prayers for you that you will be strong in the face of the hate brought by WBC.  Know that most people are like you, peaceful, loving, caring and sharing.  The small group of haters who go by Westboro are helping test God's people.  You are followers of Jesus and children of God.

Blessings to you all.

Once again, the people of Olympia, Washington are showing what it means to stand up for each other. Thanks to the amazing school leaders and community activists-- and the stellar young people who are  shining a bright light against hate.