Library Journal honors Gilda Ramos, featured in NIOT film, for outstanding work | Not in Our Town
Skip to main content 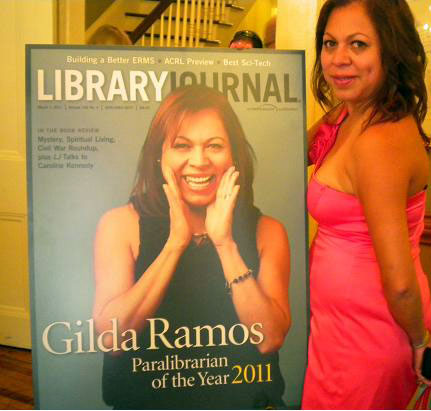 Librarian assistant Gilda Ramos’ achievements as a dedicated community leader were honored by the Library Journal with the distinguished titled “Paralibrarian of the Year” last month.

The multilingual library assistant, whose efforts to unite a town torn by anti-immigrant violence are documented in our upcoming PBS documentary Not In Our Town: Light in the Darkness, accepted the award at a special reception hosted by Library Journal during the American Library Association's annual conference held in New Orleans on June 23-28.

Ramos, her supervisor Jean Kaleda  and other Patchogue-Medford library staff played a key role in the aftermath of the murder of longtime Patchogue resident Marcelo Lucero, who was targeted by a group of teens because he was Latino.

“It was heartbreaking,” Ramos told Library Journal. “He was killed in November, and he planned to go home in December.”

Just a week before his murder, Ramos had reported incidents targeting Latinos near the library to her supervisor, who in turn contacted Mayor Pontieri. Following Lucero's death, she interpreted for the victim’s family after they came from Ecuador to grieve.

For the residents of Patchogue, N.Y., a population made up of 30 percent Spanish speakers, Ramos’ language skills and understanding of the the Latino community has truly made a difference.

“I’m able to give people a voice. You empower people when you give them the language,” Ramos told Library Journal about her work. “To truly enjoy this country and all it has to offer, you need the language and the help of a middle-person. I am that person in the Library. It is very gratifying.” 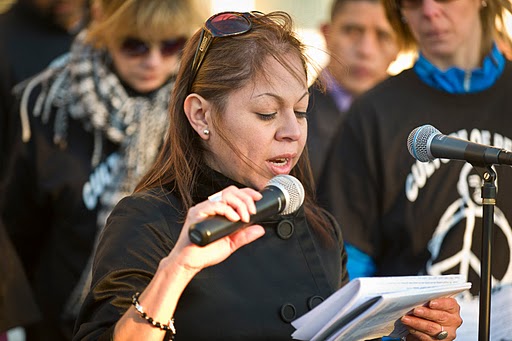 Since being hired as the library’s first Spanish-speaking library assistant in 2008, a new position that was created the previous year, the native Peruvian has paved the way for acceptance, respect—and most importantly, inclusiveness—within her community.

At the library, Ramos has effectively worked to create a connection for immigrants struggling to integrate into the American culture.

“It is difficult to live in a country where you don’t speak the language. You can’t communicate with anyone,” said Ramos. “You are left out when you are from another country.”

Everyday, Ramos helps to improve the lives of previously excluded community members by instructing computer classes at the library in Spanish, teaching English as a second language classes, and translating literature for the public. Ramos is also assisting with a patron-created program entitled “Madres Latinas,” which provides aid and resources to Latinas and their families. According to Library Journal, more than 50 of Ramos’ students who have passed through the Library’s citizenship program have become U.S. citizens. 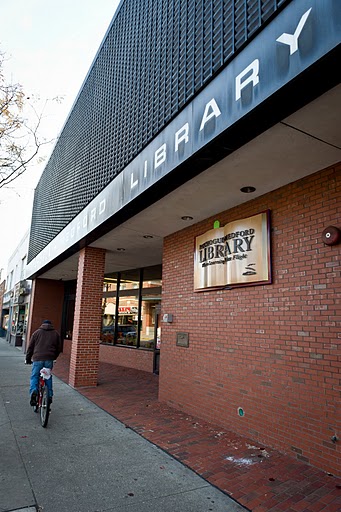 While the award highlights Ramos’ achievements, it also serves to emphasize the role of public libraries as community cornerstones.

Bilingual library services that assist and educate marginalized community members are a crucial component of community building. They are not only a tool to empowerment, but also play a vital role in raising awareness about diversity and acceptance within the community.

Lucero’s 2008 murder serves as a reminder of the need for services that promote respect and equality--as well as the need for people like Ramos, who work to defend basic human rights and diffuse racial tensions.

Using Not In Our Town: Light in the Darkness in your library

The PBS documentary special, Not in Our Town: Light in the Darkness, follows the stories of Lucero’s brother, Joselo Lucero; Patchogue Mayor Paul Pontieri; and Ramos, among others as they work to unite a community devastated by anti-immigrant violence.

In conjunction with the film’s September release, libraries across the nation are invited and encouraged to host screenings and to use the film to spark thought-provoking discussions in their communities.  Not in Our Town was honored to provide librarians a sneak preview of the film at this year's American Library Association conference, and provided resources to public programs library staff via ALA's Programming Librarian website. Through an important partnership with The September Project, we are reaching out to librarians nationwide who develop programs at their libraries to address issues of justice, democracy, and community.Here are four ways libraries can participate: