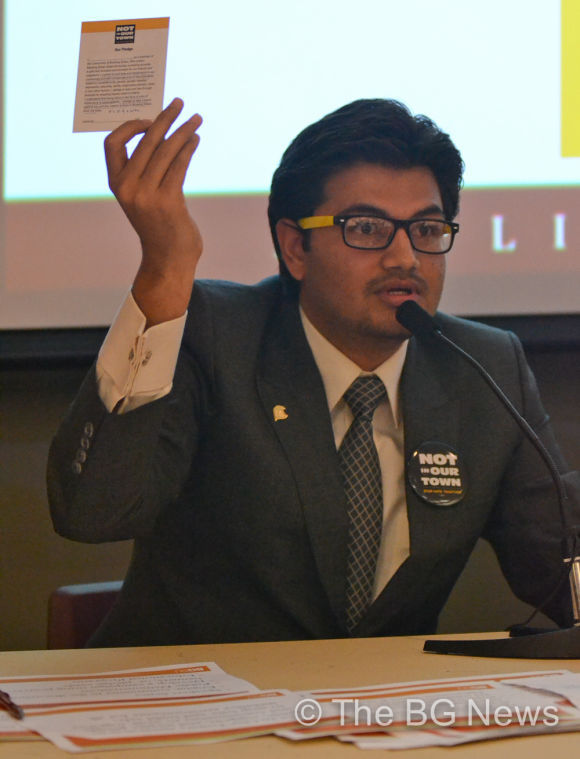 Bowling Green State University students, faculty, and community members launched a Not In Our Town Campaign after a series of racially charged tweets spurred the community into action.

After two incidents of hate speech earlier this school year, a number of inappropriate tweets came to light after a group of African-American students visited a local bar on April 4, immediately sparking a response from the Black Student Union, according to the BG News.

This incident left many students feeling unsafe and threatened. BGSU and the City of Bowling Green launched the campaign in mid-April, hosting several meetings and encouraging the community to sign a pledge for a “safe and tolerant” campus. Two hundred people were in attendance, including the university president and Bowling Green mayor, to discuss issues of safety and inclusion on and off campus.

Attendees strove to find solutions to hate and intolerance and to affirm BGSU’s commitment to social justice, diversity, and equity. Student leaders urged peers to stand up and denounce hate, whether it be on campus or online.
The Black Student Union and the Office of Equity and Diversity encouraged anyone speaking against discrimination to tweet the hashtag #notinourtown. “It started on Twitter and we want to end it on Twitter on a positive note,” BSU President Tiffany Smith told the BG News.
Arpan Yagnik, graduate assistant in the school of media and communications, said at the second Not In Our Town meeting, “It is about you, it is about me, it is about everyone coming together and saying the four magic words. Not In Our Town.”
Photo Credit: Molly McFaddin, Photo Editor, BG News

Stay tuned for more news on Bowling Green’s Not In Our Town campaign. In this short news clip below, BG24 News details the incident and response.
In:
Not In Our Town
niot
pledge
bowling green state unversity
bgsu