Marshalltown, Iowa: Community Inclusion to Stay Ahead of Hate | Not in Our Town
Skip to main content

Marshalltown, Iowa: Community Inclusion to Stay Ahead of Hate 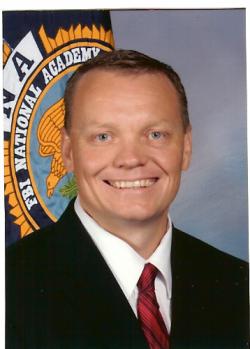 The Marshalltown Police Department has 43 sworn officers, five of which are only patrol at a time. With a population of 28,000 people, the police rely on residents to be the eyes and ears of the department.

Police Chief Mike Tupper wants residents to feel empowered to go from bystanders to what he calls “upstanders” so crimes and hate incidents don’t go unreported.

“If we as a community have the same goals, we can accomplish a lot,” he said. “People are more willing to work with our department and I think that’s because of the good work our officers are doing on a daily basis.”

Chief of the department since 2011, Tupper has kept community inclusion as a top concern through forums and other open lines of communication.

“We’re working to create better relationships with the community, like many other departments across the country,” he said.

Becoming a Not In Our Town Community

In 2012, a Sioux City high school freshman came out as gay and committed suicide after being bullied and harassed by schoolmates. Community leaders in Marshalltown saw this and, while Marshalltown had no significant issues, they wanted to be proactive.

Mike Schlesinger, publisher of the Marshalltown Times-Republican, approached Tupper, the county sheriff, and leaders from area schools, businesses, and churches.

“Our pitch to this group was we needed to do something proactively and get the word out on preventing and stopping bullying and hate before something happened here in our own backyard,” Schlesinger said.

Since that meeting, Marshalltown became a Not in Our Town community. The group raised $10,000 among one another to fund the mission.

“We have accomplished a lot but have a lot more to do,” Schlesinger said. “But our board is committed to doing everything within our power to stop bullying and hate by standing up and saying, ‘Not In Our Town.’”

The Not in Our Town name has become a banner for approaching subjects like bullying, domestic abuse, and sexual assault.

“Certainly, bullying plays a large role in most of these crimes,” Tupper said.

Having Difficult Conversations in the Community

Every October, during National Domestic Violence Awareness Month, the community fills the county courthouse lawn with orange and white flags. The white flags represent reported cases of domestic abuse, and the white, which outnumber the orange five to seven times over, represent the unreported crimes.

This May, Marshalltown also hosted its third annual “Walk in Our Shoes,” another event to raise awareness about domestic abuse.

These events allow police and the community to talk about domestic abuse, a crime committed behind close doors.

“It’s a great conversation starter. What we are seeing is people willing to have the conversation,” Tupper said. “I can go anywhere in our town and talk about Not in Our Town.”

Engaging the Community for Inclusion

The Not in Our Town name, Tupper said, helps in putting hate-related crimes under the same umbrella, opening up community discussions to breach complicated and uncomfortable subjects. For example, when they speak in schools, it includes bullying, harassment, and appropriate use of social media.

“We know it’s working because kids are speaking up,” Tupper said.

But the secret to having the largest impact is involving all aspects of the community, not just the police, Tupper said. That includes having open-door relationships and trying to reach people who don’t have all the resources as everyone else.

“It’s got to be a community driven effort,” he said.