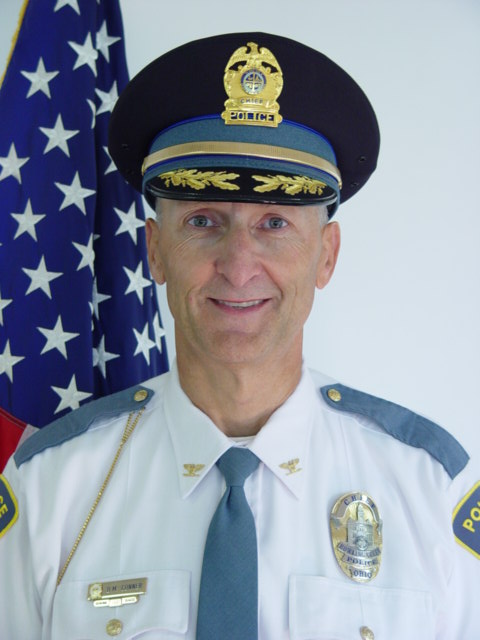 With about 32,000 residents and a university with more than 19,000 students, Bowling Green, OH, is a mix of traditional Midwestern values and young collegiate activism.

During his tenure as chief, Bowling Green saw a decrease in crime every year, and officers were given Tasers, which lowered the use of force and officer and suspect injuries.

The department receives an “excellent” or “good” rating on professionalism and conduct for 90 percent of peopled surveyed, Conner said.

“It’s not always possible to please everyone in law enforcement, but we’re proud of that,” he said.

As a nationally accredited police department, Bowling Green actively works to ensure the community is one that is safe, welcoming, and protective of its citizen’s rights.

The city created the Bowling Green Human Rights Commission in 1966, during the height of the nation’s civil rights movements.

“It’s a place for people who believe they have been discriminated against or wronged in some way to come to an impartial commission and have a voice,” Conner said.

Bowling Green began using the Not in Our Town model in 2012 after two acts of vandalism reflected racial intolerance in the community. It began with meetings with leaders from the police, city, and university.

“We saw this, took a step back, and began to work on building relationships,” Conner said.

Students at Bowling Green State University started the Not in Our Town initiative and began a collaboration between the school and community to promote tolerance along racial, gender, and sexual lines.

But there was an issue with terminology being used to promote its cause. Conner says some university students took issue with the term “tolerance,” because it implied LGBT people were something merely to tolerate.

The college students wanted to use the word “acceptance,” but Bowling Green’s more conservative base felt the gay and lesbian lifestyle was “being shoved down their throat,” Conner said.

Everyone agreed “respect” was the ultimate goal.

“Somewhere along the lines, they found a middle ground and became less radical,” Conner said.

While Conner says Not in Our Town was a “tough sell” in the beginning, also due to some poor relationships between college students and the police, the efforts created a more transparent dialogue.

All Bowling Green police officers and staff signed a Not in Our Town pledge to commit themselves to make theirs a safe and inclusive community. Visually, the pledge is seen from the link on the department’s website and bumper stickers on their cruisers.

The local Not in Our Town group even has a spot in the annual holiday parade.

Some in the community were concerned whether the new police chief would keep Not in Our Town programs and values as a priority like Conner did, but he says the mayor, city administration, and staff remain dedicated to the cause.

“It opened up lines of communication for people,” Conner said. “As a result, it made us a more welcoming community. We’re proud of that, and it won’t stop now that I’m no longer chief of police.”