What to do to “Break Bullying”? Be an Upstander | Not in Our Town
Skip to main content

What to do to “Break Bullying”? Be an Upstander

We are seeing a tidal wave of concern about the prevalence of bullying everywhere. We are also seeing the will of people across the world to do something about it. So what can each of us do? We have a simple answer: be an upstander, someone who speaks up and stands up for him or herself and others. 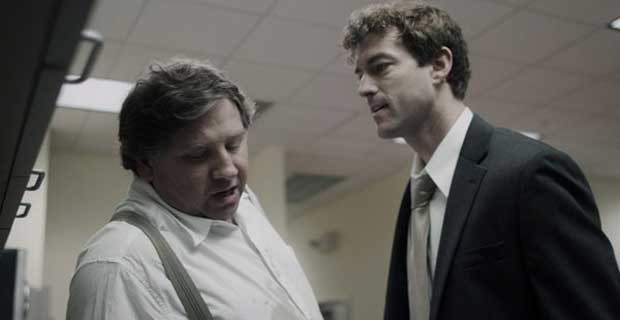 It has been 48 hours since Upworthy posted Not In Our School's short film, "Break Bullying" film and it has been astounding to watch it spread to over 2 million views. Why? This is not a cute cat video.

This is a gut-wrenching short film that has struck a nerve.

"Break Bullying" was filmed and donated to Not In Our School by Mike Nelson, an advertising executive from Make Visual Advertising Agency, who was bullied in middle school. Mike hired adult actors to demonstrate how outrageous bullying looks when you see adults do what we allow kids to do every day. Some viewers see the point, while others have shared their own experiences about being bullied at work.

At the same time that "Break Bullying" is spreading across the internet, the "Not On Our Ground, Not In Our Town" public service announcement by the Golden State Warriors has also spread to thousands. While the Warriors battle through a competitive playoff season, their PSA informs fans  that bullying is not OK in the locker room, or on the court.

We are seeing a tidal wave of concern about the prevalence of bullying everywhere. We are also seeing the will of people across the world to do something about it. So what can each of us do? We have a simple answer: be an upstander, someone who speaks up and stands up for him or herself and others.

Here are four simple ways both adults and children can be an upstander:

UCLA researchers found that bullying ends in 10 seconds when someone intervenes. How does a child do it? We suggest to simply say, “Stop, that’s not nice.” As they get older, they could say, “Cool it, you don’t need to be mean,” or simply, “Not in our school, we don’t do that here.” That can work for adults too. And, you can keep it nice by saying, “I would appreciate if you did not say that,” or “That was a hurtful comment.”

If we work at it, speaking up can become like putting on seat belts, just a common practice that can protect us from harm. And those social skills can be taught and practiced by others.

2. Get help from a trusted adult or authority.

We use the term “trusted” because we want people to consider someone who will actually listen and do something to help, rather than brush it off. At work, this is often stickier, especially if it is the boss who is doing the bullying. Jennifer Abrams of “Hard Conversations” describes a hard conversation as a “skill for which we have no training and little experience…we need support and we need models.” The Workplace Bullying Institute exposes the risks taken when speaking up at work. They warn that the target might get fired for speaking up while also offering suggestions on how to evaluate the risks in particular situations. Whistleblowers also become targets at times. However, continued bullying creates a toxic environment and has a great price on everyone’s mental and physical health.

3. Befriend the target of bullying.

This is another very important way to shift the social dynamics when bullying happens. People often bully to raise their status by humiliating and isolating the target. Reaching out can make a big difference to the people being bullied, showing them they are not alone. Laura Talmus started “National Don’t Eat Alone Day” to highlight the importance of reaching out to end social isolation.

Extending a hand to a person being bullied works for adults too. All people need to feel included and supported, especially when they are are being targeted.

4. Become an activist to end bullying and all forms of social isolation and intolerance.

More and more people are speaking up and standing up in public to end bullying. Clara Wajngurt is a math professor working to get bullying policies implemented at CUNY’s Queen College. That is why the Warriors Not On Our Ground PSA is so important. When highly respected athletes like the Golden State Warriors say “Not on our court” and NBA MVP Stephen Curry says “Not in our town,” it shows us how we all can look around our workplaces, our schools, and our communities and take a stand.

You can start now by joining hundreds around the country who are taking the Not In Our Town Pledge to Stop Hate and Bullying. Share it with your friends, and others in your community!

In:
not in our school
pledge
upstander