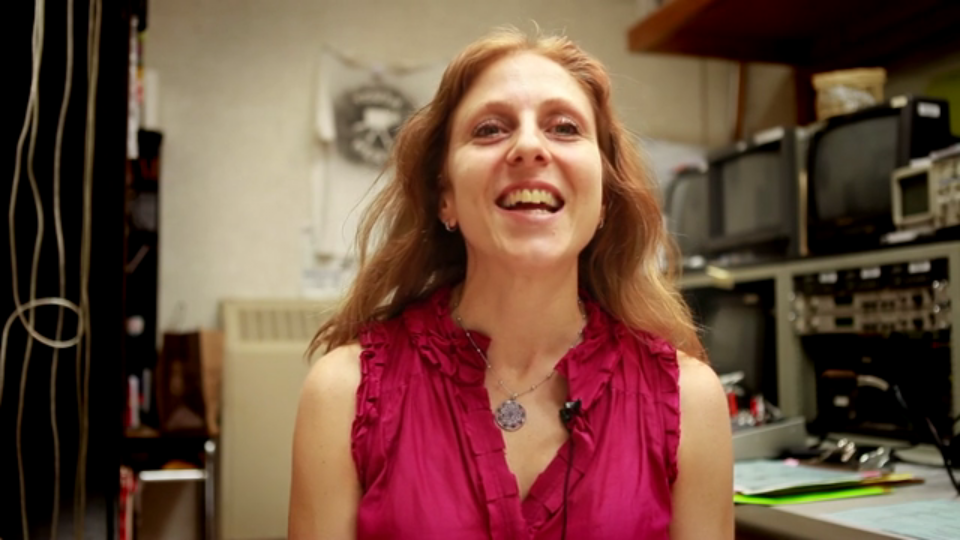 Julie Mann leads a human rights class at Newcomers High
School in New York, which has recently been focusing on the
treatment of local immigrants.

My name is Julie Mann and I’m an ESL and Human Rights teacher at Newcomers High School. About 17 years ago, I started a special human rights class at Newcomers.

In recent years, my human rights class has focused on immigration and anti-immigrant sentiments and actions, very locally in New York. More specifically, we started thinking and learning about treatment of immigrants on Long Island, first through the film Farmingville and then through the murder of Marcelo Lucero. When that horrific event occurred, my students and I felt we had to do something.

To help change negative perceptions of immigrants, we decided to teach others their stories. I truly believe that most hate crimes occur out of ignorance and fear of the unknown. I felt that if people got to know my students, they would have to love them! Last year, we created the Building Bridges project, because I felt it would help build a bridge between immigrants and those who feared them.

Last summer, while presenting this project, I was lucky enough to meet Irina Lee at the 2011 Facing History conference on immigration. She shared with me her Welcoming Stories project and I was very moved and inspired.

We discussed trying to collaborate and I was thrilled because I knew there would be a natural fit between my human rights class and her organization, First Person American. I was so happy to receive funding from Facing History, through the Margot Stern Strom Award, which gave us a very generous grant to enable our collaboration. 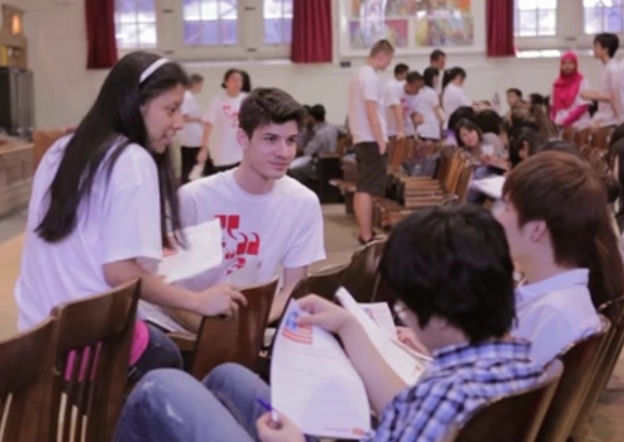 Irina and her team began working with my class in February. Immediately I was amazed and delighted to see how engaged my students were, despite the amount of work asked of them. Every Friday Irina and her team came to work with my students. At first they met in writing groups to share their welcoming stories. This went on for weeks. Next we did production, where three students’ stories were captured on film, and all of the other students were engaged in filming, lighting, sound and capturing behind the scenes shots.

I meet with my class three days per week. When 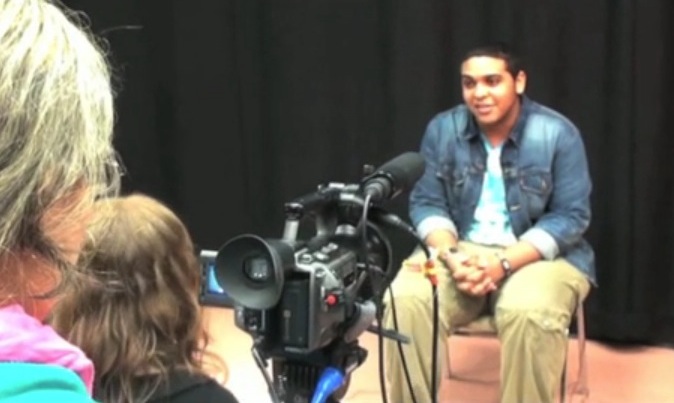 we didn’t have our Friday sessions, I took my students to the computer room to work on our class blog. There, the weekly writing assignments were posted and students revised and shared their stories. We even collaborated with students at the Eagle Tech Academy because a teacher there saw the Building Bridges Project and wanted to try to replicate it at his school. He and his students were very interested in reading my students’ Welcoming Stories, so we shared them via email and received feedback from them.

This was a powerful and transformative process for my students. First of all, by focusing on those who welcomed them, they were able to share the gratitude they felt for their welcoming person, some of whom are here today.

One of the final steps in the process was for each student in my class to “pay it forward” and go out and welcome another new student. Once they realized how important having a welcoming person was, they then felt empowered to go out and welcome others. I think this was their favorite part of the process. 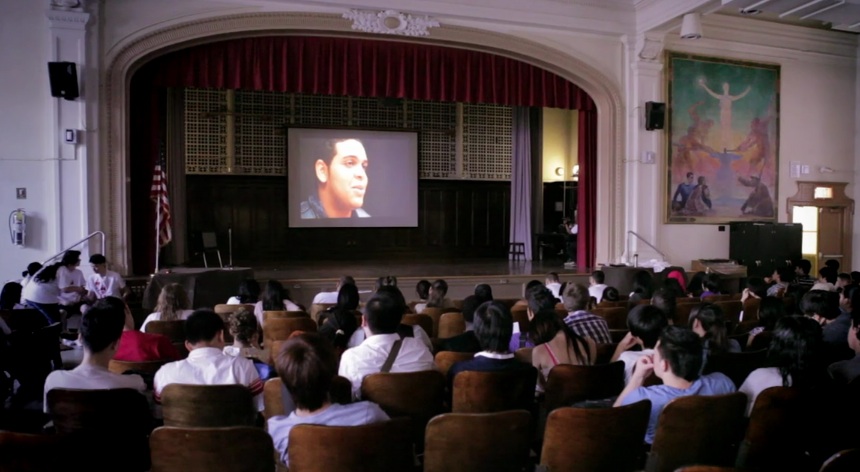 Julie's students share their films and stories at the Welcoming
Stories assembly in June.

In June, we had a “Welcoming Stories” assembly. We began by having our class lead break out sessions with other classes in which we discussed what it means to be welcoming and encouraged the students to share their own welcoming stories. We then shared the films and students from my class got on stage to share their stories live.

On Friday, July 20, we presented at Ellis Island. This was definitely one of the best days of my professional life. It was really something to be in such an important place in the history of American immigration, and have our Welcoming Stories shown.

Watch the video, "What's Your Story?"

What's Your Story? 2012 from First Person American on Vimeo.

This Welcoming Stories project was a collaboration between Mann's class and First Person American, headed by Irina Lee.

I always thought this was insane without knowing it, but, after I watched it, it kind of change my mentality, and, I wish I had a class like this where I , also, coould share my story.