Six Minutes In August: A Mayor's Story of Community Healing After Hate | Not in Our Town
Skip to main content

Six Minutes In August: A Mayor's Story of Community Healing After Hate 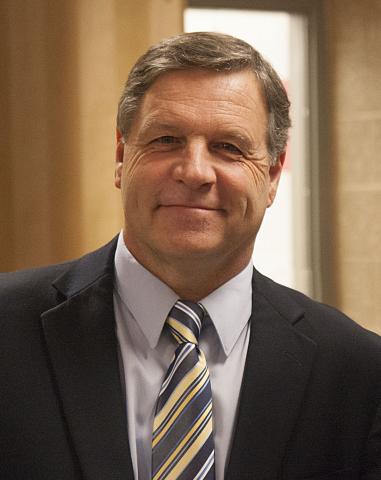 Stephen Scaffidi, Mayor of Oak Creek and Author of Six Minutes In August
Just months after he was elected as Mayor of Oak Creek, Wisconsin, Mayor Steve Scaffidi was faced with the challenge of leading a town that had just experienced one of the deadliest hate crime attacks in recent history. His new book Six Months In August profiles a community in crisis from the perspective of Mayor Scaffidi. Patrice O'Neill, Executive Producer and Director of Not In Our Town's Waking In Oak Creek, sits down with Mayor Scaffidi to discuss his newly released book.

Six Minutes in August tells the story of the brutal murder of six members of the Sikh Temple of Wisconsin on August 5, 2012, and the aftermath of that day's events on the community of Oak Creek, its newly-elected mayor, and the families of the Sikh Temple. The shooting, carried out by a hate-filled white supremacist, stands as one of the worst acts of violence carried out in a place of worship in U.S. history.

The book begins on the morning of August 5, from the first frantic 911 phone calls from inside the Temple, to the incredible stories of the victims' family members who played an important role in the community's recovery. It details the reactions of national leaders to the shooting, the treatment of Sikh Americans, and follows Oak Creek Mayor Stephen Scaffidi as he helped to heal his community. From the suburbs of Milwaukee to the White House in Washington D.C. Six Minutes in August is the story of that journey and Oak Creek's inspiring response to hate and violence.

What do you hope people will take away from the book?

I want the reader to learn about what happened here in Oak Creek, but also to get to know the people involved in the way that I did after the shooting. The story of Oak Creek goes well beyond the violent acts of August 5, 2012. It's really a story of recovery and understanding that despite our differences, the power of diversity and acceptance is what can make this country great. We've seen waves of immigration in our history, but we shouldn't have to continually struggle to accept those who look, speak, or pray differently.
In the book, you describe how individual members of the Sikh community came forward to engage with you and other community members. Why do you think that happened, and what lessons are there for all of us about how to connect.
I refer to this a lot in the book, and it's really why I think we've been perceived as "getting it right" as far as our response goes. Because our Sikh community reacted not in anger or with a desire for vengeance, but in a peaceful way, I think our community made a much quicker connection to them. It's really rooted in the tenets of their faith, and I think they demonstrated that from the very first moments after the shooting.
What pieces of advice would you offer to Mayors who have to face this kind of trauma and tragedy?
In the final chapter of the book (A Way Forward) I talk about the importance of connecting with other leaders BEFORE an incident like this happens, especially those that have dealt with similar tragedies. Unfortunately that list is long. I benefitted from the mentorship of Aurora, Colorado Mayor Steve Hogan, who called me the night of the shooting. I would say having a good line of communication with local media. They can be a valuable asset in disseminating information and in diffusing some of the negativity associated with situations like ours. If you let the violence be the only story, that's what will be talked about. The other important piece is connecting with all of your local organizations, school districts, civic and faith groups, law enforcement, etc. Bring these stakeholders together periodically to review the "health" of your municipality, before a tragedy occurs.
What are you most proud of about your city?

I will never forget how thousands of our residents came out to a community vigil, just two days after the shooting. More than 5,000 people came together to grieve and hear about the lives of the individuals who were lost on August 5, 2012. Many powerful connections were established on that night in the park, and those relationships continue to this day. Out of great tragedy came a belief that we were all one, and that the tragedy would not define us, but rather our response.
You talk about it in the book, but can you describe some of the personal change you've experienced since August 2012?
I think the biggest change for me is in my willingness to tackle tough issues beyond what a small-city mayor typically deals with. I took a piece of advice from Vice President Joe Biden who essentially said: you don't have to be in Washington D.C. to make a difference. I took those words to heart, and make a point of talking about diversity, acceptance and working to bring different groups together in every presentation I do. This book is part history, but also part education. I learned after the shooting, that all of us are really the same, however clichéd that may sound. It's in overcoming our fears, our personal biases, and our hesitation to embrace someone who acts or appears different, that we can actually make a long-term impact on violence in this country. I think it's much more difficult to hate someone that you have made a connection with, so connecting people is something I will continue to work on.
Learn more about Six Minutes In August at the website and Facebook page.
Order a DVD of Waking In Oak Creek here.
In:
Waking in Oak Creek
Oak Creek Wisconsin
hate crime
Wisconsin
oak creek
Oak Creek WI
book