Nick Salazar: How I Started a NIOT Group in MY Town | Not in Our Town
Skip to main content

Nick Salazar: How I Started a NIOT Group in MY Town

What would you do if you saw a swaztika painted on the wall where you went to school? When it happened in Nick Salazar's town he knew he had to do something.

Three weeks after the election, an elementary school in Muscatine, Iowa was vandalized with a swastika symbol, "Trump," and other white supremacy hate speech directed at African-Americans, Latinos, and the LGBTQ community. Local resident Nick Salazar decided to take action.

"This is the school that I went to my whole childhood, where we learned to embrace our differences and to love one another." Salazar said. "These were my core values as a person and this incident shook these values not only for myself but our community."

Salazar and activist Linda Kelty responded to the incident by founding Not In Our Town Muscatine. Using the NIOT model, they have connected with community leaders, police, interfaith groups, union leaders, and educators to take a stand against bullying, intolerance, and hate.

"When our community goes through times that are not ordinary, we must be extraordinary, which is why I decided to launch a Not In Our Town Campaign in Muscatine," Salazar said.

Over President's Day Weekend, more than a hundred people in Muscatine took to the streets to express solidarity with their immigrant neighbors in a Not In Our Town peace march. 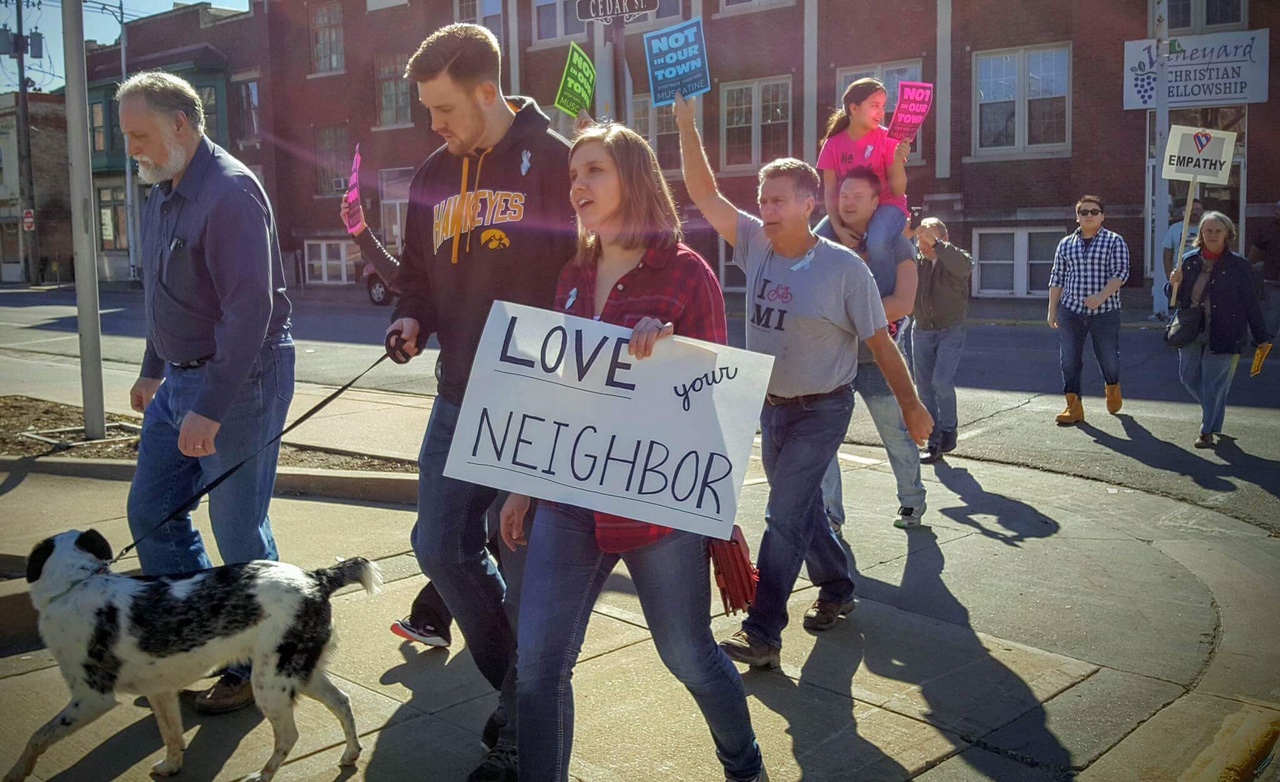 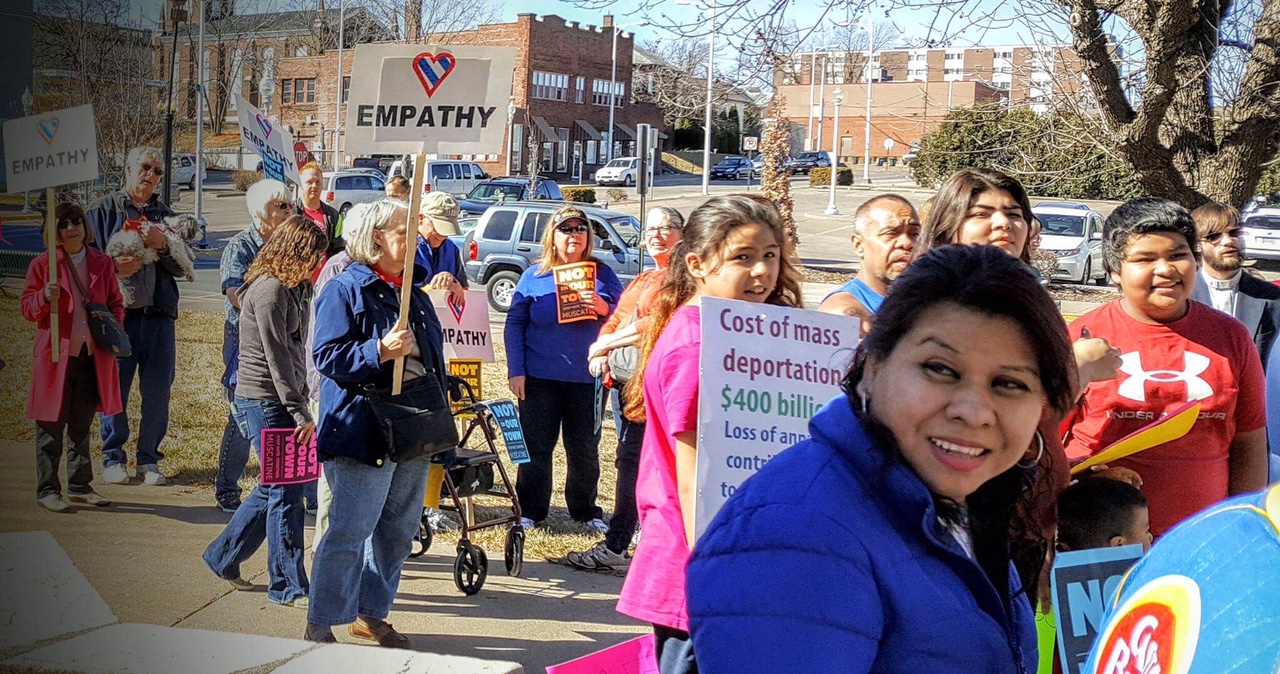 “We are going through profound times of anxiety and uncertainty and some of the values of the community are being diminished,” Salazar told KWQC. “We think right now is a good time to bring people together to sort of stand up, against hate, bigotry and racism.” 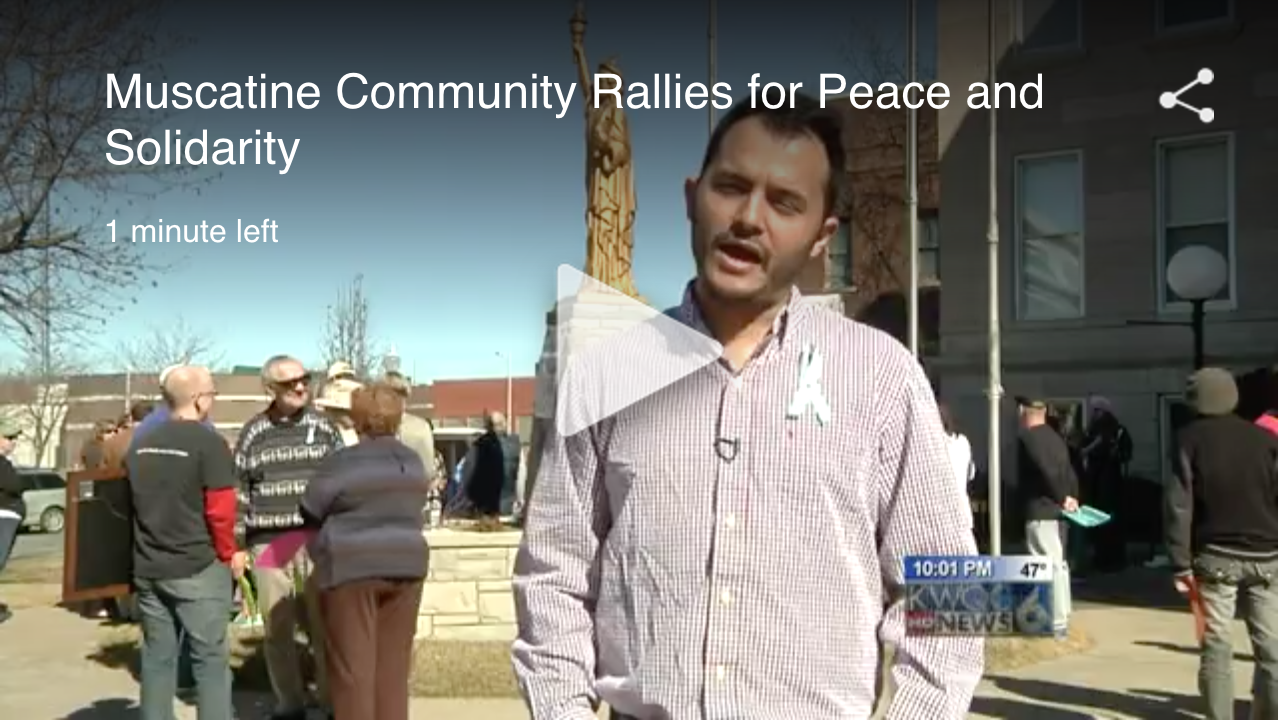 Salazar and Kelty found that rallying community stakeholders from the most marginalized groups - that had uncertainties- was difficult. In the early days of their NIOT chapter, the focus was pivoted to the people of Muscatine. It didn't take long before other residents and local organizations vocalized the need for a platform to discuss and address the issues face the community and the country. "Once we had solidarity within the community, it was much easier to get community stakeholders to come over," Salazar recalled.

Salazar remembers his childhood in Muscatine as a place where people of diverse racial, religious, and cultural backgrounds lived together peacefully. A place where the community was strengthened by the diverse collective identities. Comparing the past with today's Muscatine, Salazar pointed out a rise in the Latino population, citing that Latino population in Muscatine is 17% - the largest in Iowa. "But never has this community of so much diversity been faced with a political and social stigma that diminishes their identities and shared values," Salazar said.

The payoff since the NIOT initiative has been huge and we have not even had our first initial screening yet. We have sparked dialogue and civic engagement with like minded people and groups within the community through media regional news, local paper, and circulating a petitions across town for people to take the pledge against hate and violence. The network of people and organizations keeps growing by the day and have a lot of momentum going into our first screening.

How to Start a NIOT Group in Your Town

Read Five Steps to Creating a Group in Your Town

A good way to launch your Not In Our Town effort is with a screening event with the film Waking In Oak Creek. A city hall or town hall event would be a great way to convene a cross section of your community.

Here is a link to the quick start guide for Not In Our Town action.

Here's a NEW JERSEY story about Not In Our School action.

TAKE THE PLEDGE to stop hate and bullying. We are partnering with the Golden State Warriors for this campaign. You can localize it with your hometown team, or simply have a Bayonne based pledge.