Mixing It Up with Maureen Costello: After the Controversy | Not in Our Town
Skip to main content

Mixing It Up with Maureen Costello: After the Controversy 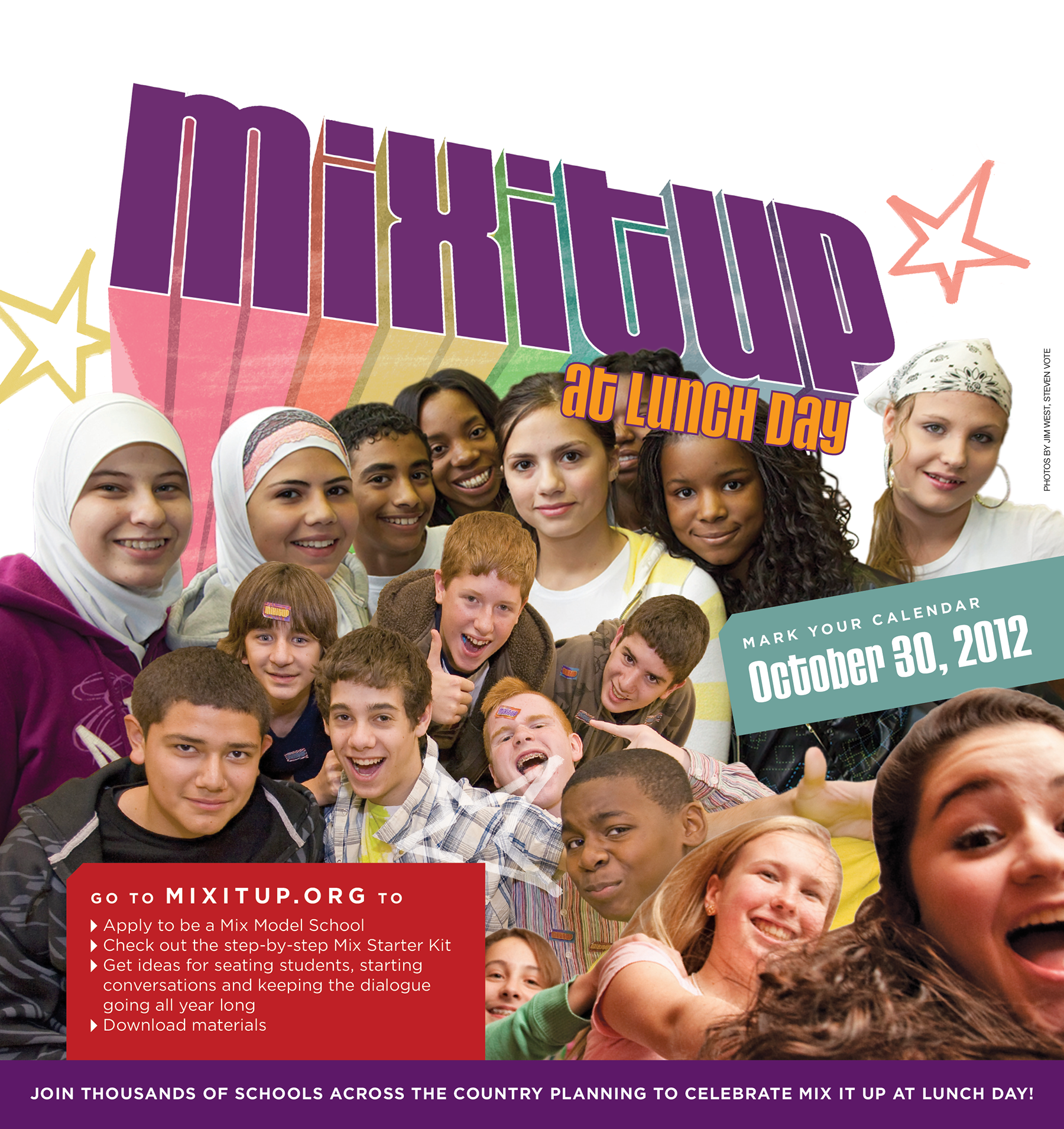 Mix It Up Day at Lunch Day—an annual event hosted by Southern Poverty Law Center’s Teaching Tolerance program—was recently called a “nationwide push to promote the homosexual lifestyle in public schools” by The American Family Association. The AFA is an anti-gay evangelical group that is asking parents to keep their children home on Oct. 30 to avoid Mix It Up Day activities, according to the New York Times.

This week, Not In Our Town Executive Producer Patrice O’Neill spoke with Teaching Tolerance director Maureen Costello about the controversy and why activities like Mix It Up Day pave the way for accepting and safe schools.

Patrice O’Neill: What’s the idea behind Mix it Up Day? 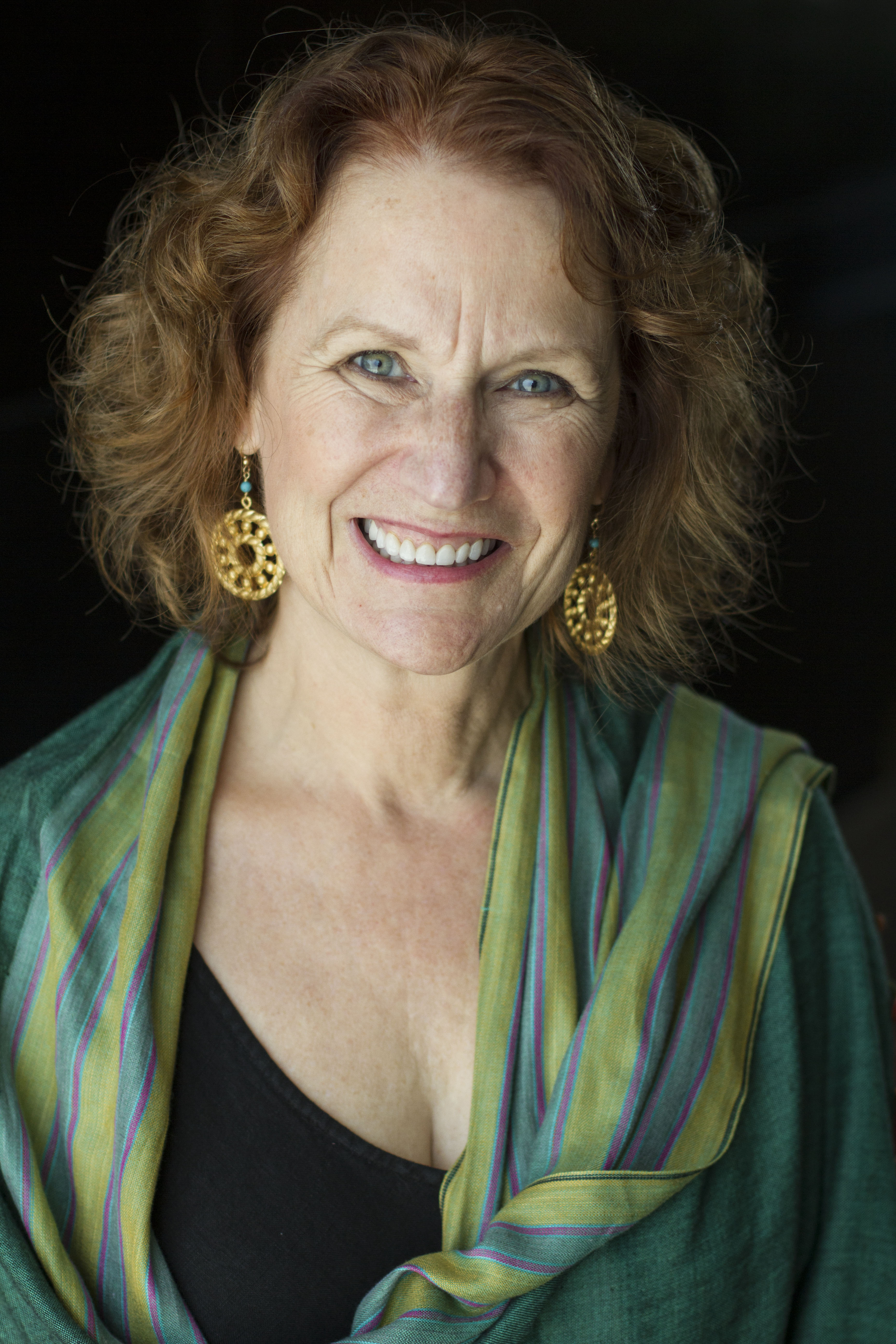 Maureen Costello: “Mix It Up Day” is about breaking through stereotypes. It’s trying to get kids to see past the labels and get some courage, feel comfortable, meeting somebody new, and trying to discover that there is a person behind the stereotypes, behind the label, who has probably got something in common with them.

PO:What are some examples of how it’s worked that you’ve seen that you think are really good examples?

MC: Usually, on that day, there’s going to be a kind of fun way of random seating in some schools, like you have playing cards and you go to the table that’s decorated with your playing card, or they use lifesavers, or they have a table with the letters of the alphabet, and you find one that matches your first name. It’s basically just fun and random. And then there are usually icebreakers at the table, conversations starters.

And the schools that make it work, make it fun and non-threatening, so what they might do then is have some games where people are challenged to demonstrate what they’ve learned about other people at the table.

PO: What was your reaction when you saw the American Family Association’s accusations about Mix It Up Day?

MC: I thought that they were bizarre. You know, neo-Nazis typically go after us for Mix It Up Day claiming that we’re forcing race mixing in the cafeterias. So this was of that variety, but I was just appalled by the deliberate misinformation. And I was worried about schools, because I knew that they were going to start getting phone calls.

PO: Have you heard about them? Did that happen, in fact?

MC: Oh yes. We’ve heard from probably a couple hundred schools that have. And many of them were not even aware of the AFA campaign, so they didn’t know where this was coming from, so we also responded by getting information out there. The interesting thing is that, we heard from about 200 schools, most of the schools who’ve signed up have stayed signed up.

PO: Okay, so let’s talk about their specific accusations, that this is a gay agenda.

MC: What I said on CNN is that [AFA spokesman] Bryan Fischer would find a gay agenda in a bowl of ice cream. You would have a very, very hard time finding anything about sexual orientation in any of our Mix It Up materials. In fact, there is nothing specifically explicit about sexual orientation, and we find that the kind of intergroup relations that we’re talking about for Mix It Up are rarely about sexual orientation. It’s usually based on the kind of self-segregation that is usually race, socioeconomic status, school assignments—you know who is the advanced classes, who isn’t, who is in the arts classes, whatever. Those are the kinds of groups, the kind of boundaries that we’re trying to break open. 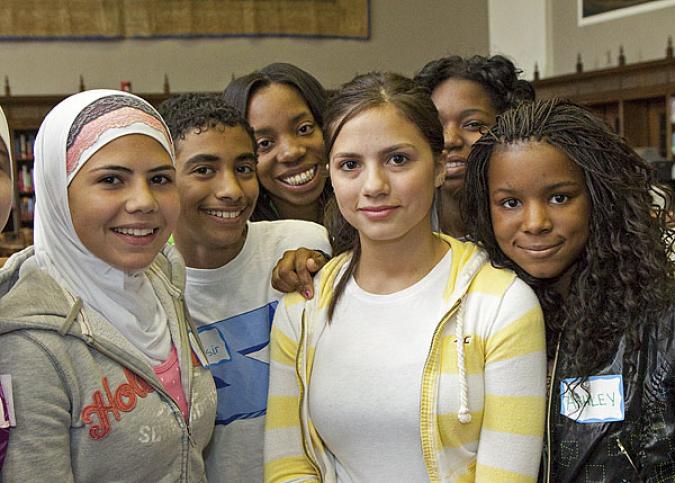 But at the same time, let’s be really clear. Bryan Fischer is right. The SPLC and Teaching Tolerance believe that LGBT kids should have equal access to education, they should be free from harassment in school, and to the extent that Mix It Up helps that happen, then I guess it’s part of the gay agenda.

At one point he said, “It’s not about homosexuality, then why don’t you put a disclaimer on your site? This is not to be construed as part of the gay agenda.” And no, I’m not gonna do that! Because gay kids deserve to be in school too and they deserve to be free of harassment.

PO: SPLC called the AFA a “hate group” why is that? Do you think that was part of the retaliation?

MC: It was clearly part of retaliation. SPLC called the AFA a hate group not because of their position against homosexuality and not because they’re Christian, although that is what the AFA would like you to believe, but because they disseminate all sorts of demonizing information about the LGBT community.

PO: Why are you committed to this work?

MC: It’s just part of who I am. It goes back to me being a child of the 60’s. I went to progressive Catholic schools that believed in social justice, I taught in that kind of environment, and I have a deep commitment to social justice, equity, and fairness. And so frankly, having gotten 2 to 3 weeks worth of hate mail, where I have been called an “abomination before God” and have had Biblical plague squished upon me, if anything it’s increased my resolve. Because all I can think about is, I can walk away from this in some ways, but a 14-year-old gay youth in a school where he’s being hit with that constantly, can’t walk away from it. And you know that’s what keeps me in this work.

You know, I started out as a teacher. You teach because you want to improve the world. I still kind of believe that that’s possible.

Learn more about Teaching Tolerance’s Mix It Up Day.

Groundswell, an interfaith coalition, is asking for supporters to sign a petition that supports Mix It Up Day. The pledge reads, “Our faith traditions teach us the simple moral truth: love your neighbor as yourself. As people of conscience, we support ‘Mix It Up at Lunch Day’ so our children can inherit a world where acceptance and respect trump fear and hate.’ Find the petition here.