It Gets Indie: Young Upstanders Throw Second Annual LGBT Benefit Concert | Not in Our Town
Skip to main content 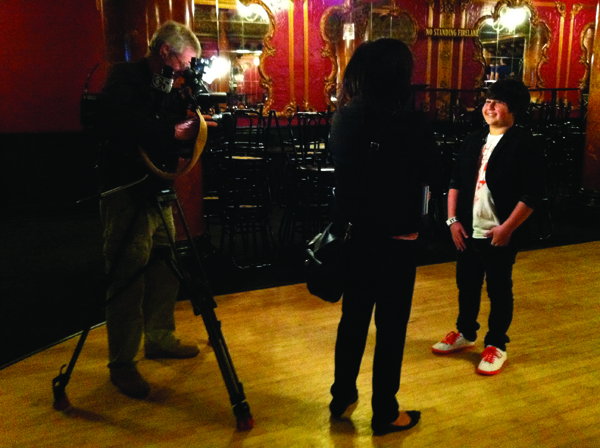 When Julian Hornik was cyber-bullied for being gay, he didn’t have to worry about having anything but the full support from his family.

In middle school, the young musician found derogatory comments on YouTube videos of his performances. Classmates created a Facebook page that targeted him for being gay. With the support of his family, he said it wasn’t hard for him to “push it away.”

Julian and his younger brother Noah are part of an extended family of people who support LGBT rights. While Noah has not personally experienced bullying, he believes the internet allows people to feel “safer and more confident” when they bully and harass others.

“They don’t have to see the impact,” Noah said. “People will go a lot farther.”

Noah witnessed the bullying of his older brother Julian, but was also shocked by the rash of LGBT youth suicides that began getting national media coverage in 2010. The family encouraged open discussions at home. These tragedies moved Noah to fight against the reality of “people taking their lives because of who they are.”

In the eighth grade at the Nueva School, Noah and a friend started a Gay Straight Alliance, a rarity in middle schools. Still, Noah said, “What I was doing wasn’t enough.” 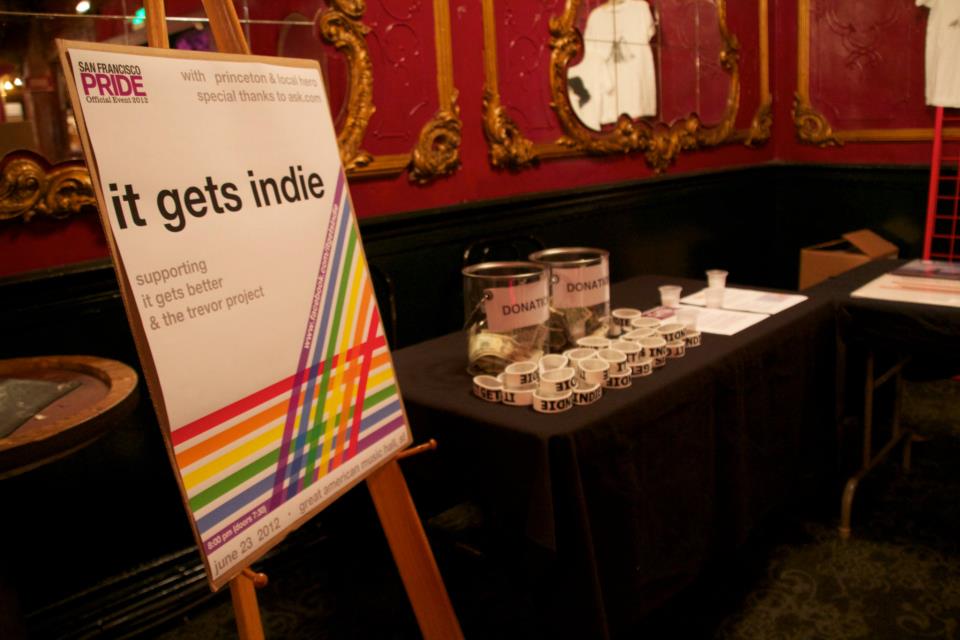 The It Gets Indie event took place at Great American Music Hall. Here is
the donations table and official poster. Photo: FB.com/ItGetsIndie

The same year Noah established the Gay Straight Alliance, he was presented with the task of imagining a project that might better the world. He combined his love of indie music with a cause that he cared about, created a plan, and ran with it. It Gets Indie was birthed as a benefit concert to support anti-suicide work among U.S. LGBT youth.

The 13-year-old contacted indie bands through their websites and booking managers and worked with the Great American Music Hall in San Francisco. He also managed to raise more than $7,000 with a Kickstarter campaign. Between Kickstarter and ticket sales, It Gets Indie raised $20,000.

The first It Gets Indie in 2011 hosted bands Handshakes, Social Studies and Rabbit. Actor Avan Jogia from the Nickelodeon show Victorious was in attendance. It Gets Indie 2012 has garnered news coverage from the Huffington Post. 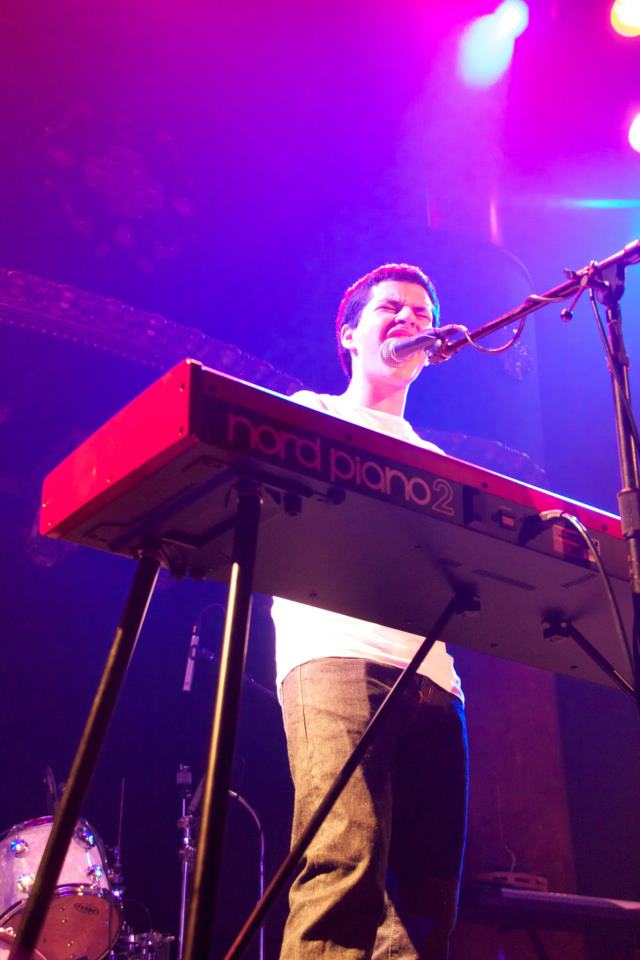 This year, It Gets Indie was listed as an official pride event in San Francisco. On June 23, music lovers went to the Great American Music Hall to see indie bands Los Angeles-based Princeton and Local Hero of Berkeley, CA.

Julian has performed at both concerts, including his song “It Gets Better” in his performances.

Ask.com sponsored the 2012 event. An attendee of It Gets Indie 2011 loved one of the bands and the cause so much that he agreed to match ticket sales. In all, Noah raised another $20,000 for the Trevor Project and the It Gets Better Project.

The Trevor Project is a national anti-suicide and crisis intervention organization. It Gets Better videos features people talking about their own experiences with bullying and harassment, and offers of love and support with an anti-suicide message.

Noah urges LGBT youth to stick around through harassment and bullying.

“Things are going to change,” said Noah, now 15 and a sophomore at the Phillips Academy in Andover, MA. “You want to stick around to see that and watch it happen.”

Julian, now 17 and applying for college, echoed this sentiment, sending the message that it is possible to find supportive people.

So what can supporters look forward to for the next It Gets Indie? Noah says to look out for a bigger crowd and famous bands.