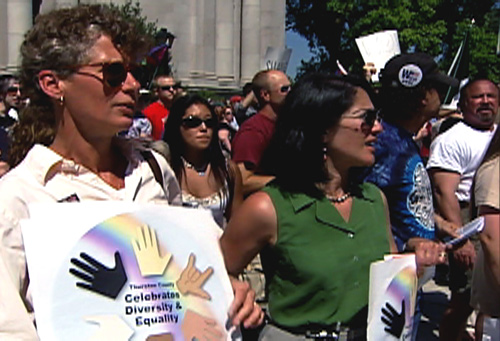 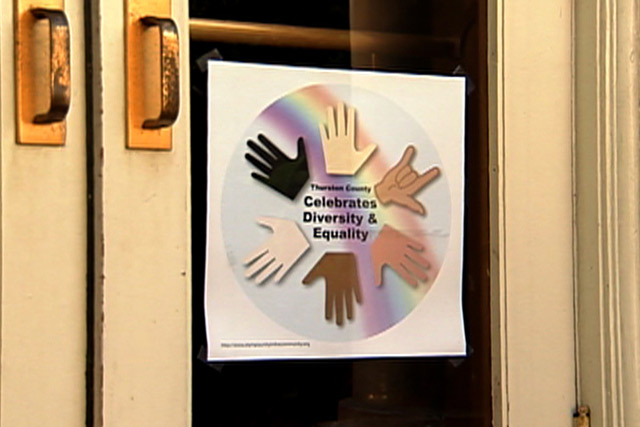 HOST A COMMUNITY MEETING. Engage your list of allied individuals and groups to come together. If your community has a natural focal group (for example, a strong human relations commission or an interfaith alliance) to convene such a meeting, work with them to host the meeting. It may, however, be more inviting to create a new coalition. By creating a temporary alliance of distinct parties, persons, or states for joint action, you will create a more neutral environment in which diverse parts of your community can feel welcome to participate. In choosing the facilitator(s) to host and facilitate the meeting, deliberately seek out two or more people who themselves represent the diversity that you seek to build among your coalition. Recognize that diversity means differences. Not everyone will agree on what to do. Some folks may want to directly confront and drive out hate groups. Some folks will want to change the focus entirely to celebrating diversity. Encourage your facilitators to model how people with very different strategies (confrontation vs. celebration, radical vs. mainstream, secular vs. faith community) and divergent backgrounds (racial, faith, sexual orientation, age, or gender) can find ways to bridge the gaps and work together.
Develop an agenda that allows time for introductions, a clear and accurate accounting of incidents, discussion of options for community responses and a development of an initial plan of response, and brainstorming of action committees and future tasks. Develop and maintain a coalition structure that keeps everyone informed, allows for meaningful participation by all members, and then get busy.
DEVELOP AN INCLUSIVE COMMUNITY-BASED RESPONSE. Based on the agreed plan of response, facilitate the coalition’s work toward unifying the community in an appropriate response to hate activity. The range of community responses include rallies, speakers series, school engagement, marketing materials and newspaper ads, and counter celebrations.
SAFETY PLANNING. Take hate groups seriously. Encourage the visible leaders of your effort to exercise some prudence without bringing their actions to a halt. Express your reasonable concerns to law enforcement and set up a buddy system for late night meetings. If needed, consider hiring off-duty police for security. These steps provide security, are good talking points for why your community needs to coalesce, and reinforce for law enforcement the importance of serving and protecting local “good guys” like your group.
FOLLOW UP. If there are victims of hate crime, work with local crime victim advocacy organizations and tap local businesses to provide material support, from medical care and counseling, to legal advocacy and painting or repair work for graffiti or vandalism. If your activities included a focal event, such as a rally, host a subsequent de-briefing session to talk about what worked, what didn’t, what to do differently next time and to resolve any conflicts that arose between coalition members.
Local Lessons:
When Hate Comes to Your Town
NIOT:
law enforcement
hate crime response
olympia
washington
neo-Nazi
hate group response
community response
unity in the community
resources
victim support

I'm contacting you with regard to a book I'm writing for young adults on the topic of Hate Groups. The book includes a chapter, called "Perspectives," in which interested parties can write a 1,000-word essay on any aspects of that issue. I've just come across your article on responding to hate groups and am very impressed by your ideas and your work. I'm wondering if one (or both) of you would be interested in writing an essay for Chapter 3 of this book.

The author pays a $100 honorarium for the essay, and my planned deadline is June 15, 2020. If either of you or anyone else involved with your organization would be interested in writing such an essay, I would be happy to provide more detailed information.

In any case, I'm aware that we're living through a difficult time, and appreciate your having taken the time to read this email.