Light in the Darkness: In Your Community | Not in Our Town
Skip to main content

Light in the Darkness: In Your Community

Not In Our Town: Light in the Darkness profiles a town standing together to take action after anti-immigrant violence devastates their community and reveals conflicts that had been simmering for a long time.

As the people of Patchogue demonstrate, simple actions by regular people can become important steps towards healing community divisions and building safety and respect for everyone.

Here are some ways you can shine a light in your community.

Suggested Action Ideas
1. Host a “Light in the Darkness” Screening and Discussion

Email info@niot.org for Not In Our Town: Light in the Darkness screening kits, discussion guides and activity ideas you can use in your neighborhood, library, civic group, or school.
If you have organized or attended a screening, please take a moment to fill out an organizer report or viewer evaluation form. We are trying to make our work better and help others understand the impact of what we do. Your participation in this voluntary survey is much appreciated. 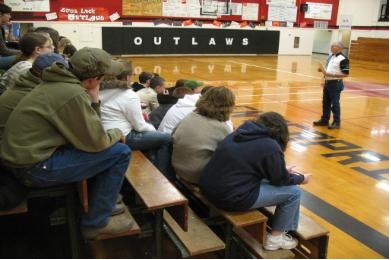 An example from the Not In Our Town movement:
Community groups in Eastern Oregon came together for a screening of the original Not In Our Town, last year. Afterwards, guest speaker Wayne Inman, the former Billings, Montana police chief who helped change the way law enforcement responds to hate crimes, shared his experiences.
Inman also led a discussion about hate and intolerance with 100 junior and high school students after they were shown the documentary in class.
2. Proclaim Your Values
Get your town to pass a proclamation or resolution supporting diversity and opposing hatred in public spaces. 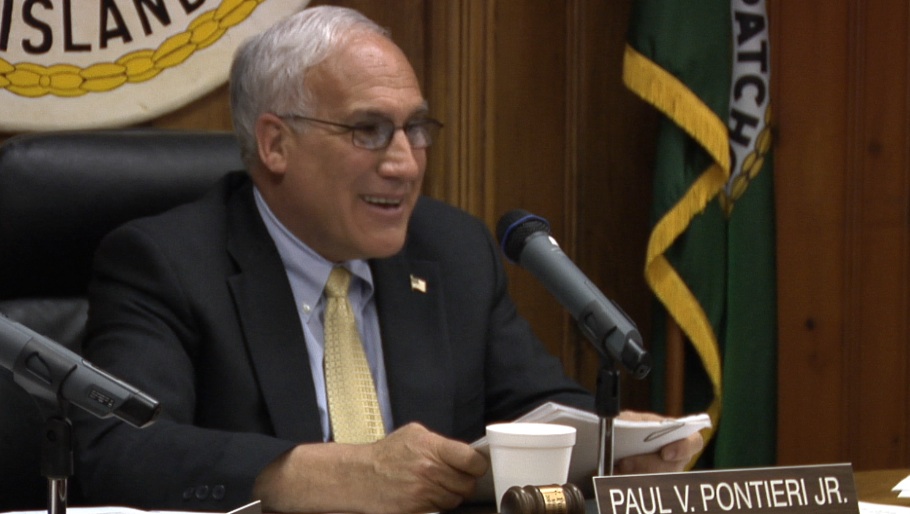 In the film Light in the Darkness, Patchogue's Mayor Paul Pontieri and the village trustees voted on a resolution about the use of language in public discussions about immigrants.
In 2008, a series of attacks against Latino residents of Patchogue, New York, culminated with the murder of Marcelo Lucero, an Ecuadorian immigrant who had lived in the Long Island village for 13 years. By adopting the resolution against anti-immigrant rhetoric on March 9, 2009, the community not only took a stance against hate, but also took a step towards healing.
3. Organize a Rally or Vigil
Bring members of your community together to show your support for diversity and acceptance. NIOT.org features organizing ideas from towns and cities across the nation.
An example from the Not In Our Town movement: In a non-violent marching rally, residents from East Palo Alto and Palo Alto marched from one city hall to the other to protest the practice of racial profiling by the Palo Alto Police Department against African Americans and all people of color.
4. Organize a Community Photo for the Not In Our Town Digital Quilt

A group photograph can show your town’s support for safety, acceptance and respect. Bring your town together for a community photo, and help build Not In Our Town’s digital quilt of inclusive towns across the country. 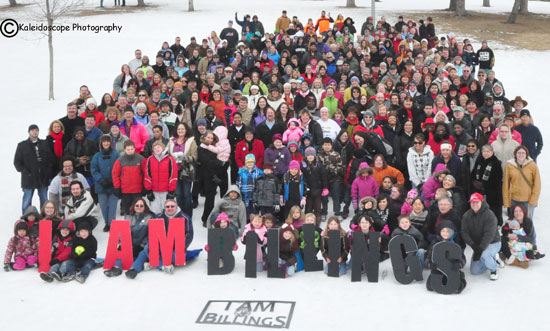 An example from the Not In Our Town movement: In January, just two days before the federal Martin Luther King Jr. holiday, the community in Billings, Mt., gathered amid freezing temperatures for the first and largest community photo.
The community photo was taken after the group's Summit on Hate in November, which brought together community leaders to discuss and seek solutions for a resurgence of hate violence. As the original Not In Our Town group, NIOT-Billings has been proactively fighting hate and building community for years, and their story continues to inspire towns across the U.S. to stand up to hate.
5. Start a Library “One Book/One Community” Club

Libraries are safe havens for people to learn about other cultures and backgrounds. To read more about the role of libraries in Patchogue, visit niot.org/LightInTheDarkness/Library.
Reading together is a wonderful way to bring your community together and discuss important topics. Here is a book list, gathered from the Not In Our Town community, to read with your neighbors. The list includes children's books as well as novels and nonfiction books.
An example from the Not In Our Town movement: See what concerned residents of Fort Collins, CO, have done in an effort to create awareness in their community.
6. Get to Know Your Neighbors
Who lives around your corner, or down the block? Host an office or neighborhood potluck. Seek out and invite the diverse residents of your community to share food and stories with one another.
For more ways you can take part in the national campaign, or to submit an early request for the film and resources, please email info@niot.org.

Support for this program is provided by PBS and the Corporation for Public Broadcasting; the Einhorn Family Charitable Trust; the Reva and David Logan Foundation; and the Public Welfare Foundation.