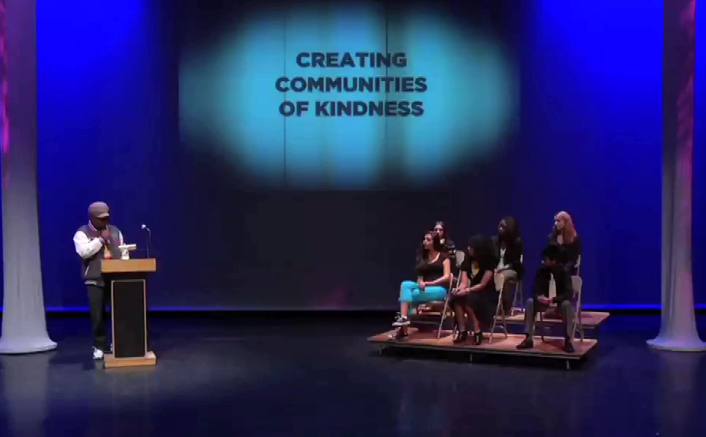 Not In Our School video, “Students Stand Up to Cyberbullying,” and two students from the film were featured at the Common Sense Media Digital Citizenship Day Town Hall. As Watchung Hills Regional High School teacher Cara Yuknis put it, “As long as we have students like Akshay and Sarah who stand up for what is right and who inspire others to use social media sites to ‘Create Communities of Kindness,’ our future is in good hands.”

A segment of the film Not in Our School film, “Students Take on Cyberbullying” was shown to the audience of more than 100 educators, parents and students. The piece was named “Creating Communities of Kindness” for WHRHS students’ work in creating a Facebook page advocating tolerance and acceptance.

Sarah and Akshay impressively answered questions with poise, intellect, clarity, compassion and honesty. These “digital activists” gave advice to students related to combating cyberbullying, including how to be an upstander and the importance of self-confidence and self-empowerment when dealing with slurs and offensive online posts.

I was impressed by all of the students on the panel. They were able to articulate the difficulties young people face regarding online bullying and posting of obnoxious or egregious comments. Here are some memorable take-aways from the student discussion.

Admittedly, it is difficult to be the one to take the first step. The panel provided great answers including standing up and taking a stand to find that others might as well. I was really impressed by the students’ honesty in discussion and their openness to difference viewpoints. I was also especially proud of Sarah and Akshay, who did a great job. My students loved the event and had a great time.

The event concluded with a performance by poet Marshall Davis Jones. The town hall event will be aired on MTV in the near future. Thanks to all at Common Sense Media for putting together a wonderful event that facilitated a great student led dialog.

A Little Piece of a Big Movement: A Student’s Perspective

While at the Common Sense Media Digital Citizenship event, I was reminded of a Robert Louis Stevenson quote. He said, “Every heart that has beat strongly and cheerfully has left a hopeful impulse behind it in the world, and bettered the tradition of mankind.” 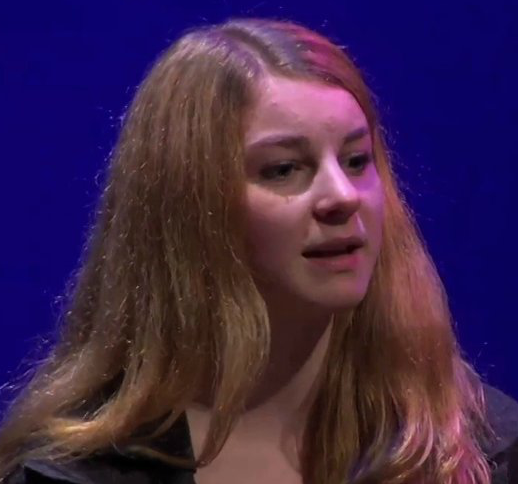 Being able to partake in the Common Sense Media Digital Citizenship panel with a room full of concerned and hopeful adults and teenagers, I saw optimism and cheer. This hope of together bettering “the tradition of mankind” and making the internet a safer place flooded the theater through the relaxed discussion and honest questions led by the wonderful DJ Sway Calloway.

When technology evolves so quickly, sometimes changes are hard to keep up with. Before the gravity of cyberbullying could truly be realized, some teens had already started using the computer screen as an invisibility cloak, abusing the anonymity and infinite access of the internet to intimidate others. Even now, we struggle to find the right way to make online social media a bully-free environment, outlining the importance of organizations such as Not in Our School and Common Sense Media.

They can’t solve the problem alone, however. It is up to my generation to take baby steps towards taking some of the regret, guilt, and pain out of social media and replacing it with self-assurance, positive collaboration, and success.

This will not be easy. As I said, making the Internet a safe environment cannot be achieved by a single person—it will require many hearts that beat strongly and cheerfully. Hearts like that of Marshall Davis Jones, whose performance embodied the transgression from face-to-face interaction to face-to-screen interaction.

To preserve the sanctity of true communication, we—digital activists, teenagers, parents, and everyone else—must help people believe in themselves more than the computer. It will take an army, each contributing a little piece of advice and reassurance here and there each day, until more humanity and more heart is intertwined with technology—so humanity takes over technology rather than vice-versa.

Youngsters these days are

Youngsters these days are showing more courage and reacting to the things that they realize is bad for the society. Even the girls are also standing up for the common cause leading from the front. It is a great change and being a youngster, I really appreciate it. more information