Walking While Brown: Racial Profiling in Arizona | Not in Our Town
Skip to main content 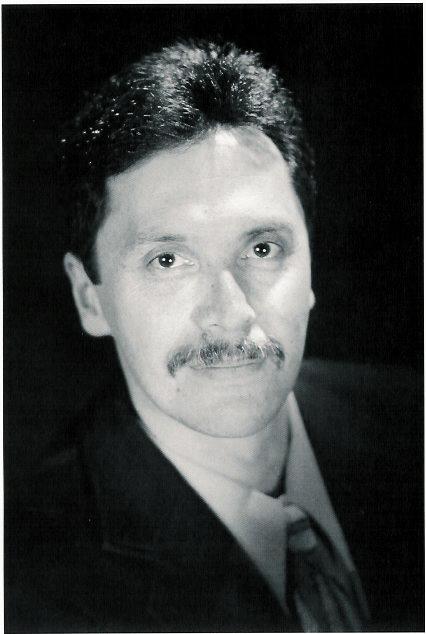 The following is part of an essay by Not In Our Town activist Hugh Vasquez of Walnut Creek, CA, addressing the human impact of Arizona's controversial new legislation aimed at undocumented immigrants. Vasquez, a partner with the Center for Diversity Leadership and a Senior Associate at the Bay Area Coalition for Equitable Schools, writes that his concern is not with the intentions of those who wrote the law, but its impact on the state's Latino residents and the inevitable racial profiling that will result.

Have you, or anyone you know, been the victim of racial or ethnic profiling? Do you agree with Vasquez that this is one of the dangers inherent in Arizona's new legislation? Please consider his words, and add your comments below.

Dear Hugo,Thanks for yr cogent essay, one of the best I've seen. I do not know how to submit a piece for the blog, so I am placing it here, in hope it will be seen by whomever decides what goes into the blog.This cross posted on the LIIA yahoo group list serv. --mo "This is a message for the rest of the world, that hate crimes can't happen, My brother had to pay for it, to make relief for a lot of people in this country."  --Joselo Lucero "We thank the jury for their service, but with all respect, they were very wrong. José Sucuzhañay was killed because Scott Hakim and Keith Phoenix did not like who he was or who they thought he was. And they attacked him for no other reason than their hatred of the gay community and their hatred of Latino and immigrant community."    --NYC Council President Christine Quinn

"Our family still cannot understand how the jury has reached a conclusion that the attack on my brothers and the murder of José was not motivated by hate. The judicial system has failed to send a clear message. This could encourage more hate."                 --Diego Sucuzhañay
The jury is out on Keith Phoenix, the man directly accused of wielding the bat inflicting severe head trauma causing Jose Suchuzchanay death several days after the atrocious attack. Many, if not most, were incredulous that his partner in crime was found not guilty of a hate crime, even after witnesses stated they yelled anti-Latino & homophobic slurs at the Ecuadorian brothers before, during and after their vile attack; Scott was found guilty of manslaughter one in his just concluded separate trial and is yet to be sentenced. After 2 days out, the jury resumes deliberations tomorrow; they might well return the verdict tomorrow on Mr. Phoenix. I urge all immigrant rights advocates, LI Immigrant Alliance and all its constituent members be ready to stand up for enforcement of NYC, NYS & Federal hate crime statutes that we have seen so seriously undermined by the verdict in the Lucero case, that Conroy was not guilty of a hate crime, among many others. Juries are not taking hate crimes seriously because civic leaders, prosecutors and police are not taking hate crime seriously. Any pool of the public reflects this ambiguity at best, and philosophic/ideologic antipathy at worst to the very concept of hate crime. The Republican Party platform, calls for rescission of all hate crime statues. There is an active, right wing attack, led by Christian fundamentalists, on hate crime statutes on the grounds that it interferes with free speech; that it gives special rights to only "pc" designated minorities; that it is foisted upon our democratic ideals of equality by the "homosexual agenda" and their leftist allies seeking "special rights" denied to others; that hate crime statutes are a direct attack on Christians practicing their religion, specifically citing homosexuality as an abomination against God, stated in the Bible, that must be preached. Hate crime statutes have been weakened or rescinded in several states, where right wing foundations, political and religious organizations see their easiest path to changing or eliminating hate crime legislation. The NRA demonstrated the effectiveness of this strategy of first going to state legislatures to enact one piece of legislation after another to realize political power, including protections for gun manufacturers, where they first enacted legislation banning gun manufacturers from product liability laws, the sole sector of our society's manufacturing so exempted, before they became Federal law. Their campaign resulted in a dramatic change in public opinion and people's postition of settled law regulating guns. In most states, their legislatures mirror the 2 houses of Congress; thus in a state like Missouri, which has 114 counties, a  rural county of Reynolds, with its 6,400 people carries equal political power in the state legislature as St. Louis County with population of 2+ million in a mockery of our one man, one vote criterion of fairness and equalty in our democracy. This coordinated attack on hate crime legislation is making many inroads as the two cited verdicts in the Suchuzchanay and Lucero cases. There is no organized political entity fighting this right wing campaign to weaken, to fundamentally alter the constitutional right to equal protections under law. The LIIA will submit an important report shortly on strengthening hate crime law in Long Island. It will be carefully looked at by many institutions, media and civic leaders, elected or appointed. I urge LIIA constituent members to issue statements reflecting their beliefs in the positive role hate crime laws plays in protecting targeted, unpopular minorities. However flawed their enforcement, this coming verdict of Mr. Phoenix will provide another opportunity to educate our neighbors on the efficacy of these laws and act as a counter force to the stealth nationwide campaign now underway to undermine and vitiate hate crime law in state legislatures. The verdicts already handed down might well have reverberations on the coming trials & verdicts yet to come in the Lucero assassination as well as others now on the docket in NY courts, as elsewhere. Our voices can speak to the verdicts' baneful influence and help to mitigate their spreading effects. If Mr. Phoenix is found guilty of a hate crime it will put in stark focus the miscarriage of justice in the two previous cited verdicts. If he is found not guilty of a hate crime, we must yell from the roof tops the injustice handed down and the unacceptable failure in the prosecution of hate crime. Even if it is unlikely, we can still ask for a DOJ investigation of NYS enforcement and prosecution of county, state and federal hate crime statutes that been shown conclusively to have been thwarted by a confluence of circumstances and decisions in a pattern that distorts our values and deforms our connections to one another. I hope people will have ready a press release on either eventuality on the verdict of a hate crime, yea or nay. "They have extracted a tumor, but the illness, the disease, the cancer of hatred in this community will remain, and it will be the responsibility of the political leaders to begin to extract it."  - The Rev. Allan Ramirez, Lucero family spokesman  thanks, Michael O'Neill,Sag Harbor, NYLI Immigrant Solidarity

Sooo anyways, enough about me, see you all-around and hello yet again haha.

BTW, what can I do to change the little picture thingy like some people have, I like it but can't figure it out haha

Sounds lile you hate those who practice Christian  fundamentalist religion, that is, anybody who believes the Bible.  Is that kind of hatred acceptable in our town?