University of Mississippi: Facing the Change | Not in Our Town
Skip to main content

University of Mississippi: Facing the Change 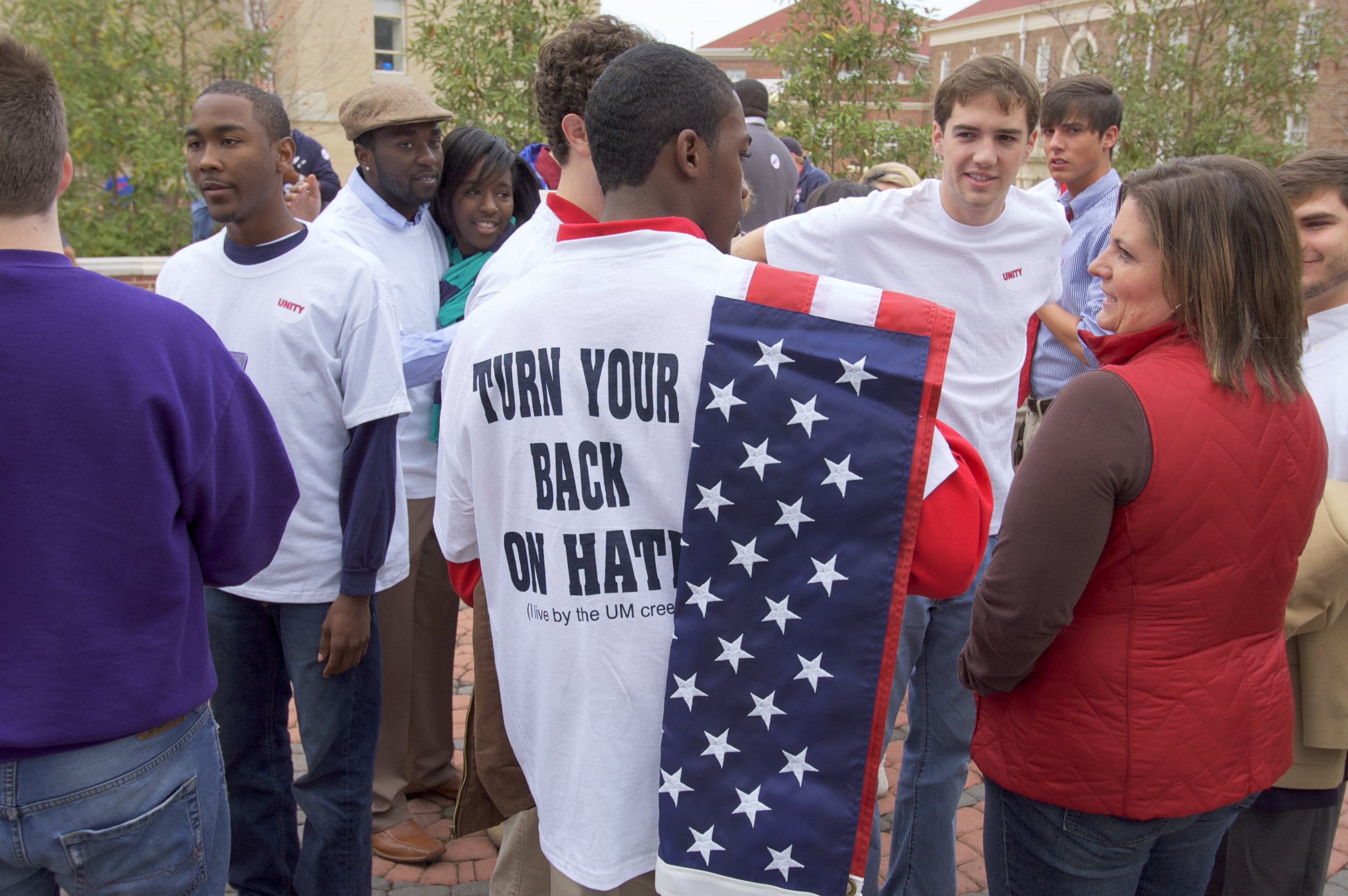 At the University of Mississippi, a segregationist chant and Ku Klux Klan rally threaten to divide the campus community, but student leaders and their chancellor take a stand against hate and intolerance. This story is part of the Not In Our Town program, Class Actions, that aired on PBS stations in February 2012. Many conflicts over the legacy of slavery and the Confederacy have occurred since this program was produced.  This story profiles action led by students and supported by the University's Chancellor to involve the whole campus in standing up to racism and hate.

Two years before this story was filmed, controversy erupted at the University of Mississippi over student led actions to remove traditions associated with the Confederacy and segregation. Five decades after James Meredith integrated  the University, also known as Ole Miss, students at football games surfaced the chant "The South will rise again," a civil war expression derived from, “Save your confederate money boys, the south will rise again.” The phrase was popularized by the southern Dixiecrats in the late 1940’s, and used as a slogan by the Ku Klux Klan to oppose integration when they chanted, “Glory, glory segregation, the south will rise again.” In the last decade, students at Ole Miss replaced the last six syllables of a football fight song, From Dixie With Love and chanted “Glory, glory hallelujah, the south will rise again” instead of the words from the song, “Glory, glory hallelujah, his truth is marching on.” 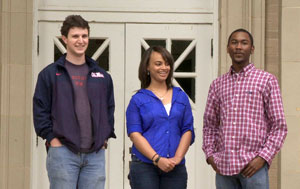 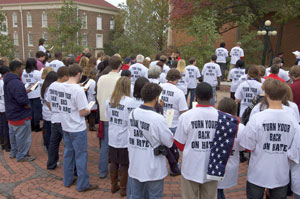