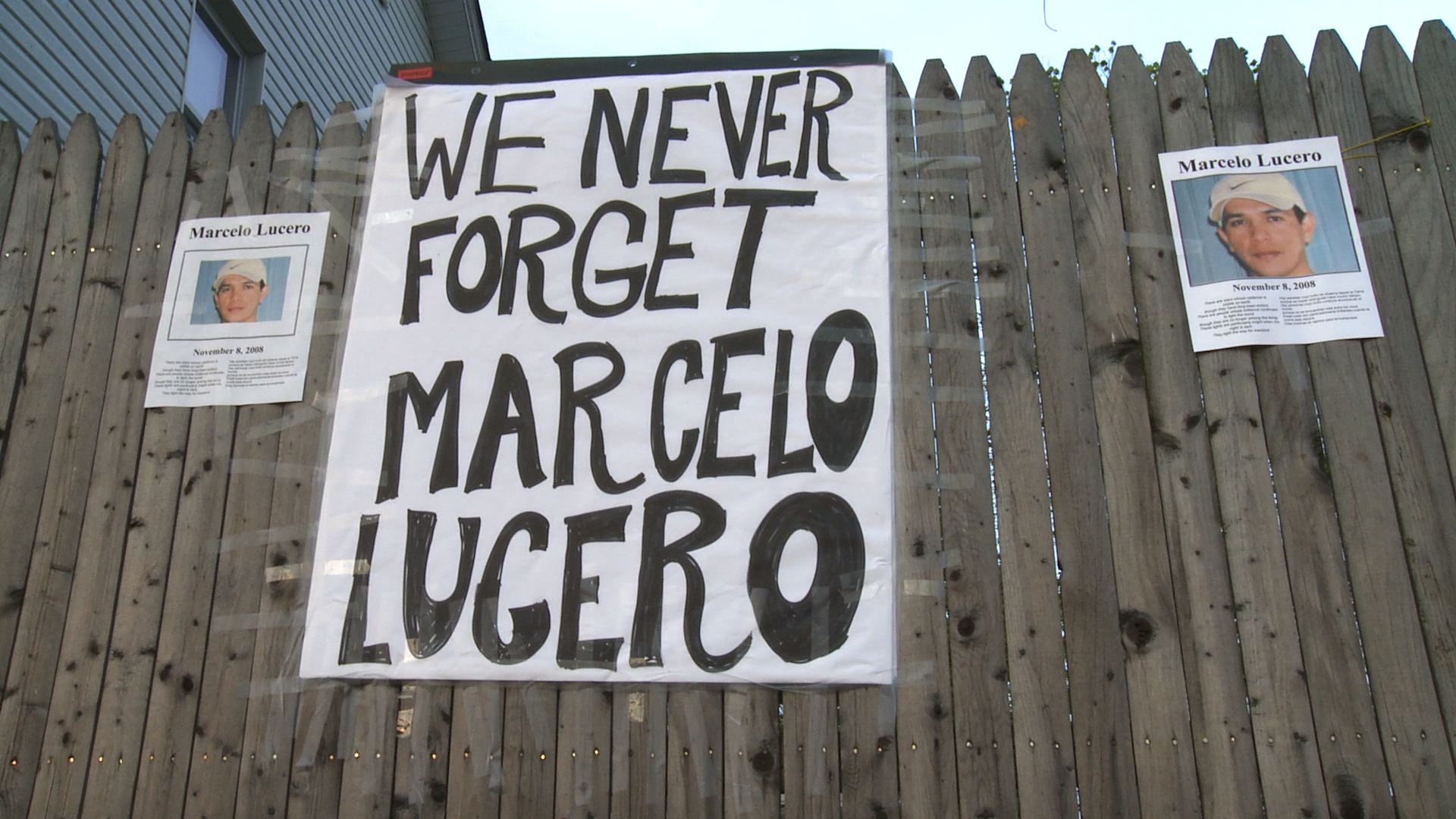 This sign was posted on a fence a few yards from where Marcelo Lucero was killed in a hate crime attack on Nov. 8, 2012 in Patchogue, NY.

Today marks the fourth anniversary of Marcelo Lucero’s hate crime killing in Patchogue, NY. Marcelo’s death unveiled a pattern of anti-immigrant attacks that had gone unnoticed for years. We documented Patchogue’s efforts to heal divisions after tragedy in Light in the Darkness, and we remember Marcelo Lucero today because immigrants are still vulnerable to violence.

A young Mayan man recently came to our office to share the story of how he was severely beaten by white supremacists on the streets of San Francisco last year. “I felt the first blow hit me and from there it didn’t stop,” he told us. “I didn’t know how to escape.”

During this week’s elections, a local sheriff race made nationwide headlines because the Latino population in a small Arizona town are afraid to report crimes. “Feeling safe and being able to call the police when necessary as a Hispanic is not easy” in Guadalupe, AZ, according to this New America Media article.

Not all attacks are physical, but they are still harmful. Anti-immigrant rhetoric proliferates online. On NIOT.org, we regularly receive comments that are akin to those heard by victims as they are being beaten.

Since Light in the Darkness premiered on PBS in September 2011, hundreds of communities have gathered their residents to watch the film. Some wanted to discuss how they could heal after violence, while others sought to prevent tragedy. (Listen to WUSF radio piece, "Responding to Hate in Tampa Bay.")

A small Oregon community group talked about how they could welcome the influx of new immigrants from Mexico and Central America. A central California police department convened residents after a double homicide sparked racial tensions. Two cities on either side of the Texas-Mexico border screened the film to begin re-connecting the communities after a rash of gang violence and heightened border control.

Hate crimes don’t just target individuals, they can terrorize entire communities. Please join us today in remembering Marcelo Lucero and the countless other immigrants who have been attacked. We send our thoughts and prayers to Marcelo’s family, friends and the community members who mourn his loss—and are now working to stop hate, together. 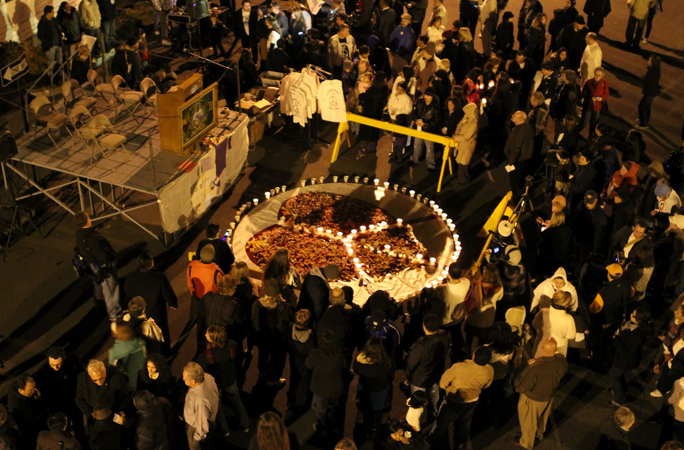 A vigil for Marcelo Lucero will take place on Nov. 25 at the United Methodist Church in Patchogue, NY from 1-3 p.m. The vigil will launch the second annual, “Understanding, Accepting and Respecting Cultural Difference Week” in honor of Marcelo Lucero in Suffolk County, Long Island.

Each year, one Patchogue-Medford High School student receives a Marcelo Lucero Award for being an ambassador to his/her peers, an advocate of non-violent behavior, with leadership skills in conflict resolution and community building both in and out of school. Donations can be sent directly to the high school: Marcelo Lucero Award, Patchogue-Medford HS, 181 Buffalo Ave., Medford, NY 11763.