NIOT Roundup: Petitions Slam Reality Shows, Apps; Mom Fights Back Against Cyberbullies | Not in Our Town
Skip to main content

A Washington, D.C. pastor said he was pleased this week after Google pulled an app called “Make Me Asian,” which had been available for its smart phone users.

Pastor Peter Chin started the petition on Change.org this month to have the app removed, and almost 8,500 people responded in just a few weeks.

"I am deeply thankful to those who realized the danger of these stereotypes entering the mainstream and spoke out against this app," Chin said to NPR. "But I am also appreciative of Google, who listened to our concerns and acted accordingly."

18 Million Rising, an activist group for Asian Americans, started its own petition as well. The group was equally angered by the app’s depiction of Native Americans.

"That's not all, though: KimberyDeiss also has an app called 'Make Me Indian,' which protrays Native Americans as wearing 'war paint,' feather headbands, and having accentuated cheekbones, heavy brows, and broad noses," 18 Million Rising wrote on its website. "These apps are incredibly racist and perpetuate damaging stereotypes." 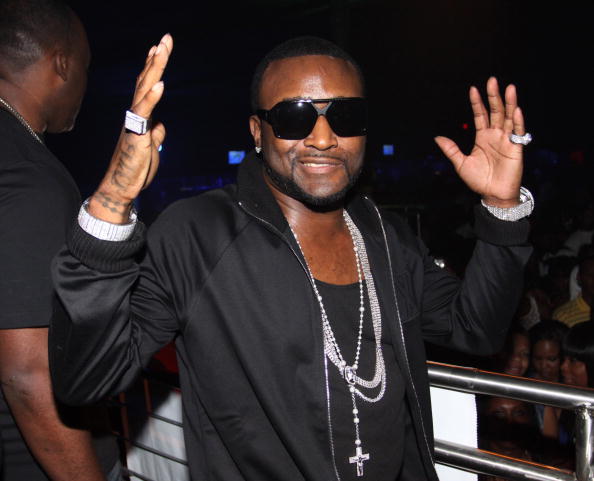 Rapper Shawty Lo’s reality television show “All My Babies Mamas” is no more after more than 37,000 people petitioned Oxygen to pull the series.

The show, which would have depicted Shawty Lo’s family life with his 11 children by 10 different mothers, was criticized for perpetuating stereotypes of African Americans.

Author Sabrina Lamb started the petition last month, seeing its signatures grow by the thousands in just a few weeks.

Tamika Mallory, a civil rights leader for the National Action Network writing for News One, said she was relieved that so many people stood up have the show removed.

“Whether it’s the insensitivity to shows like 'My Babies’ Mamas' or too much violence throughout mainstream culture, we need to take action,” Mallory wrote. “I’m thrilled to hear the reality show is now canceled, and I’m even happier to know that it’s because every day Mothers and Fathers made their voices heard."

Mallory further criticized the network, saying that it was surprising to her that Oxygen would allow the show to air without realizing the negative message it was sending.

“‘All My Babies’ Mamas’ not only stereotypes Black men and Black women, but it further breaks down the Black family," Mallory wrote. "I mean, when did it suddenly become OK to have 11 kids with 10 different women? That’s not OK, and that’s not the kind of message we need to be telling others.”

When a Crossville, TN mom saw the names and pictures of her daughter and her friends being attacked by an anonymous commenter on Instagram this week, it took little time for her to react.

According to WBIR 10, she’s now using the episode to get the word out that cyberbullying is a real threat to teenagers online.

Veronica Wright found the Instragram group named “Sluts of Crossvile,” and saw that it had used the girls’ Facebook photos without their permission. She immediately reported the group to the photo sharing service to have it taken down.

"The information was put out there, who's to say someone doesn't have a copy of it? And what they're going to do with it?" Wright said to WBIR 10. "Somebody should be held accountable for this."

Schools and parents around the country have also taken serious action against cyberbullies this week, like Franklin High School in Indiana which has considered expelling a few students who targeted their classmates, or state legislators in Florida who are coming together this week to talk about cyberbullying after a student’s suicide.

In:
cyberbullying
Shawty Lo
All My Babies Mamas
petitions
Change.org