A Local Perspective: For Mayors, It Is About Integration, Not Immigration | Not in Our Town
Skip to main content

A Local Perspective: For Mayors, It Is About Integration, Not Immigration 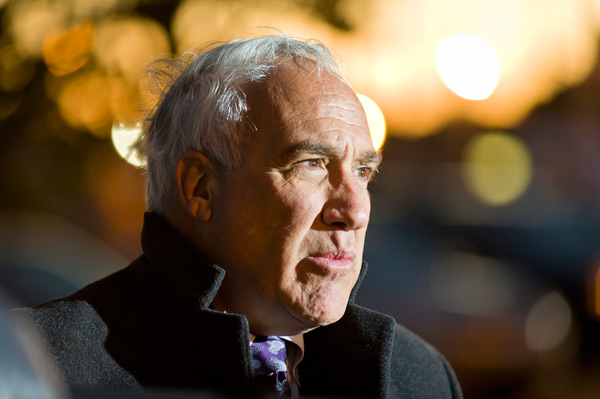 At the 2011 Congress of Cities and Exposition in Phoenix, Mayor Paul Pontieri of Patchogue, N.Y., helped lead a workshop featuring segments from the PBS documentary Not In Our Town: Light in the Darkness, about the community response to an anti-immigrant hate crime killing in his town. The session, sponsored by NLC’s Municipal Action for Immigrant Integration program (MAII) launched a productive conversation with mayors and other city leaders about how to effectively address these complex challenges. Mayor Pontieri will appear at a film screening and discussion on February 8, 6:30 p.m. at Scottsdale Community College Performing Arts Center in Scottsdale, Ariz.

In our personal and national lives, we recognize certain events as “game changers” — a parent’s death, the birth of a first child, JFK’s assassination, the 9/11 attack — after which life can never be as it was before. Yet when I became mayor of the Incorporated Village of Patchogue, a suburban community of 12,000 residents located about halfway between New York City and “the Hamptons,” I couldn’t foresee that November 8 would mark the anniversary of such an event for me and the residents I serve.

I couldn’t foresee that, on that date in 2008, seven high school students from an adjoining community would pile into a car and drive to Patchogue looking for Latinos to assault. In the wake of the volatile and pervasive immigration debate, they saw what they called “beaner hopping” as a sport to be engaged in with friends after dark. They killed Marcello Lucero, an Ecuadorian immigrant who had lived in Patchogue for 15 years. This single act changed how I view and do my job and taught me that local leadership is about integration, not immigration.

We in local government believe that immigration issues should be solved at the national level by the President and Congress. Regardless of our feelings about the viability, success or failure of any efforts, we know that our communities face real challenges that are not based on “shoulds,” but rather on “hows.”

We know that we cannot resolve the immigration debate at the local level. In fact, the debate itself has created a sense that “these people” are expendable, and discriminatory behavior like “beaner hopping” is acceptable despite the reality that immigrants are inextricably interwoven into our communities in many ways.

When I first heard of the murder and spoke to the police, it was clear that this would go well beyond the borders of our 2.2-square-mile village. I have always believed that the mayor is the face and voice of the village and that how I respond to a situation determines how the community responds. I went first to our local library, the place where citizenship classes are given and ESL is taught. It is a safe and welcoming place for immigrants, and I had held meetings in the past with Latinos on how to become involved in the village. I knew that we needed to calm their fears, listen to their concerns and bring them together with the police in an environment where trust could be built.

During the following weeks, I visited restaurants, construction sites and walked the streets of our downtown and neighborhoods talking to members of the community, both Latino and Anglo. I assisted in organizing forums in local houses of worship in an attempt to uncover and discuss frustrations in all segments of the village. I went to the site of the murder, which had become a shrine and talked to the people gathered there.

While these encounters were not always comfortable, I learned a great deal about this tiny village in which I’d grown up and which had almost imperceptibly been changing. For example, I met a Latino man who lived across the street from my mother. I was shocked to learn that he had been there for 23 years. Do we not see them or do they wish not to be seen? My growing belief that leaders have a responsibility to integrate all residents into the community, regardless of immigration status, was underscored.

In concert with various other organizations, a vigil was held the following week that about 750 people attended. There was every opportunity for the community to divide and for each to blame the other. I felt that I had to be the one to bridge that potential divide. I met with the ambassador to the United States from Ecuador and showed him a photograph of short men with tanned skins and shovels paving the streets of Patchogue in the 1920s. They were from Calabria, Italy; my grandfather was in the foreground of that faded picture. Today, Latinos are building our communities.

The ambassador and I spoke at the vigil, and the community responded. We followed with community meetings. Patchogue Medford High School provided programs to bring the groups together. A Unity Coalition was formed, chaired by New York State’s Commissioner for Human Rights, Galand Kirkland, to discuss and provide opportunities for an open discussion on what needed to be done to foster the integration of the Latino community into the greater Patchogue community.

From this came a Unity Celebration that brought more than 1,000 people to the Patchogue Theatre for a night that celebrated our diversity. One group worked on a quilt; a table was provided at our summer street fair; the Lucero Foundation was formed; meetings continued with the police. I also visited Gualaceo, Ecuador, the home of Marcello Lucero, and was greeted warmly and openly. Gualaceo’s Mayor Tapia has now visited Patchogue and the Ecuadorian community here.

Importantly, we held a public hearing on the language we as public officials would use when discussing the immigration issue. Terms like “illegal immigrant,” “aliens” and “boarder babies,” when used in any context, devalue people or groups in a manner that causes anger and distrust. The resolution passed that March night in 2009 directs the Village Board to consider the language used when discussing immigration issues.

Despite our national identity as a melting pot, the integration of immigrants into any community is difficult in the best of times. Patchogue began the process in earnest on the heels of a tragic murder, with the press and outside political pressure taking the issue beyond our borders. At times, it seemed that the scrutiny was impossibly unfair.

For me, however, the result is a solidly forged belief that my responsibility is to my residents, regardless of their immigration status. Men and women working, raising families, learning our customs and adhering to our laws deserve their mayor’s support as they attempt to integrate into any city, town or village. Mayors cannot afford to focus on the wrong aspect of the immigration debate: Patchogue’s story should serve as a powerful cautionary tale.

Republished from the National League of Cities. See original article.

In:
Not In Our Town
Patchogue
Marcelo Lucero
Paul Pontieri
immigration
light in the darkness
Mayor