How Can We Feel Safe? 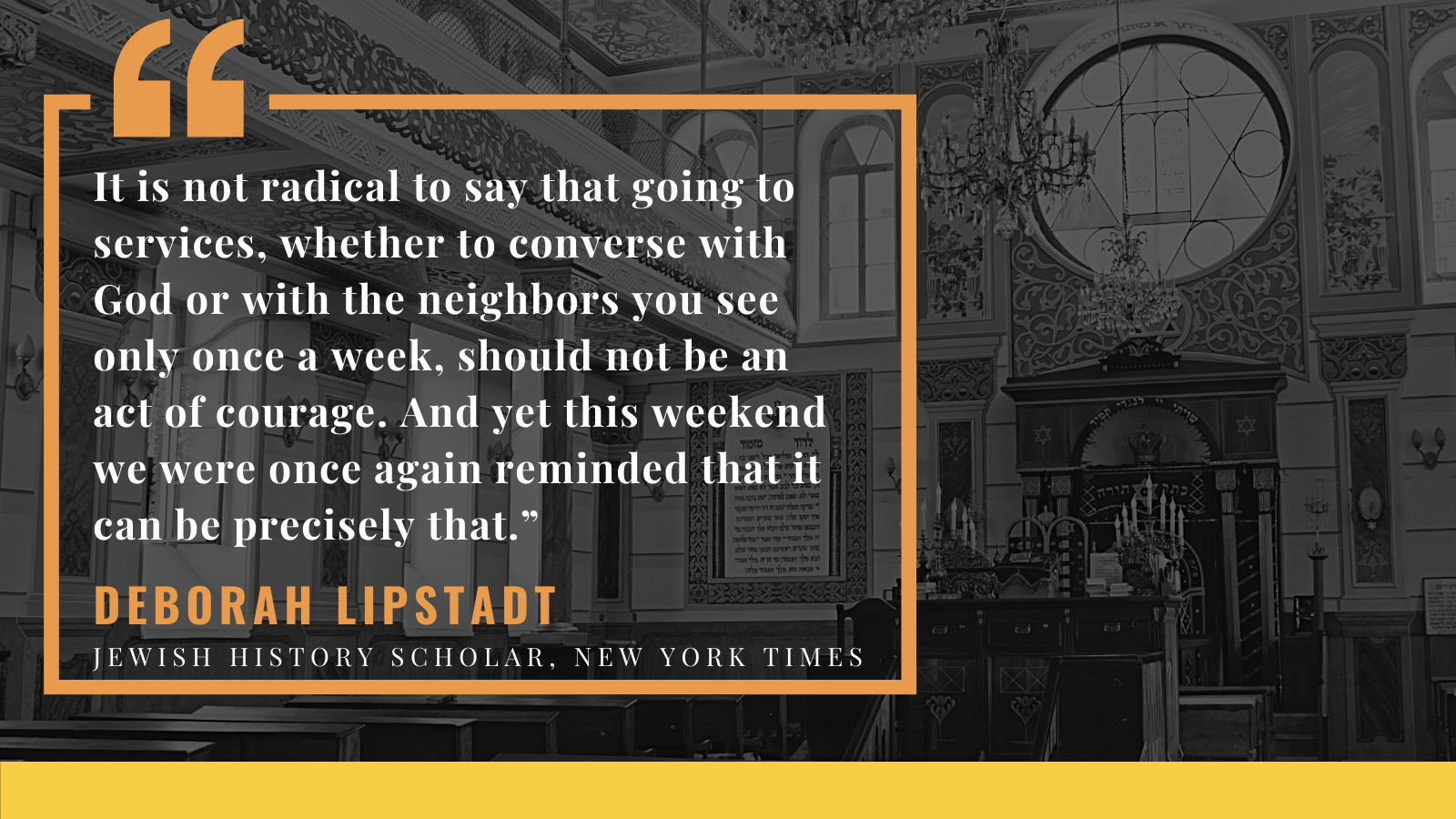 When news broke on January 16 that the rabbi and three congregants at Beth Israel Synagogue in Colleyville, Texas were taken hostage, Jewish communities across the country, already anguished from deadly antisemitic attacks in Pittsburgh, Poway, Monsey, and Jersey City, were retraumatized by another gunman in a house of worship.

The siege began when a man from the U.K. walked into Congregation Beth Israel, produced a gun and demanded the release of a convicted terrorist from Pakistan being held in a nearby prison. As the event was livestreamed to other members of the congregation, the assailant was heard ranting anti-Jewish statements. He said he chose the synagogue because "the Jews control everything," a common trope of antisemitic conspiracy theories.

Describing the reverberations of attacks on Jewish communities, Scott Hausman-Weiss, the founding rabbi of the Congregation Shma Koleinu told the Texas Tribune, “They are us. There’s no distinction. Anywhere they are in danger, we are. ...But we will not allow this to break us. We will not allow our resolve that strives to lift all human spirits to be deterred."

“I am thankful for all the vigils, prayers, love, and support. All the law enforcement and first responders who cared for us. All the security training that helped save us."

The Colleyville congregation, like hundreds of others across the country, have participated in trainings sponsored by the Secure Community Network. A key message in those training sessions is "Run. Hide. Fight." 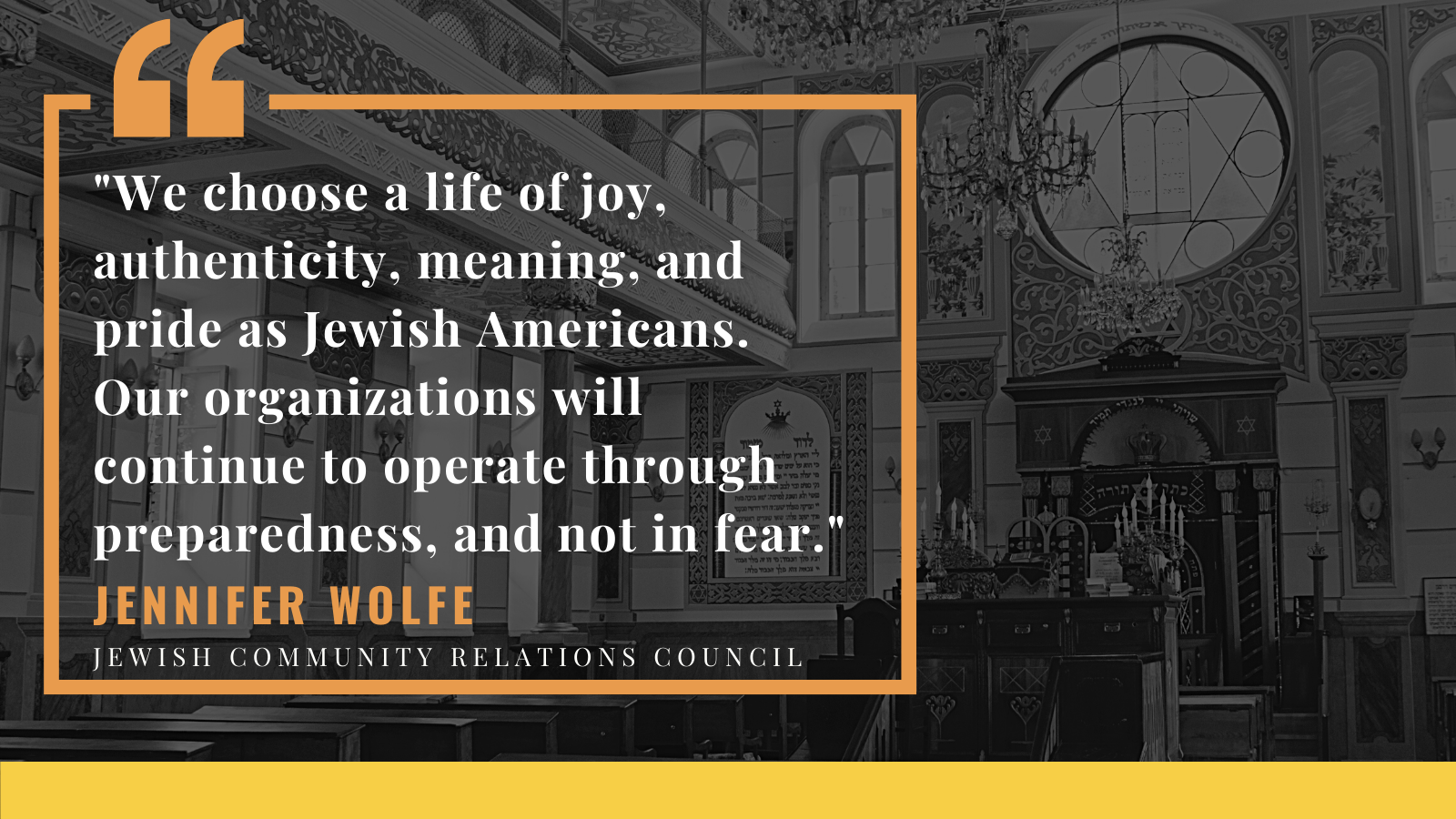 In the days following the incident, interfaith leaders from across the country promoted peace and unity in response. “The demonstration of unity is important. Working together, we know, helps everybody,” said Joel Schwitzer, regional director for the American Jewish Committee, in an interview with the local Colleyville NBC affiliate, “When there were times of stress, I have found that it is invariably our friends and partners in the Muslim community, in the Latino community, and in the AAPI community who are the quickest to speak up and say we are we with you."

In the past several years, reported Vox this week, American Jews have been subject to a wave of violence nearly unprecedented in post-Holocaust America. Incidents of antisemitism across the country have been on the rise, with one in four American Jews reporting that they have personally experienced acts of antisemitism in 2021, according to a report by the American Jewish Committee. Even in our nation's capital, a swastika was found carved in an elevator in the State Department in July of last year. On Sunday, President Biden called the hostage situation in Colleyville an "act of terror" and that "We are sending love and strength to the members of Congregation Beth Israel, Colleyville, and the Jewish community." He also said in a statement, "[L]et me be clear to anyone who intends to spread hate — we will stand against antisemitism and against the rise of extremism in this country."

A Painful Reminder of the Tree of Life Attack in Pittsburgh 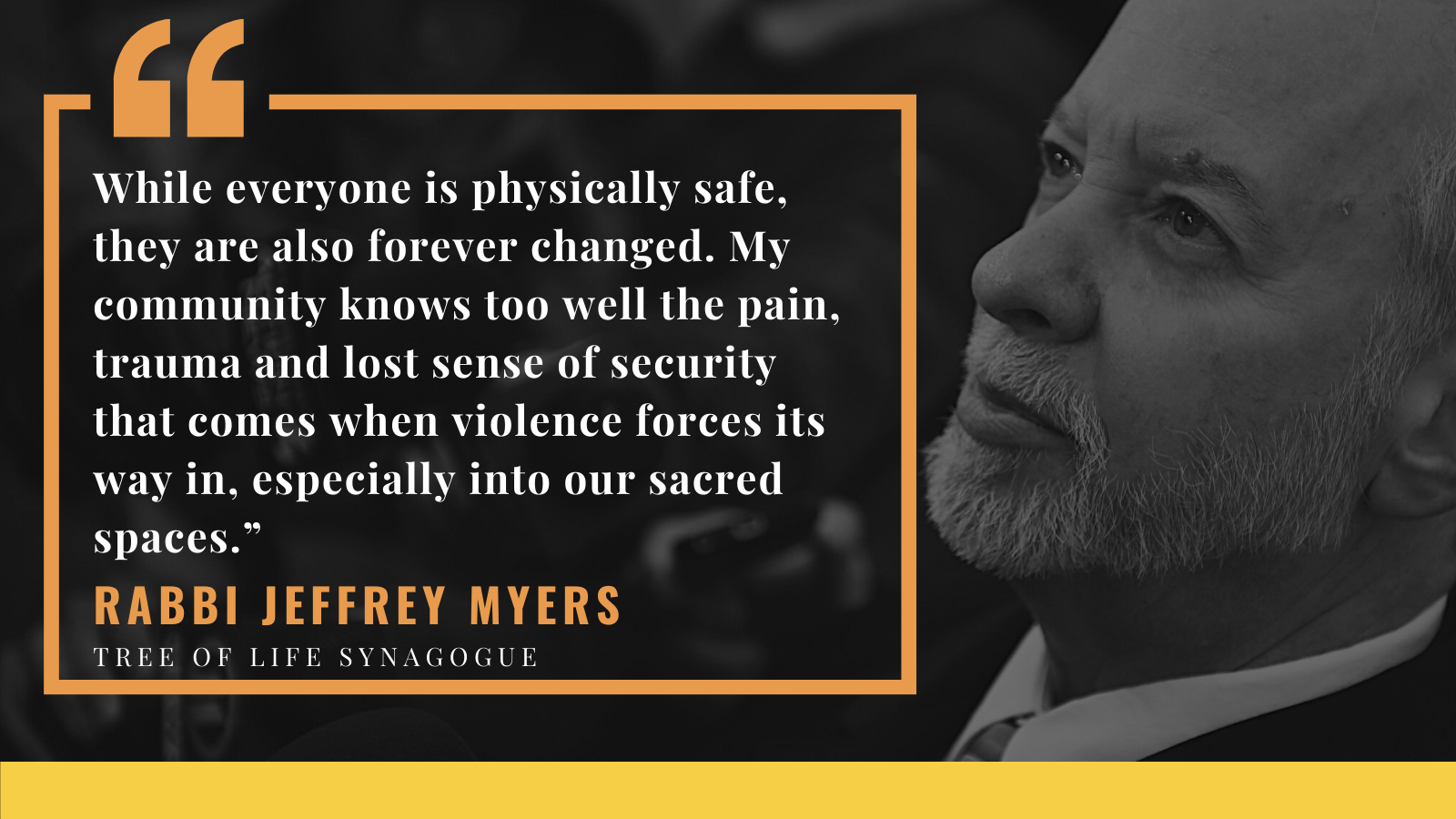 Twelve hundred miles away in the Squirrel Hill neighborhood of Pittsburgh, residents recalled the horrific attack on October 27, 2018 at the Tree of Life Synagogue in which 11 people were killed. “It’s brought back a lot of memories for a lot of people,” 10.27 Healing Partnership Director Maggie Feinstein told the Pittsburgh Jewish Chronicle. “It’s not just the victims and those directly impacted who may be triggered by an event like this, but all the community who cared and was present on 10.27."

Laura Cherner, director of the Federation’s Community Relations Council, said the Colleyville incident is an unfortunate reminder that antisemitism remains pervasive throughout society, but noted there has been a strong interfaith community response both in Texas and locally.

“In terms of the CRC, the Muslim community reached out and publicly condemned this act of antisemitism,” she said.

She warned incidents like this can spark a rise in both antisemitism and Islamophobia.

“Community partnerships during this time are a crucial element to healing as well as strength through coalition building,” she said.

In an interview with MSNBC, Tree of Life Rabbi Jeffrey Myers said, "Once again Jewish Americans are afraid to enter their houses of worship to pray after what happened in Colleyville, Texas... America has to step up big to say that we are a place that does value life, liberty and the pursuit of happiness and the expressions of religious freedom. So far, Americans are not succeeding in those promises in our sacred documents."

Now Is the Time for Solidarity and Connection 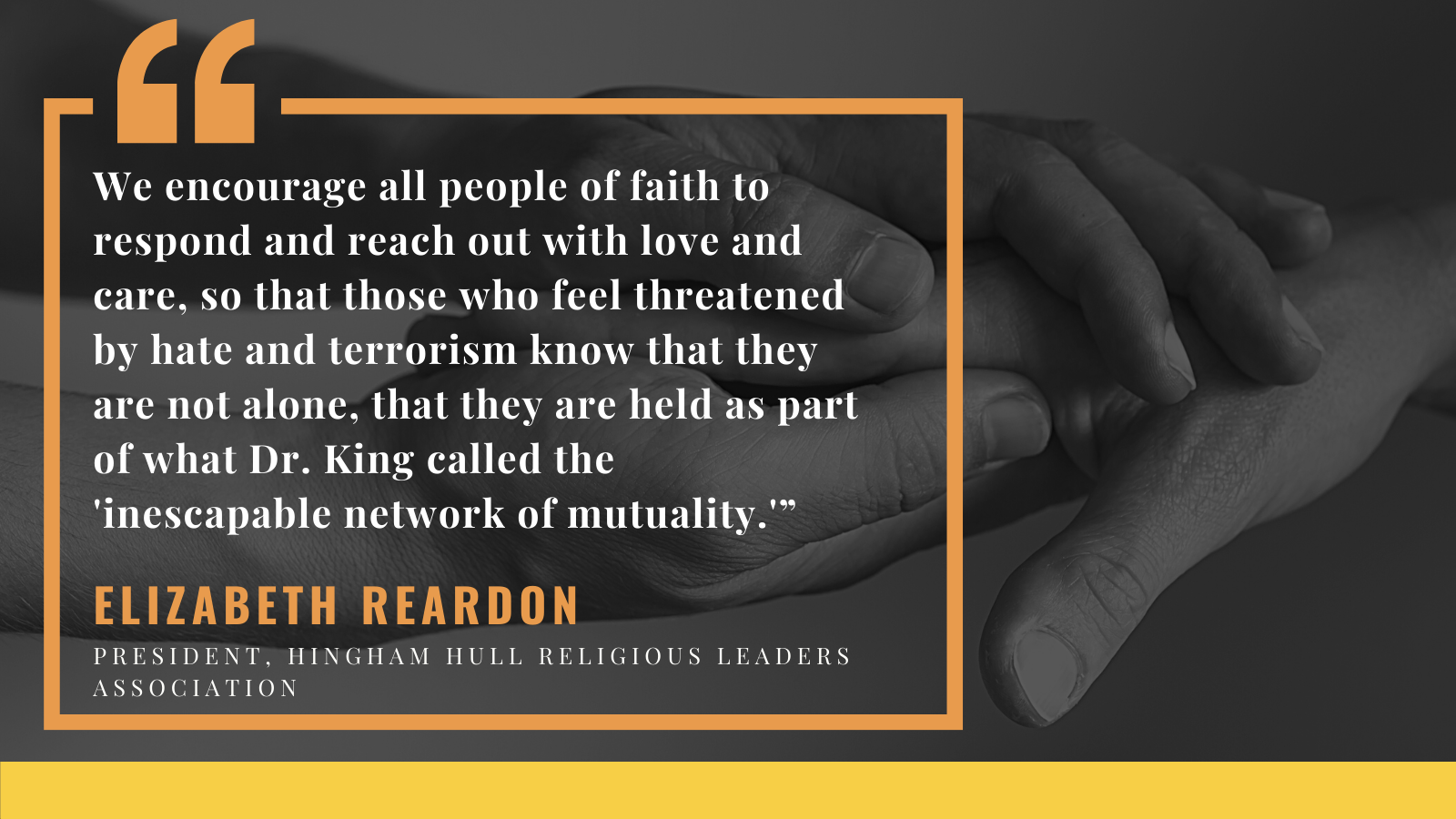 What will you do to stand with your Jewish neighbors and make everyone feel safe to walk into a house of worship?

The core message of Not In Our Town is that each of us has a role to play in stopping hate and creating safe, inclusive communities and schools for everyone. Access our Stop Hate Action Guide for Community Leaders.

If you are Jewish, reach out to your congregation and community to draw on Jewish values for strength, hope and connection.

Reach out to Jewish neighbors and send messages of support.

Reach out to your local synagogues and ask them if there's anything they need and what you can do to support them.

Black churches, mosques and Sikh and Buddhist temples have also been targeted. Make plans for communicating and learning about how to build a response network.

Host an interfaith event with diverse houses of worship (and those who are not affiliated) to promote relationships across faith communities.

Learn more about security in your house of worship.

No hate, no fear, no violence. Not In Our Town.