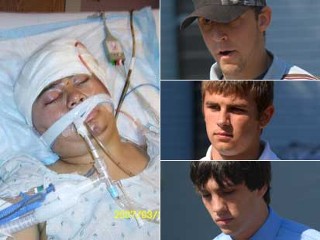 “It is time for the Department of Justice to step in and bring justice to the Ramirez family and send a strong message that violence targeting immigrants will not be tolerated and will be prosecuted to the full extent of the law,” said MALDEF Interim President Henry Solano.

Witnesses the night of the attack reported that a group of teens, including 17-year-old Brandon Piekarsky and 19-year-old Derrick Donchak who were charged in Ramirez’ death, used ethnic slurs as they repeatedly punched the 25-year-old Mexican immigrant, knocked him to the ground, and then kicked him several times in the head.  Ramirez died of his injuries two days later. A county jury acquitted Piekarsky on charges of third-degree murder, voluntary manslaughter, and involuntary manslaughter, and Donchak on charges of aggravated assault and assault with a deadly weapon. The jury did not convict the young men on charges of ethnic intimidation. 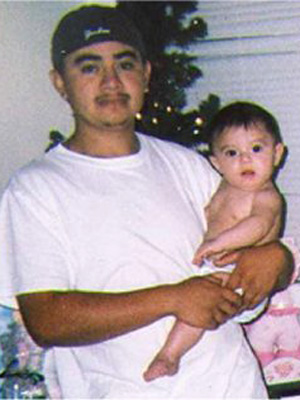 The teens were found guilty of simple assault, a second-degree misdemeanor that carries a maximum penalty of two years in county jail. But with no prior criminal record, Donchak and Piekarsky may not face prison time. Another teen involved that night, 18-year-old Colin Walsh, has plead guilty in federal court to violating Ramirez’s civil rights in exchange for the county to drop charges against him.

“[Luis] came here for a better life. He was a hard worker and he wanted to instill those values in his children.” — Crystal Dillman, fiancée of Luis Ramirez

Originally from the Mexican state of Guanajuato, Ramirez worked at a local factory and in the fields, picking strawberries and cherries. His death captured the attention of the national media, and in the weeks following the beating, media reports about deep divisions in the small former mining  town dominated the headlines.

The Working Group’s film crew traveled to Shenandoah one month after the crime to capture the efforts of a small group of residents who wanted to take a public stand against hate. A unity event held at Kahillat Israel Non-Denominational Christian Church drew more than 80 people who prayed, sang and signed a "Shenandoah United We Stand” banner. But that same day, the anti-immigration group Voice of the People staged another rally across town. Hundreds, many carrying signs that read “Homeland Security, What Security?” and “Illegals Must Be Deported, Not Rewarded,” turned out to support the group’s co-founder Daniel Smeriglio, as he railed against elected officials who wouldn’t publicly stand with him and his supporters.

When Crystal Dillman heard about the rally, she decided to show up in protest by holding a Mexican flag. “I’m not going to hide. I’m here for my children,” she told our film crew. “I’m going to keep fighting for what I believe in.”

Hate crimes against Latinos rose by nearly 35 percent between 2003 and 2006, according to the FBI, and many civil rights groups say the increase correlates closely to the heated debate over immigration reform and a rise in anti-immigrant rhetoric in the media.

What was your response to the Ramirez acquittal? What forces do you think are contributing to attacks against Latinos? What work is your community engaged in to resist anti-immigration fervor? Share your stories.

Time for justice department to step in.

I agree. It is time the justice department stepped in and reviewed this case for the Hate Crime it is.
I hope the community learns to embrace their new immigrants and workers into their state.

The Hate and the Anger and the Violence MUST STOP!