Conversing Online: The N-Word is Not OK | Not in Our Town
Skip to main content

Conversing Online: The N-Word is Not OK

Being an upstander is not easy. Just ask J. Ryan Leach, a student at the University of Virginia, who has been a rare voice in online forums to speak up for tolerance. In his hometown of Mechanicsville, VA, crime stories in the news attract racist comments.

“The biggest concern I have is that even though many of these crimes were not racially motivated, the comments are definitely racially motivated,” Leach wrote to Not In Our Town. In comments he shared with us, people praise white supremacy. The N-word is used freely and ill-wishes of tragedy and damnation are offered heartily. “When my friends and I told these people that their use of the N-word and racial prejudice was wrong, they attacked us.”

Not In Our Town receives its fair share of hateful comments. Many of them violate our comment policy and thus aren’t exposed for public consumption. Please be aware that some offensive comments are included here to illustrate the issue.

Some recent comments included, “Blacks are so stupid,” “Mexcriment,” and “One less gay. Somehow I don’t see that as a bad thing.” We know we’re not alone. Media outlets that publish online—with the
combination of sharing and commenting tools—seem to be targets for hate speech and slurs. These comments far outweigh ones that contribute to productive conversation.

So today we share with you the perspective of a reader who was moved to make a difference. We met Ryan at a screening of Light in the Darkness in Charlottesville. Here is his story. 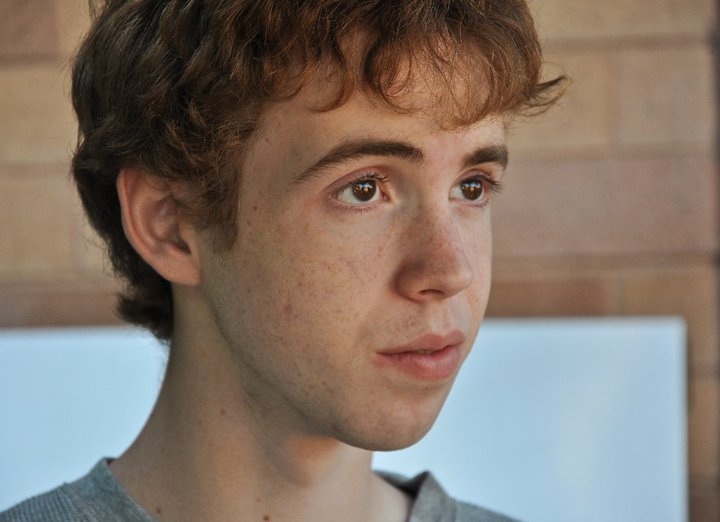 Mechanicsville rests near the former capital of the Confederacy, on the battlefields of the Civil War.

To an outsider, I would explain that Mechanicsville, Virginia was a great place to grow up. I do not feel that racial minorities were ever blatantly disadvantaged in our school. However there was visible social and academic polarization in the halls and classrooms of Lee-Davis High School. Our mascot is the Confederate soldier, but there is a representative minority population, a wonderful former black principal and even openly accepted interracial relationships. Rarely did black students tell me they felt uncomfortable around white people at school, but white students would openly discuss feeling uncomfortable around black students in school. There is some disconnect between communities

The first incident that shocked our community was with Omar Abdelaalwhen. I was a senior in high school. Omar, a boy of Egyptian descent, and his friends were chased. They called him a terrorist and made fun of him for “being emo.” Omar felt threatened and attacked them. (Read more about the attack here.)

This event and the aftermath exposed racial and social difference within our community that divided certain generations and cultures in Mechanicsville. The event unfortunately made students who strayed from social norms look violent and traditional rural residents look ignorant when there was not an apparent social divide between these two groups before the attack.

The incident was also frustrating because it demonstrated flaws in our local press. NBC12 news used Omar’s Facebook photo which misrepresented his appearance by making him appear strange and
menacing. They fueled the conflict by over-exaggerating the social divide at our high school and implanting greater justification for separation among our student body. These ignorant reports and the comments they perpetuated in the community moved me to act against what I interpreted as bad reporting. I felt compelled to expose the racist comments that were given a vehicle to be highlighted in online articles.

Another event is unrelated, but is are part of a larger problem in Mechanicsville that has been ignored by parents and the school. A crime occurred over a drug deal that went bad. Even though
white students were selling the drugs, much of the hostility was against the black students who are believed to have shot and killed Brett Wells in January of this year. Some comments on these articles from people in the area include:

“Gun violence is common among the black community.”

“The increase in crime has been due to the development of the area. Apartment complexes everywhere. Poorer people cause more crime.”

“I would bet that the killers were black.”

“This incident and other violent crimes in Mechanicsville and Hanover are a direct result of the increase in the area’s black population. To disagree with this statement is to blatantly ignore the evidence.”

Particularly frustrating is the fact that I, a Caucasian, lived in those apartment complexes with my mother during several years of high school. I have also not included the many online comments with racial connotations that appeared on Facebook after the recent violence. When I saw the N-word being used on the internet, my friends and I were moved to comment on the ignorance of the use. The scariest thing is that these racial slurs were supported by multiple people who all live in my town and have graduated from my high school as early as 1990. This is a problem that spans many generations.

I screencap or copy the articles from NBC12 or the Mechanicsville Local Letters to the Editor and post them on social media sites including Twitter and Facebook. I believe that taking these hateful comments onto one of these forums is far more productive because you can speak with people you know, people you went to school with, and can talk the issues out with anonymity. It also opens up the discussion to my friends in New York, California, etc., who are often shocked at these opinions and can comment. Sometimes my friends from other states and other countries will relate their own experiences
with intolerance.

"People still say the N-word and people still have hatred in their hearts, but it’s comforting when people from all over the country and the world condemn the hateful comments."

Seeing these comments in modern day are shocking, but exposure to them benefits everyone all over the country. People still say the N-word and people still have hatred in their hearts, but it’s comforting when people from all over the country and the world condemn the hateful comments. It opens up discussion about the different kinds of racism in the city, in the country, in different countries, and proves that racism is still truly universal and affect all communities and racial groups. It also includes former Mechanicsville residents who have left for school or work and can provide an outsider perspective with an insider understanding.

Still this issue runs so deep and affects every single citizen in a different way. This is only my experience. When I post comments on my Facebook page, sometimes black students will post how they agree that there is a huge race problem in Mechanicsville. Sometimes white students will comment about how they feel the distance between groups as well. Not to mention there are even smaller representative groups for Asians, Muslims, Jews, Hispanics, and homosexuals. There was a great struggle to get a GSA at Lee-Davis High School, but progressive faculty members were able to add African American studies to the curriculum.

These issues need to be discussed in order to be resolved! If Facebook and Twitter are the only forums for that discussion, then I intend to continue to promote discussion of the topics. I try to take a little piece of Mechanicsville with me everywhere I go.

In:
upstander
racism
Not In Our Town
intolerance
University of Virginia
mechanicsville

I completely agree here with the N-word being thrown out like it's a hello, however it isn't socially correct if fellow African Americans do not abide by the same rules being set. To call each other the N-word is just as bad as others calling our race the N-word. If you set a bad example those around you will follow.

To the previous commenter:  It's not the same at all.  The N-Word used by a white person has a totally different meaning than the same word used by a black person.  Context is everything.

It's actually a nice and useful piece of info. I am satisfied that you simply shared this useful info with us.
Please keep us informed like this. Thanks for sharing.