Communities Standing With Their Muslim Neighbors 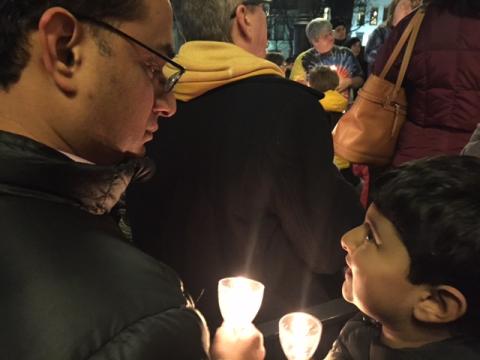 Hundreds gathered in Bloomington-Normal this week for an Interfaith rally

Across the country, in response to a number of recent hate crimes, people are coming together to stand with their Muslim neighbors and friends. From Billings, MT to Oak Creek, WI, local Not In Our Town groups are part of these efforts to rebuke the Islamophobia which has increased in the wake of recent terror attacks, and to make their communities safer for all residents.

Here are some highlights of actions being taken nationwide: 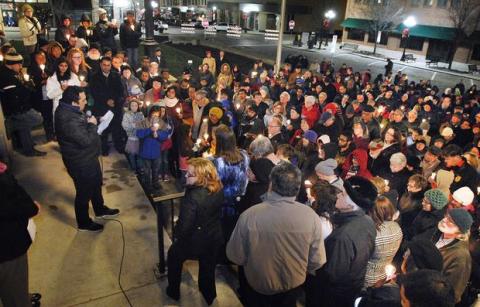 Photo by David Proeber, The Pantagraph

Three hundred people gathered on the steps of the history museum in Bloomington, IL last night for an Interfaith Rally to show support for their Muslim neighbors in the Bloomington-Normal area of Central Illinois. The event, co-sponsored by the local Not In Our Town group, featured the Mayor, Christian ministers, a Rabbi, and Muslim faith leaders who spoke about the need for religious understanding. Read more at The Pantagraph.

The below video captures the support and compassion shown by the community during the gathering: 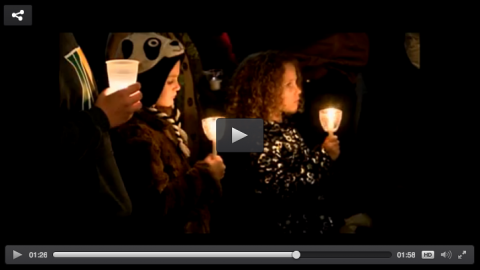 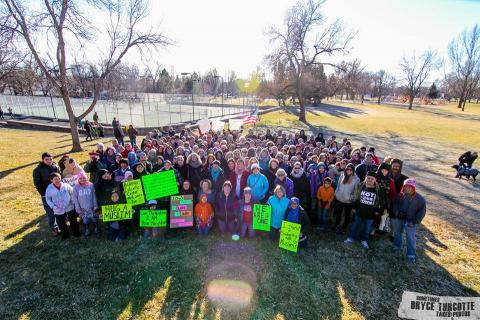 In Billings, the city where the Not In Our Town movement began twenty years ago, local members participated in a show of solidarity this past Saturday at Pioneer Park. About 150 people came together, including many non-Muslims who donned a headscarf, or hijab, as a way of supporting local Muslims.

Kate Walters, a Billings resident who helped organize the event, told the Billings-Gazette, "Billings is a loving community. The voices of the people who want to cause trouble are loud and are heard, but they are the minority.” 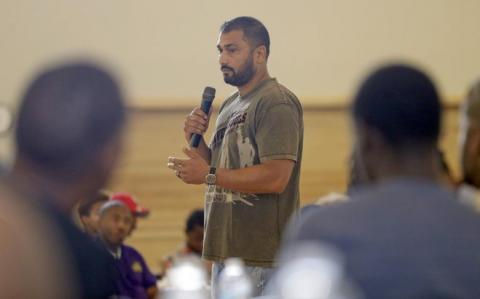 "For us it does not matter who they're targeting. This time we cannot differentiate ourselves; when hate rhetoric is being spewed we cannot be on the sidelines," said Pardeep Kaleka, a former Milwaukee police officer and teacher whose father was one of six people killed in 2012 when a white supremacist opened fire at a Sikh temple in Oak Creek, Wisconsin. A story documented in our film, Waking in Oak Creek.

Kaleka spoke to the Milwaukee Journal-Sentinel this week about Sikh-Muslim unity across the country, in response to recent terror attacks and hate aimed at both groups. Read more here.

In Florida, the mayor of Tampa issues a strong statement in support of local Muslims after two recent attacks which are being investigated as hate crimes. Mayor Bob Buckhorn said at an event last week that, though Muslims may have a different faith than him, "in this community, we celebrate and honor that diversity as something that makes us special, that makes us unique...As long as I'm the mayor of this community, we will never, ever demonize anybody based on race or creed or color or ethnicity or the god you worship or who you love."

What's happening in your town? Let us know by posting a comment below or on our Facebook page. And use our resources - including two FREE films - to help organize your event.

Together we can stand against hate, and takes steps towards creating safer communities for all.