Communities Reach Out After Acts of Hate; Students Plan Integrated Prom | Not in Our Town
Skip to main content 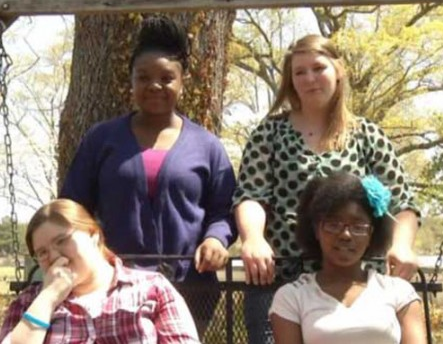 High school students in rural Georgia are campaigning to end the racial segregation of dances at their school, according to WSAV3. The four friends behind the campaign, two of them black and two of them white, say it is unfair that they can’t go to prom together.

Since the integration of Georgia schools in the early 1970s, racially segregated proms have been organized as private parties without funding from the school. Campaign organizers say the segregation is strictly enforced, and last year a biracial student who tried to attend the white prom was turned away by police.
In an interview with HuffPost Live, student Keela Bloodworth said that around half of her classmates were supportive of the campaign, but others had shown hostility by tearing down campaign posters.
On Friday the group announced on Facebook that, thanks to generous donations from supporters, they had met their funding goal and would be organizing an integrated prom.
Mass. Church Reaches Out After Desecration of Neighboring Parish

Rev. Leonard Hindsley of St. John the Baptist Church in Westport, MA is grateful to a neighboring church in Swansea, which provided his parish with everything they needed to conduct mass after his church was the target of several hate crimes.

The church was vandalized and robbed in early March, and hate crime charges are being brought against two brothers for the crime, according to Providence Journal. The items the brothers stole, intending to sell them, included chalices and a valuable tabernacle. When found, these sacred objects were damaged beyond use. The thieves also broke a crucifix in half and urinated into the holy water. Rev. Hindsley said he has forgiven the vandals.
Vigil held for hate victims at Elizabethtown College, PA 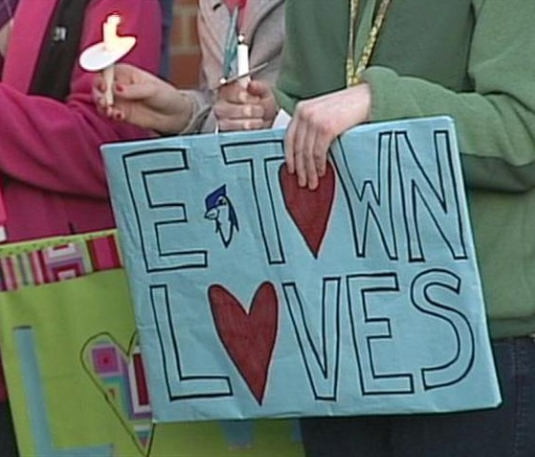 After several hate incidents on campus targeting gay, Jewish and African-American students, Elizabethtown College held a vigil on Friday night. Fox 43 reports that in the weeks preceding the vigil, racist and anti-LGBT messages were found on corridor message boards and in bathroom stalls.

Stacey Catigano, the student who organized the vigil, said, “I wanted the victims of these crimes to know they’re not alone.” The FBI is working with the college to address the incidents.
In:
hate crime
vandalism
church
vigil
Pennsylvania
massachusetts
georgia