As our country deals with the deadly bombings at the Boston Marathon earlier this month, many commentators have been anticipating an anti-Muslim backlash. Some hate crimes motivated by hostility to Muslims have been reported, including the valdalism of an Oklahoma City mosque this weekend. However, ABC News argues that the Muslim community has defended itself against backlash by quickly coming forward to condemn the bombings, and by fighting radicalization internally. 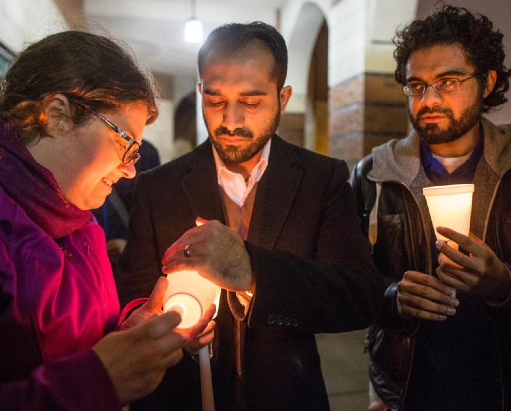 The Islamic Society of Boston Cultural Center
held a vigil for the bombing victims.
Credit: The Boston Globe.

Before all the facts were available, hate group head Pamela Geller rushed to blame Muslims for the attack, according to Salon. Geller was quick to announce, "Jihad in America." Both the Southern Poverty Law Center and the Anti-Defamation League have described Geller's group, the American Freedom Defense Initiative, as a hate group.

For months, the ADFI has spread its hate speech on buses and trains in San Francisco and New York, with the latest advertising campaign linking Muslims with terror and war. Transit authorities have stated that they cannot refuse to run them because of a 2012 court decision that upheld the AFDI’s right to advertise in public spaces.

But faith groups are standing up to these hate-based advertisements in cities arcross the country. This article in The Huffington Post, “Muslims Redefining Community” by Human Rights Attorney Engy Abdelkader, highlights efforts by a number of groups to challenge this message of hate. We wanted to share some of these inspiring campaigns, which promote diversity and interfaith peace.

To respond to the AFDI campaign, the New York City-based group Talk Back To Hate raised money for their own ad campaign on indiegogo.com. Their advertisements, which say “Hatred is easy, it is love that requires true strength and courage,” went up in subway tunnels in February 2013. 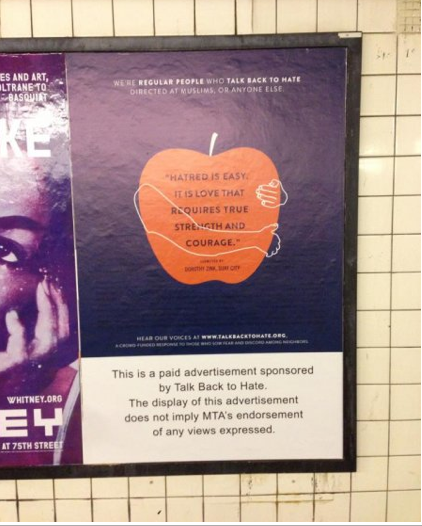 Credit: Talk Back To Hate

Meanwhile in San Francisco, the Municipal Transportation Authority pledged to donate the money paid for the ads to the San Francisco Human Rights Commission, as they did in 2012, to show that they do not accept the advertisements' message of hate. A Bay Area art group took a different approach, covering the adverts on San Francisco buses with large stickers calling attention to their hateful content.

AFDI took out advertisements in cities around the country in 2012, which described Muslims as “savages.” Muni in San Francisco bought some of their own ad space on city buses to affirm their commitment to diversity and tolerance. 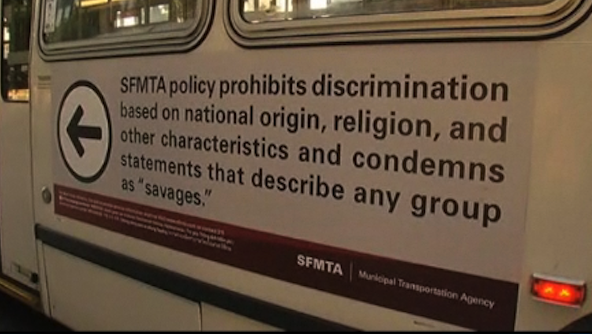 Credit: Muni Diaries
In New York, ads from United Methodist Women appeared side by side with the AFDI advertisement, and directly confronted the advertisements' anti-Muslim rhetoric. 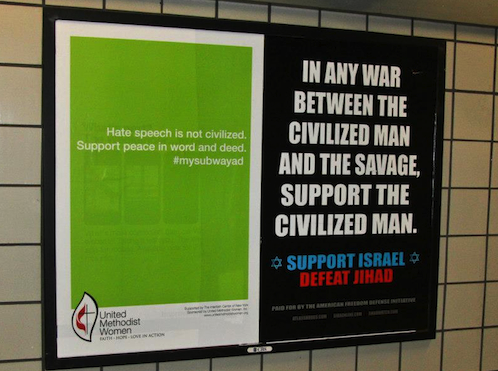 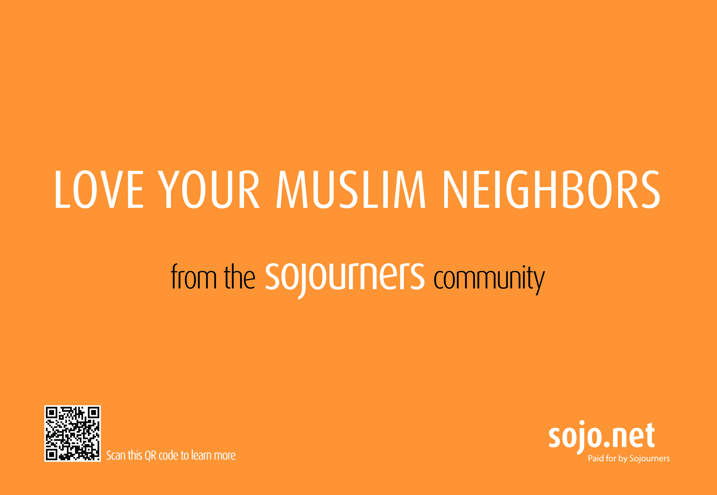 Credit: Sojourners
Finally, Rabbis for Human Rights produced this counter-ad. Rabbi Jill Jacobs said, "We want to make clear that the anti-Muslim ads do not speak for the Jewish community. We are a group of 1,800 rabbis and tens of thousands of American Jews who oppose dehumanizing anyone, and who are committed to working in partnership with the Muslim community.” 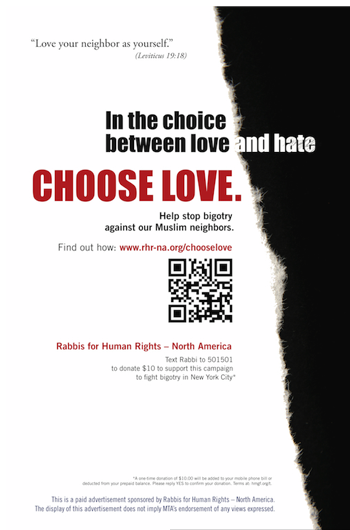 Credit: New York Times
Sojourners and United Methodist Women partnered with Not In Our Town for the premiere of our film about community responses to anti-immigrant violence, Light in the Darkness.
In:
Anti-Muslim
hate speech
anti-racism
hate group
anti-hate
american freedom defense initiative