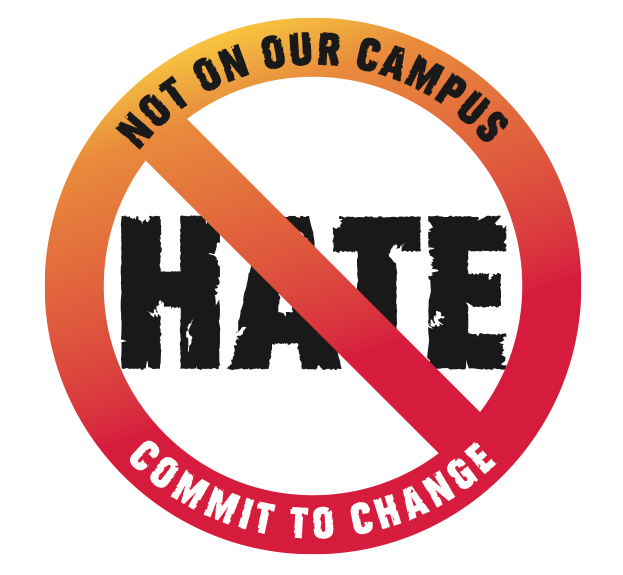 On this page you'll find a small sampling of some of these student-created programs that have been implemented on other campuses. With these examples to guide you, join colleges across the country that are saying Not In Our House, Not In Our Hall, and Not On Our Campus.

Photo: Univ. of Cali., Santa Barbara's students sport Not In Our Hall t-shirts at a school event.

Other Universities That Have Taken Action:

The following colleges were among those who created groups, hosted screenings and workshops, and held rallies. Many other college students—from Bloomington, Ind. to Modesto, Calif.—joined community organizations in the fight against hate.

We hope you find these resources useful. Using them? Let us know! Email us at info@NIOT.org.

Project:
Not On Our Campus
Type of tool:
Other document
NIOT:
not on our campus

i think that you guys are great and you should keep up the good work!!! thank you for all that yall do to make this a better world!!!

Negative Action due to lack of college degree

As a staff member who has worked at University for almost 15 years, I have  experienced prejudice and negative behavior from faculty and professional staff directed at me personally.  This is often due to the fact that, in this system, some of those who have completed their college degree feel far superior than those who have not.  They act as if it is important to maintain their myopic world view and if someone is not "a scientist" or a "professor", then they should be looked down upon, kept in their place, judged unfairly or discounted.  Someone once called this "chopping off the heads of others in order to appear taller".

I have also experienced great respect from certain high level faculty at this University and been treated as a peer.  This was not only due to my over 30 years of experience in working at Universities and my many accomplishments outside of achieving college credit; it was also due to the fact that this faculty person had dignity, self respect, and compassion along with an ever expanding world-view.