Sample Pledges | Not in Our Town
Skip to main content 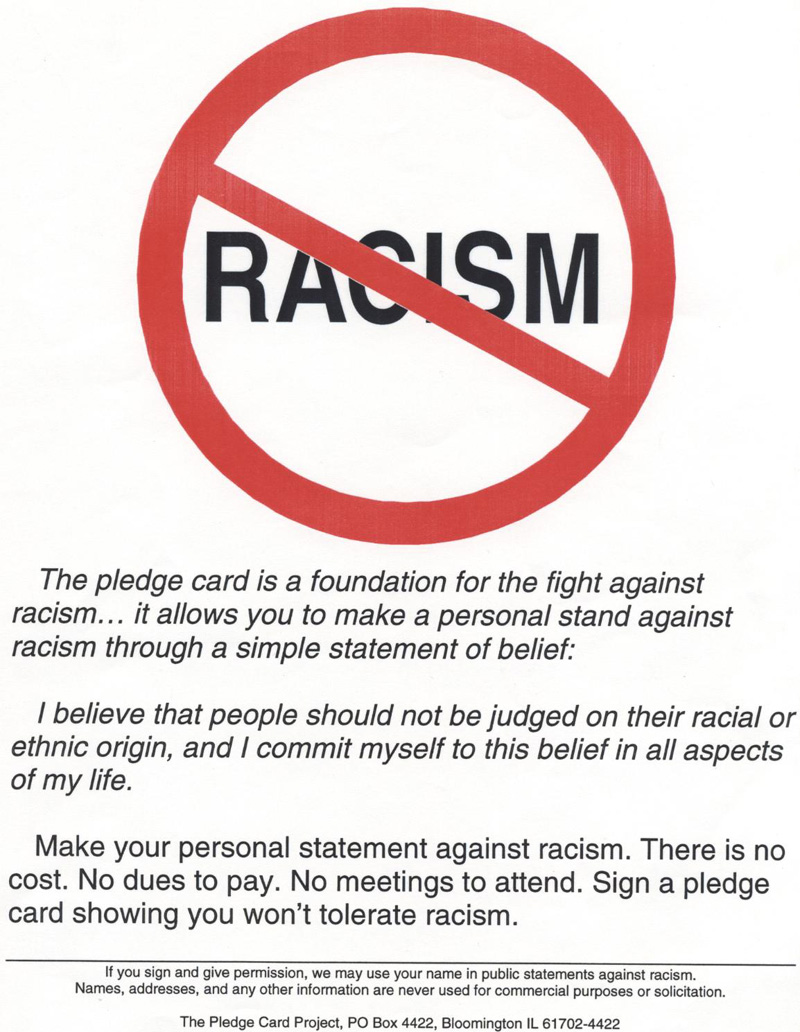 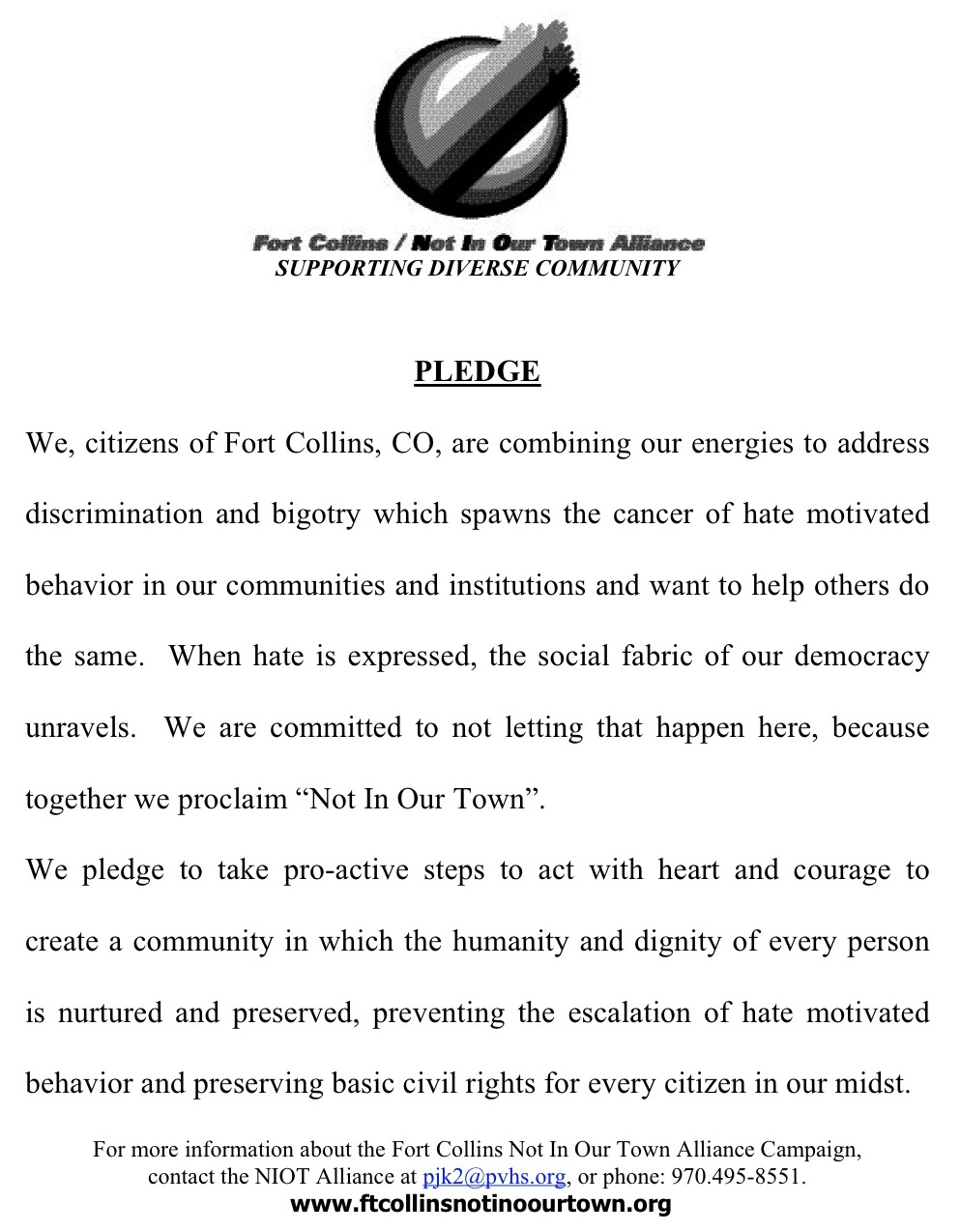 Left: Bloomington's pledge card implores signers to stand against racism by pledging not to judge people by their racial origin. 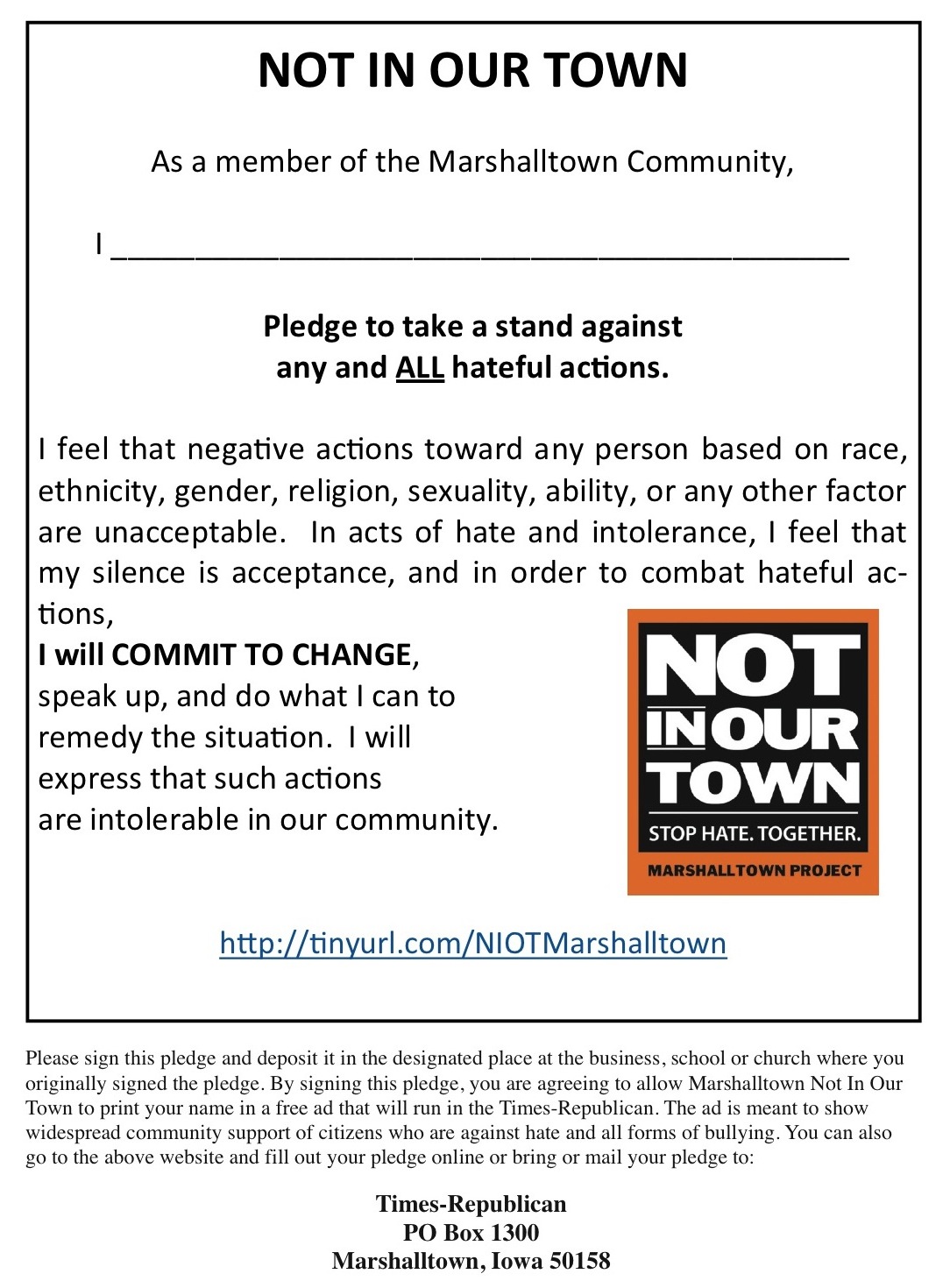 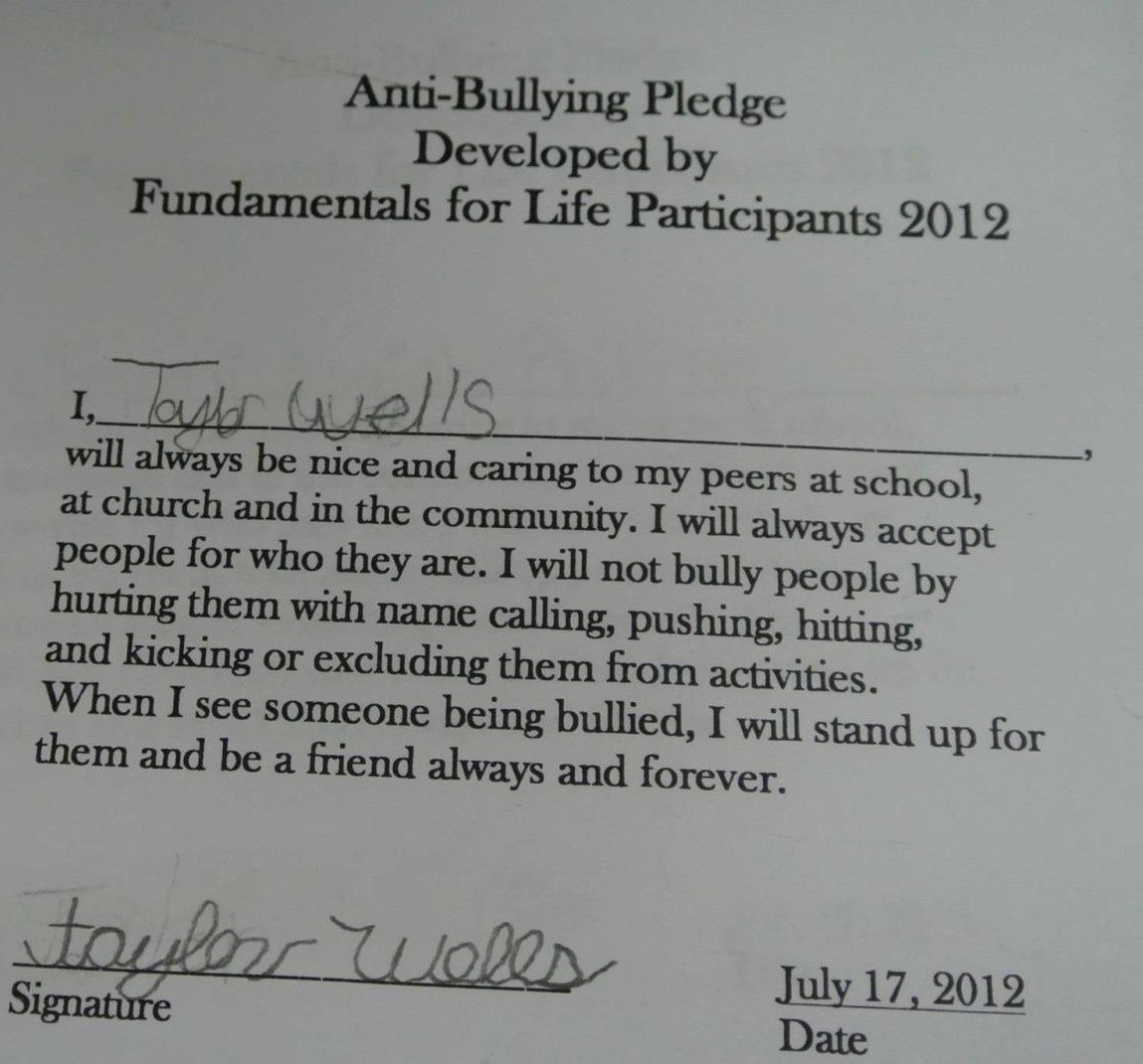 Right: Copies of the Marshalltown pledges
against hate were stuffed into various store shopping bags. Names of those who signed the pledge appeared in a free ad in the local paper, the Times-Republican, to show the community-wide support for the anti-hate movement.

All pledges can be downloaded in full-size at the top of the page, under "Files."

I wanting to Help The Bulling that is going on.

I want to help stop the bulling that is going in people lives and i want to make a differences. I want to speak out and be a care person and care for those who can't sleep knowing that when they got to school they would get bullied and harsserd and called names. I am willing to help and speak out to the world and let them know that is not right to treat others with disrespect . I think stadning up for my slef is imporant but standing with others is more important and standing up for others is most important.

I CAN HELP AND I AM WILL TO MAKE A DIFFERENCE