About The Working Group 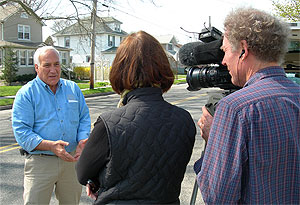 The Working Group tells stories for and about people who make change, and connects them to others who can expand their influence.

Our multi-platform strategy combines documentary film and television, social networking, outreach and organizing efforts in the areas of workplace issues; race, diversity and the battle against intolerance; and encouraging democracy and citizen participation.

In addition to producing the Not In Our Town PBS series and national anti-hate campaign, TWG is the largest distributor of workplace media in the country, producing the award-winning public television series We Do the Work and Livelyhood.

The Working Group is a 501(c)3 nonprofit organization. Your donations are tax-deductible to the fullest extent allowed by law.