Homegrown Terrorism | Not in Our Town
Skip to main content

"There should be no doubt that this shooting was an act of domestic terrorism.  Protecting Americans from the threat of terrorism of all types is the top priority of the U.S. Department of Justice.  We and our federal law enforcement partners are committed to doing all we can to prevent, respond to, and prosecute such crimes. The Attorney General has stated, and I agree, that there is no place for acts like these in our country or in civilized society."

—U.S. Attorney Benjamin Wagner from the Eastern District of California 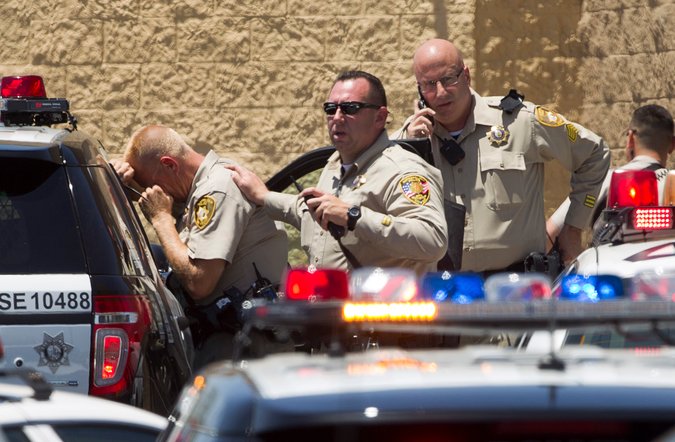 Photo from the New York Times: Police officers outside a Walmart in Las Vegas after a shooting last year involving suspects with anti-government and neo-Nazi views. Since Sept. 11, 2001, 48 people in the United States have been killed by non-Muslim extremists, compared with 26 by self-proclaimed jihadists, according to the research center New America. Credit Steve Marcus/Reuters

Days after a church shooting in Charleston, SC, the New York Times explored domestic terrorism in their June 25 article, "Homegrown Extremists Tied to Deadlier Toll Than Jihadists in U.S. Since 9/11."

Read the article at the New York Times and take steps to build stronger, safer community with this Not In Our Town guide, co-produced with the U.S. Department of Justice COPS Office.