Standing with Newtown, CT in Oak Creek, WI and Marshalltown, IA | Not in Our Town
Skip to main content 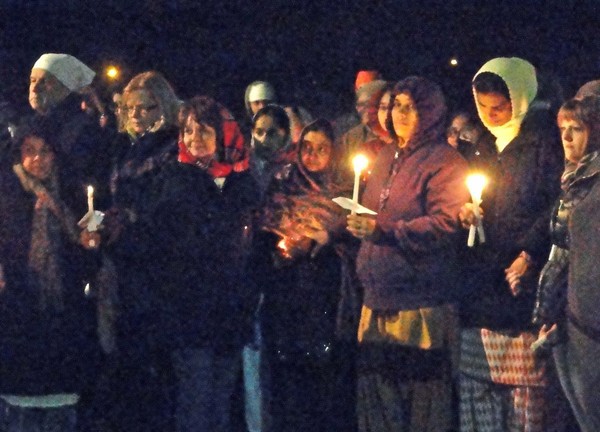 From Oak Creek Patch: About 100 people attended a candlelight vigil Sunday night at the Sikh Temple of Wisconsin for victims of the Newtown school shootings. Credit: Mark Schaaf

Mass shootings are happening all too often across the country, and no one knows this better than the residents of those communities affected.

The residents of Oak Creek, WI, understand the pain these shootings cause—just four months ago, a white supremacist shot and killed six people at the Sikh Temple of Wisconsin.

That’s why Oak Creek stood with Newtown, CT, on Sunday, holding a vigil to remember the 26 people killed in a shooting rampage at the Sandy Hook Elementary School on Friday. Read the full story about the vigil on Oak Creek Patch.

Kanwardeep Singh Kaleka, whose uncle was killed during the temple shooting, spoke at the vigil.

Two children whose parents were killed in the Wisconsin temple shooting read aloud the names of the children who died in Connecticut over the weekend. According to Oak Creek Patch, about 100 people attended the memorial gathering.

For ways to help the residents of Newtown, visit Newtown Patch for links and suggestions about how to give.

Other towns in the Not In Our Town network like Billings, MT, and Marshalltown, IA, are planning vigils for the shootings as well.

Two Billings churches, the Mayflower Congregational Church and the First Congregational United Church of Christ, co-sponsored “a Taize-style service, quiet and contemplative with prayers and candlelight,” on Monday night, according to the Billings Gazette.

The Trinity Evangelical Lutheran Church held its own vigil in Marshalltown. 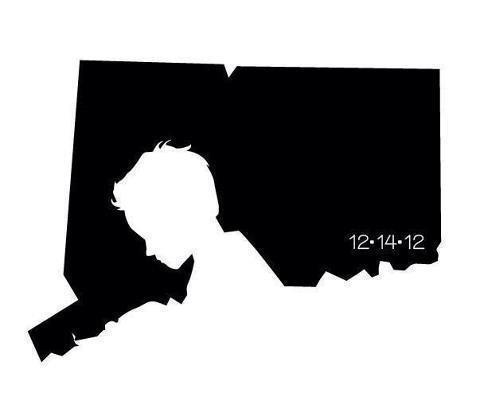 The hate group known as the Westboro Baptist Church announced plans to picket the funerals of Sandy Hook Elementary shooting victims that will be held on Wednesday. But social media efforts and online groups are working to help Newtown families mourn in peace.

Reddit commenters responded with overwhelming messages of love and compassion for the Newtown shooting victims to drown out Shirley Phelps-Roper, a WBC spokeswoman who attempted to start an IAmA chat on the website. Read the comments for yourself on Reddit.

According to a CTNews post, Redditors have even vowed to counter any WBC protest with a “silent blockade,” to shield funeral attendees from having to encounter the group.

Despite the social media and hacking barrages, the WBC says it still plans to picket the funerals on Wednesday. With all the help from their Internet supporters, however, the families of the victims of the Newtown shootings may be shielded from the hate group.

One Facebook group, Counter Action Against WBC Picketing Newtown Shooting Victims, comprised of more than 7,500 members, is organizing a “human wall of love.”

Communities have come together to stand up to the hate group during other tragic events, including the funerals after the Tucson, AZ  shootings and the deadly tornado in Joplin, MO. See Not In Our Town's video collection, "Community Respones to Hate Groups."

Why on earth would a church do that?? You are not a church if you plan on runing those kids funeral God would not want you to do that!!!!!

It's time to stop the violence against each other...

I, too, am a victim of gun violence and

it's time for my voice to be heard.

And to all of those folks who thinkhaving a gun would have stopped whathappened to me, that's a fantasy. As a former social worker, it's clear we need moreservices in place, not less. These servicesneed to be readily available before violence occurs.
For those who have worked in a school,Teachers already have enough responsibilities.
And for those who value safety and the safety ofTheir children, it's time to Change the culture of violence in this country.
Many more children have died in our countrysince Newtown, and they were killed by guns.Guns are clearly not making us safer. Statisticsshow this. Speak up for change. Remember, if gunviolence can happen to me, it can just as easilyhappen to you or your loved ones. Happen to you or your loved ones.
Diane