NIOS Film Fictionalized in YA Novel, Comic-Con Takes on Bullying + More | Not in Our Town
Skip to main content 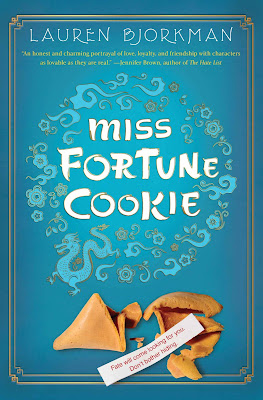 Lauren Bjorkman seems to have been inspired by the anti-hate movement for her 2012 book Miss Fortune Cookie. The novelist portrayed a fictionalized account of Lowell High School’s counter protest of the hate group Westboro Baptist Church.
“Heartfelt thanks to the incomparable Katie Gong, Lowell High class of 2011, for sharing her blog, answering my many, many, many questions, and reviewing my manuscript for accuracy,” Bjokman wrote in the acknowledgements.
Bjokman discovered the counter protest through the short film Lowell High Dance Away Hate Group produced by Not in Our Town. She said the positive energy was very inspiring, which makes us proud. Not in Our Town is grateful Bjorkman will share and hopefully encourage others to spread love and fight against hate.
How kids saw the controversial Cheerios commercial
A video of kids’ reaction to the controversial Cheerios commercial featuring an interracial family show most could not tell what was “wrong.” Moreover, all of them became genuinely confused when it was pointed out that people were upset about the racial background of the parents depicted in the commercial. The video is a part of the Fine Bros. series that has kids, teens, and elderly people react to viral videos, news stories, and trends, reports The Daily Dot. It shows that kids as young as four recognize love is love regardless of skin color.

“[Marriage] just depends on the heart and if they love me,” one child said.  “Underneath is you’re literally the same. You have organs and a heart,” said another. Not in Our School believes these kids are an inspiration and will be the next generation of upstanders.

When bad things happen: resources for dealing with violence 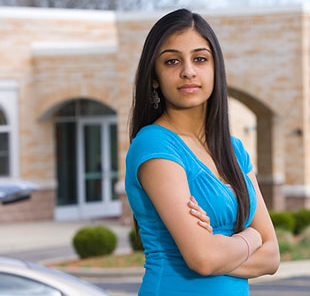 When Jaspreet Singh’s place of worship, the Sikh Temple of Wisconsin, was attacked by a white supremacist who murdered six people, she and other teens took initiative to educate the wider community about her faith and heritage.

Community violence can be traumatic for young people and result in long-term consequences such as anxiety, depression, and aggressive behavior. For those who have been victims, witnessed, related to someone, or live in a climate of violence, here are resources to help them heal from the Teaching Tolerance website.

Violence still caused Jaspreet and her friends much grief. “We were helping others, but there wasn’t always enough time to help ourselves,” she told Teaching Tolerance. “[Teachers] told me, ‘If you ever need to talk, please let me know.’ It was really nice to hear that—not just from friends and peers, but from my mentors and teachers.”

Comic-Con not only featured all of your favorite superheroes, but an anti-bullying panel too.

Carrie Goldman, author of the book Bullied: What Every Teacher, Parent, and Kid Need to Know About Ending the Cycle of Fear, moderated the widely popular event, Comic-Con’s first anti-bullying panel. Human rights organizations such as No H8, the United Nations Association, Cartoon Network’s Stop Bullying: Speak Up, The Anti-Defamation League, and GSLEN were all participants in the discussion.

Goldman said that in geek culture there is a vast amount of peer victimization, harassment, and bullying. She lists male gamers versus female gamers and hardcore gamers versus casual gamers, with issues of misogyny and homophobia and discrimination as common problems in the gaming community. You can read more about the anti-bullying coalition at Comic-Con here.