New Video + Discussion: Charleston, the Days After | Not in Our Town
Skip to main content

Not In Our Town traveled to Charleston, South Carolina to document stories from the community in the days after the horrific hate crime attack that took the lives of nine members of the Emanuel African Methodist Episcopal Church on June 17, 2015. This short video is designed to prompt reflection and discussion for community and faith groups about how we can take local action in response to hate.

Charleston The Days After 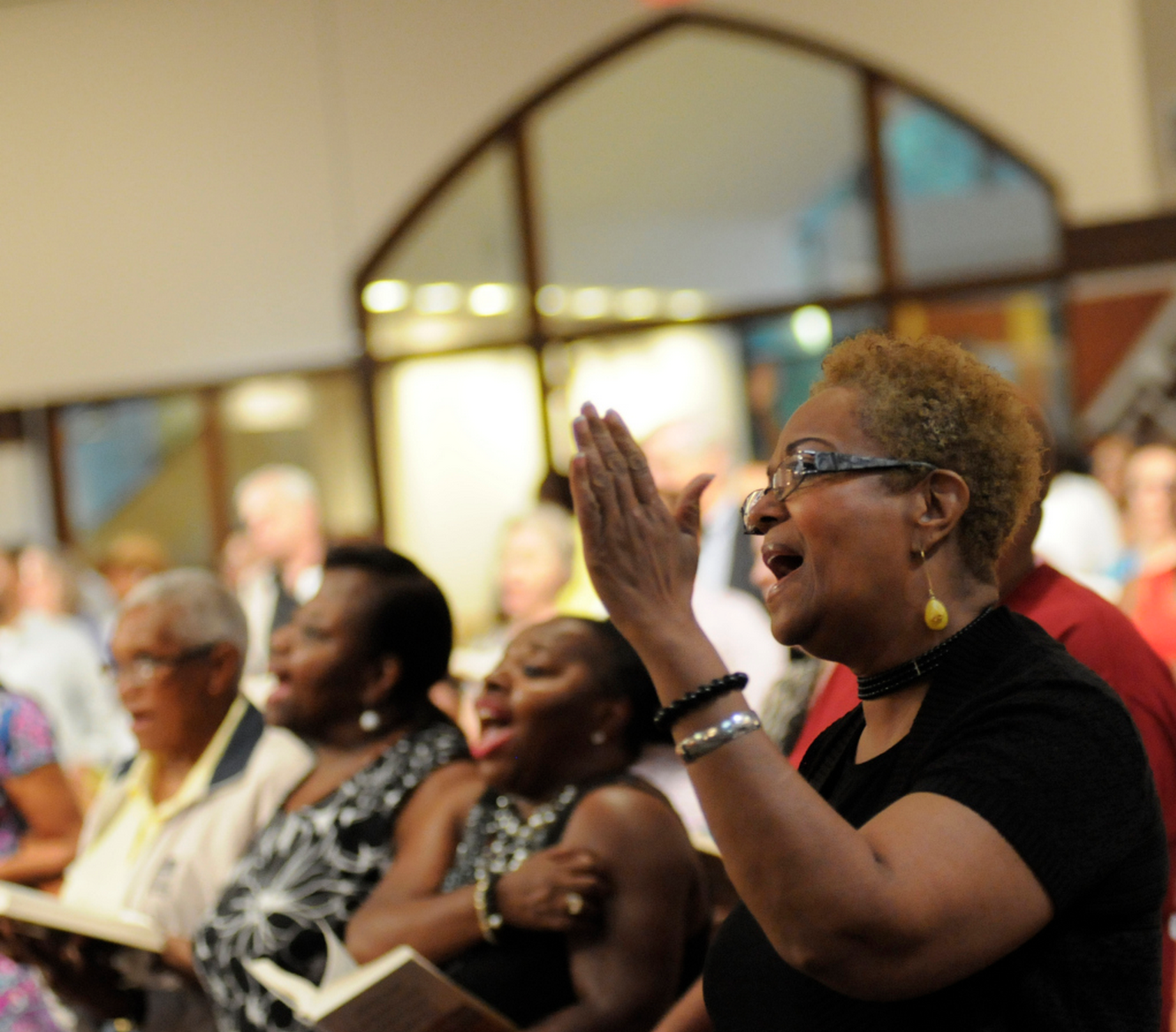 After a white supremacist killed nine people at the historic Emanuel AME Church in Charleston, South Carolina, people across the nation grappled with this racially motivated massacre that took place in a church during an evening of Bible study. In the days after the deadly hate crime attack, the community came together to grieve. Thousands gathered to pay their respects, waiting in funeral lines that wrapped around the streets of Charleston. People – young and old, black and white – formed prayer circles in the streets, their voices cracking with emotion as they joined together sharing stories and singing gospel hymns. In a time of shock and devastation, the healing process began and our spirits were lifted by the grace of the victims’ families.

A local faith leader, consoling visitors in front of the church, talked about their collective loss. “The killer plucked from the tree nine individuals who made an impact on their communities, their neighborhoods and their city. 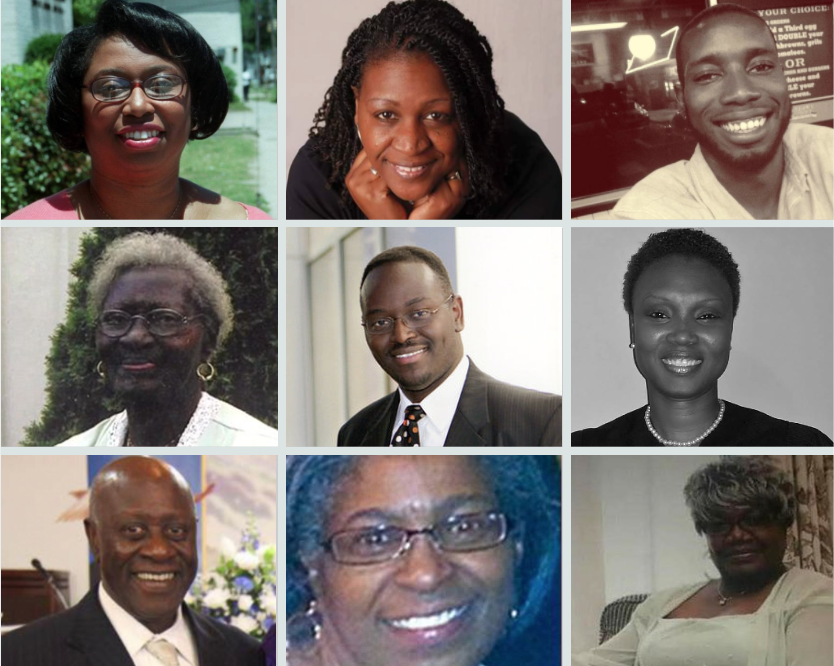 When they died, a piece of allof us died.” An old friend of the slain librarian, Cynthia Hurd, broke down crying, “It hurts; it’s still hurting.” A high school athlete honored his track coach, Sharonda Coleman-Singleton, “I would not be running if it weren’t for her, she inspired me everyday.” A parishioner reflected on the character of Senator Clementa Pinckney, “He fought for the rights of others. He didn’t allow politics to get in the way - he never lost his focus. He was a man of the people.” Stories of the other six victims, including Rev. Daniel Simmons Sr., Myra Thompson, Tywanza Sanders, Rev. DePayne Middleton Doctor, Susie Jackson, and Ethel Lance broke our hearts.

A Call for Unity

The sense of unity became stronger as the community shared the message that love is more powerful than hate. During the alleged killer’s arraignment in court, family members of the victims wept openly and told him they forgave him. 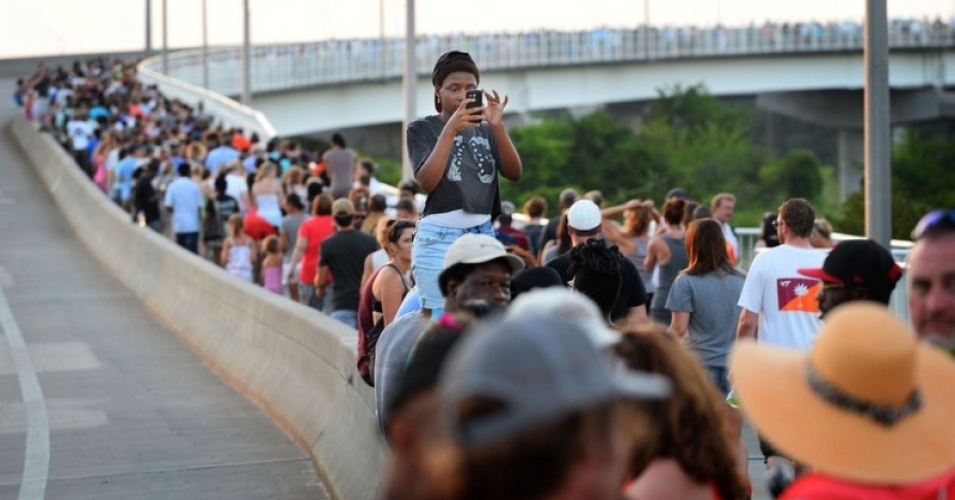 Mayor Joseph P. Riley talked about the killer’s intent to start a race war, "He had this crazy idea that he would divide us. All he did was unite us and make us love each other more."  In a sign of solidarity,15,000 people walked hand in hand across the Ravenel Bridge creating a unity chain to show support for Mother Emanuel AME. Thousands more attended vigils, memorial services and unity events in churches, parks and on street corners. The calls to remove the Confederate flag, a painful reminder of the legacy of slavery and segregation, were swift and bipartisan. The image of a young woman named Bree Newsome, whose ancestors were slaves, climbing the flagpole at the State Capitol to bring down the flag was an act of civil disobedience that inspired us all.

Honoring the legacy of those who were lost 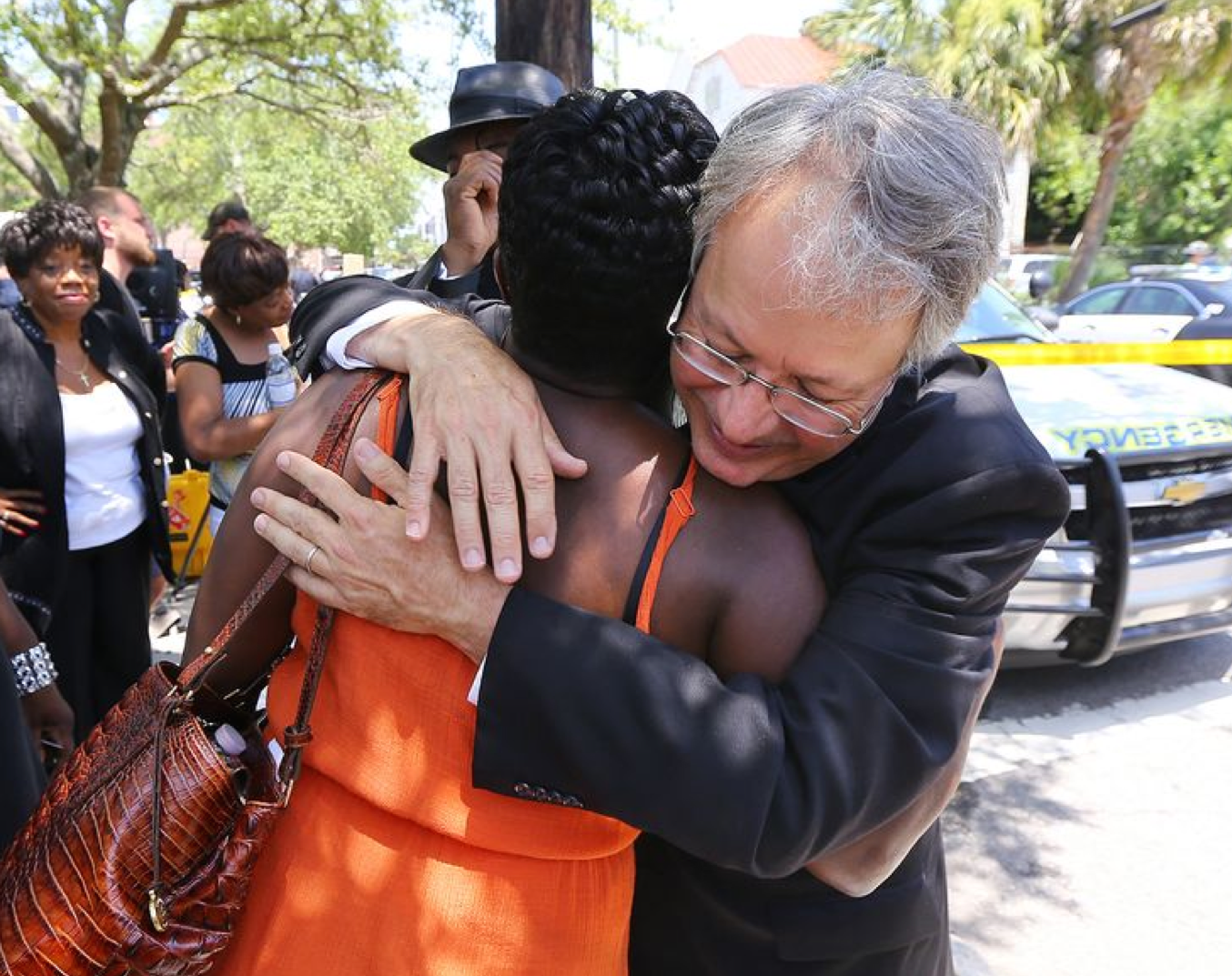 Through the healing and community action, people talked about the persistence of racism that plagues our communities. A young woman asked, “What will happen when the funerals are over and the media leaves town? Will the Emanuel 9 be forgotten?” A faith leader hoped that the tragedy would become a call to action. “We can no longer be silent about issues that divide us. Now is an opportunity for us to speak, to say what's on our hearts, but then to start looking for real solutions.”