Memories of Billings: A Letter to Brattleboro | Not in Our Town
Skip to main content

Memories of Billings: A Letter to Brattleboro 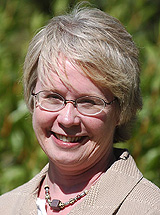 Margaret MacDonald, a leader in the Not In Our Town Movement in Billings, Montana, wrote the following letter to people in Brattleboro, Vermont who are uniting in response to incidents of racism and violence.

I have been reading with a sinking heart about the activities in Brattleboro, and my sympathies go out to the community as it struggles with hate groups cropping up among the youth of the city.  Billings was in a very similar state of consternation and dismay back in 1993, when we began to organize the community to confront this phenomenon in ways that were creative, but firm.

Here is a review of some of the guiding principles that helped shape the responses, which were later recognized by the Working Group documentary “Not In Our Town.”

The first principle was that the hate speech – the graffiti, the vandalism,
the flyers around town – should not be ignored simply because it came from “kids.” Of course, we did not know exactly where it came from, but many community leaders presumed it was, and also thought the best course would be to pretend it wasn’t happening.

Fortunately, we had three things going in our favor – (1) a sophisticated statewide human rights organization that was on the cutting edge of countering this burgeoning movement, (2) strong faith community leaders who were willing to step up and play a leadership role in the community and articulate thoughtful, strong arguments for addressing these ideas proactively, and (3) a police chief who has watched a similar situation unfold in his previous posting and learned the hard way that when communities tried to ignore this movement, they paid a price in escalating violence and ultimately tragedy.

The second principle was that the communities that are the targets of hate groups are going to be watching very closely to see how the rest of the town is responding. If the town is saying, “It’s not a big deal, it’s just kids acting out, don’t pay attention to them, that’s all they are seeking,” the message to the families who are being bullied and intimidated is that, “Your safety is unimportant.”  If the town, on the other hand, says that what happens to the smallest minority, happens to us all; and we will not stand by and permit that to continue, the whole community is strengthened and relationships are built up.  All kinds of wonderful and surprising fruits will come from stepping up to this issue.

The third principle was to focus the energy of the community not so much on the perpetrators, but rather on their targets and find significant ways to publicly stand with them. So at every step of harassment and intimidation, more support is manifest for those who are being targeted.  That is not to say that if the perpetrators can be identified and brought to justice, they certainly should be.  But the creative nonviolent “jujitsu” of making every action elicit even stronger support for the targets of hate undermines the impetus and the energy of the hate groups and their insidious message.  It also creates inestimably valuable teaching moments in thousands of homes, classrooms, work places, churches, and other venues across the community.

My best wishes to the organizers in Brattleboro.  I know that Patrice and Rhiann are great teachers and communicators and will help you.  What you are doing is a defining moment in the history of your community and I wish you every blessing.

In:
Billings
brattleboro
racism
Not In Our Town