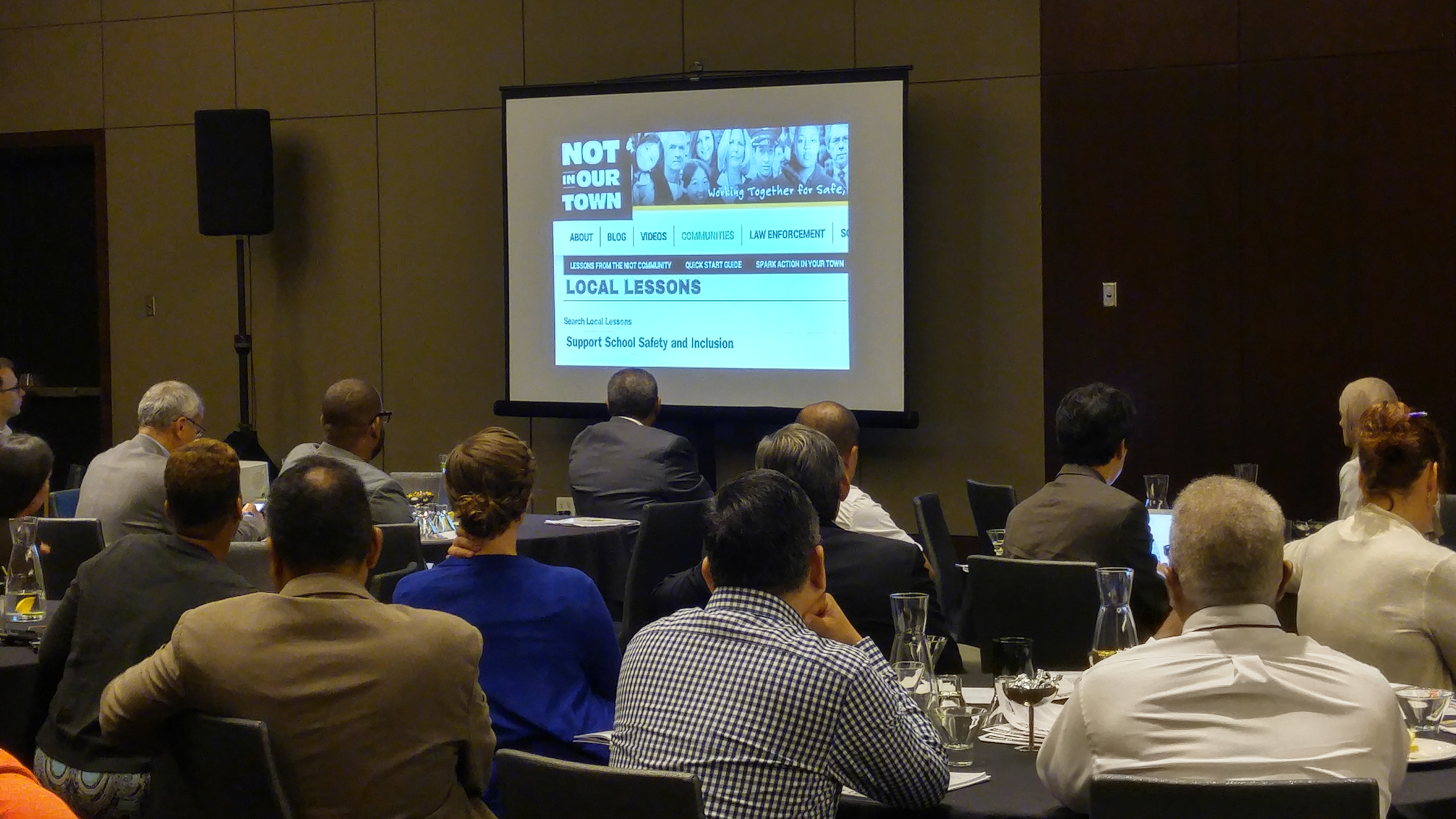 At a moment when hate violence is spreading and hate groups are planning rallies in cities across the U.S., local human rights and human relations commissioners and directors were gathering intelligence and discussing best practices for response at the 2017 annual meeting in Seattle of IAOHRA, The International Association of Official Human Rights Agencies. 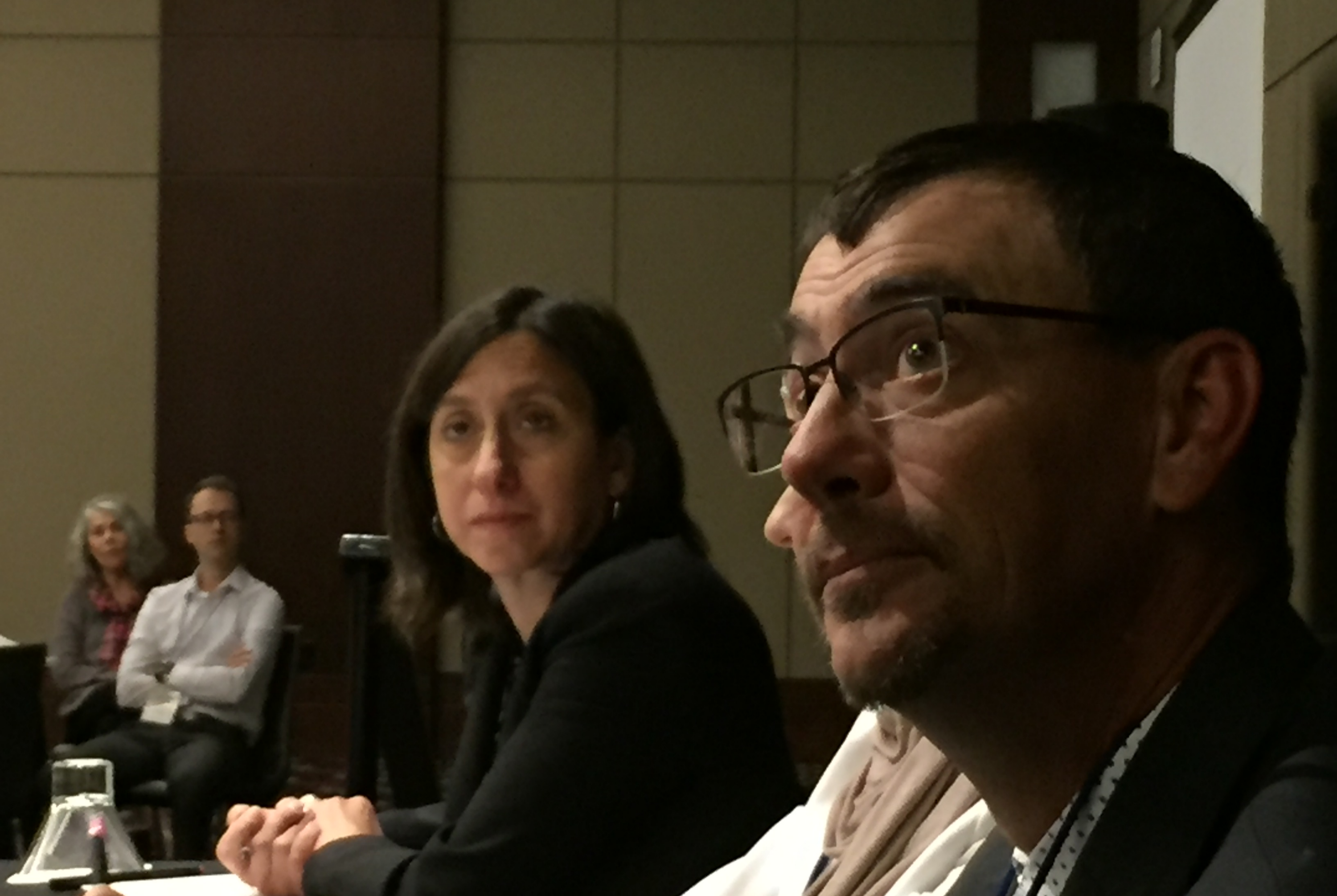 Not In Our Town leader Patrice O’Neill shared strategies from the NIOT movement at a plenary session on Addressing the Rise in Hate and Bias Crimes. The panel was a sobering discussion of the challenges faced by municipalities nationwide as hate and bias incidents spread in communities and schools. Mark Bishop, Michigan Alliance Against Hate Crimes leader, speaking of this moment as the “after times,” urged communities to find new ways to thwart hate group violence. Jasmin Samy, CAIR Director for the State of Washington spoke of the threats facing Muslim residents, and her efforts to promote dialogue and cross sector relationship building. The panel was moderated by Rue Landau, Executive Director of the Philadelphia Commission on Human Relations (PCHR) and the Fair Housing Commission (FHC).

A breakout session following the plenary explored the role local civil rights agencies can play in addressing bias incidents in the community - including the importance of coordinating community responses to bias not protected by existing civil rights laws. Mark Bishop, and Randy Blazak, Chair of the Oregon Coalition Against Hate Crime, shared examples of local actions in their towns, and the director of Seattle Office for Civil Rights, Patty Lally, presented findings from the City Auditor's recent review of hate crime prevention, response, and reporting in Seattle. The report has valuable lessons for other cities. 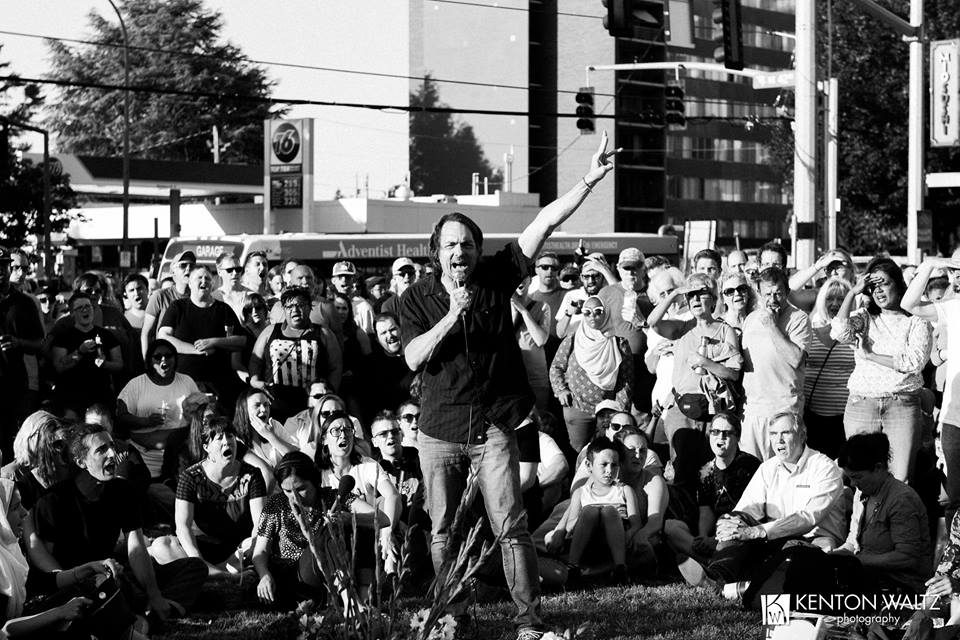 At a vigil to honor those who were harmed and killed in the hate crime attack on a Portland train, Randy Blazak, Chair of the Oregon Coalition Against Hate Crime, chants "Not In Our Town" with the mourners assembled.

Blazak, spoke about the response in his city after a white supremacist killed two people  and severely injured another man  who stood up to defend passengers in an anti-Muslim attack. Blazak, spoke about the need to have long term groups in place who can support hate crime victims and work with local officials on response. Portland has announced efforts to fund a full time position and small grants for grassroots groups to strengthen local hate and bias response. In the discussion, members flagged concerns about hate incidents in schools and challenges on police-community relations as cities try to improve hate crime reporting. 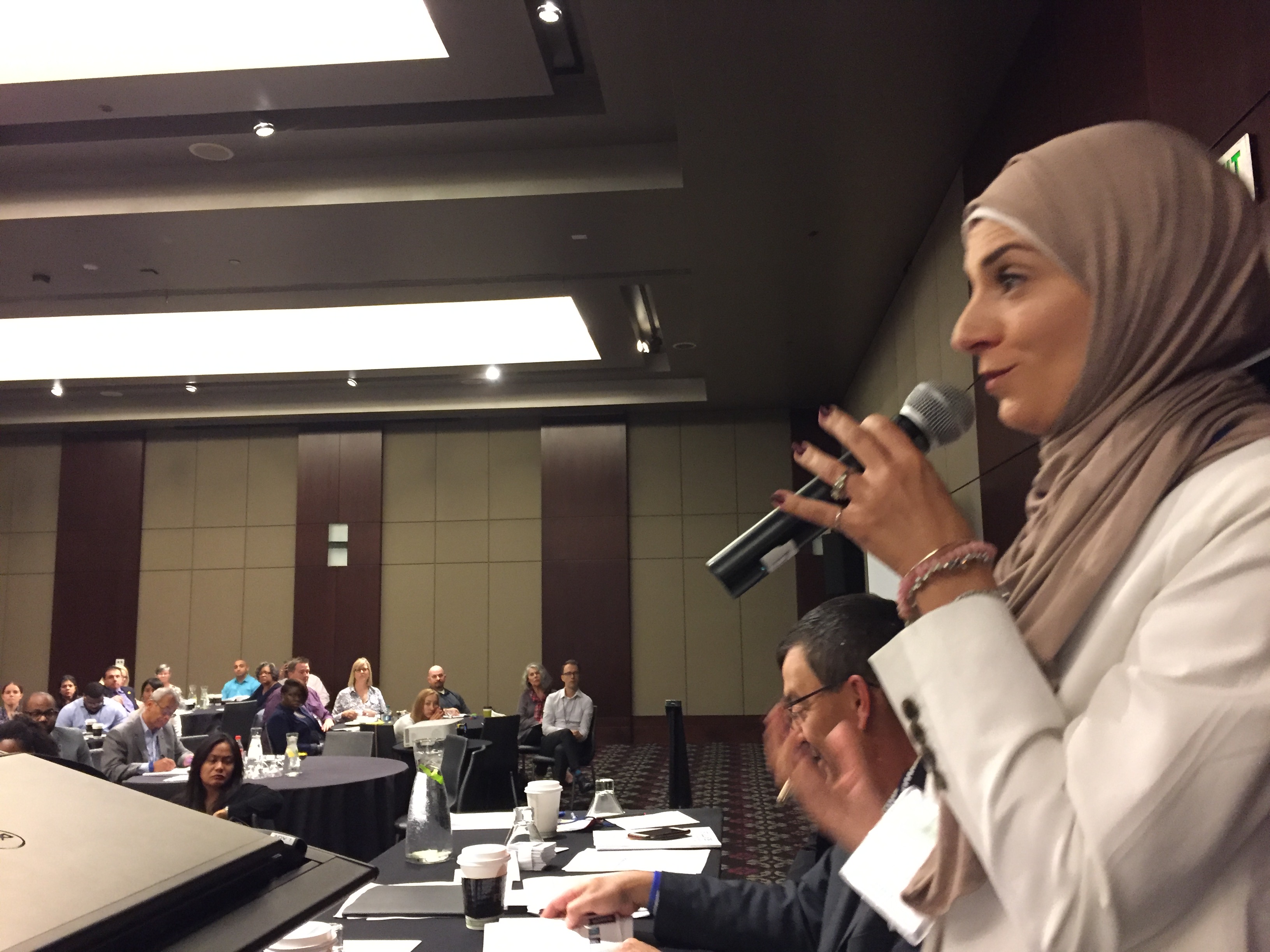 In another session, Brian Levin, Director of the Center for the Study of Hate and Extremism at California State University, San Bernardino, presented an overview of recent trends in hate crimes and prejudice. In his opening remarks, Levin emphasized that hate crime enforcement and prevention is all local. As part of his ongoing commitment to honor the individuals and agencies working on the front lines, he surprised Seattle Police Department Bias Crimes Coordinator, Detective Elizabeth Wareing, with a certificate of appreciation. Levin's intensive review of statistics revealed that five out of ten of the largest U.S. cities saw a rise in hate crime in 2016, and demonstrated the effect of political rhetoric on hate crime and bias incidents. He identified the lack of unified messaging about American values as an urgent challenge today, and pointed to strong local leadership and regular community convenings as critical responses.

Hosted in Seattle, the Washington State Human Rights Commissioner Sharon Ortiz helped convene the conference, which featured over 250 participants, representing 160 local government human rights and human relations agencies. The conference included a tour of the Daybreak Star Cultural Center, considered an urban base for Native Americans in the Seattle area. The afternoon program included an official blessing, Tulalip drummers, and a panel discussion about how implicit bias plays a role in environmental policy. Robin Toma, Executive Director, Los Angeles County Commission on Human Relations, was elected incoming President of IAOHRA Board of Directors.

Learn more about how your city can be part of IAOHRA, and how your local agency can become part of the NIOT Network.