How 10,000 Menorahs Helped A Town Defeat Hate | Not in Our Town
Skip to main content

Our earlier post outlined recent acts of anti-semitism in two Montana towns, and what people can do. Now we want to share five action principles that have worked all over the world.

You can be a catalyst for change in your town.

The message of Not In Our Town is straightforward. Each of us has a role to play in standing up to hate, and if we work together, on the ground in our local communities, we can overcome acts of hate and intolerance.

Twenty years ago, the citizens of a different Montana community were also facing white supremacist organizing and there is some good news to report: the people of Billings, Montana overcame these threats, and learned how to combat hate. Here's a short version of the story, and below, we've outlined five principles that made their actions effective.

Not In Our Town: Billings, Montana.

The Story of Billings: 10,000 Menorahs help a town defeat hate

In 1995, Not In Our Town told the story of the people in Billings who stood up to white supremacists when a Black church, a Native American family and a Jewish family became the targets of intimidation. Townspeople of all races and religions found common ground against attacks to their neighbors. Religious and community leaders, labor union volunteers, law enforcement, the local newspaper and concerned residents united in action and spoke loudly against hate and intolerance, proclaiming in no uncertain terms "Not In Our Town."

It all started with a story that helped provide a model for how to stop hate groups. When a brick was thrown through the window of a 6 year old Jewish boy who had displayed a menorah for Hanukkah, it was a signal that violence in Billings Montana was escalating.

Local churches, human rights and labor organizations, businesses  and the local newspaper urged residents to place menorahs in their windows as a sign of solidarity. At first, there were attacks against some of those churches. But people persevered and that holiday season, 10,000 people put menorahs in their windows to show they would stand together against hate and bigotry.

Tammy Schnitzer in a scene from “Not In Our Town: Billings, Montana.” A brick was thrown through her 6 year old son’s window where a menorah was displayed for Hanukkah. 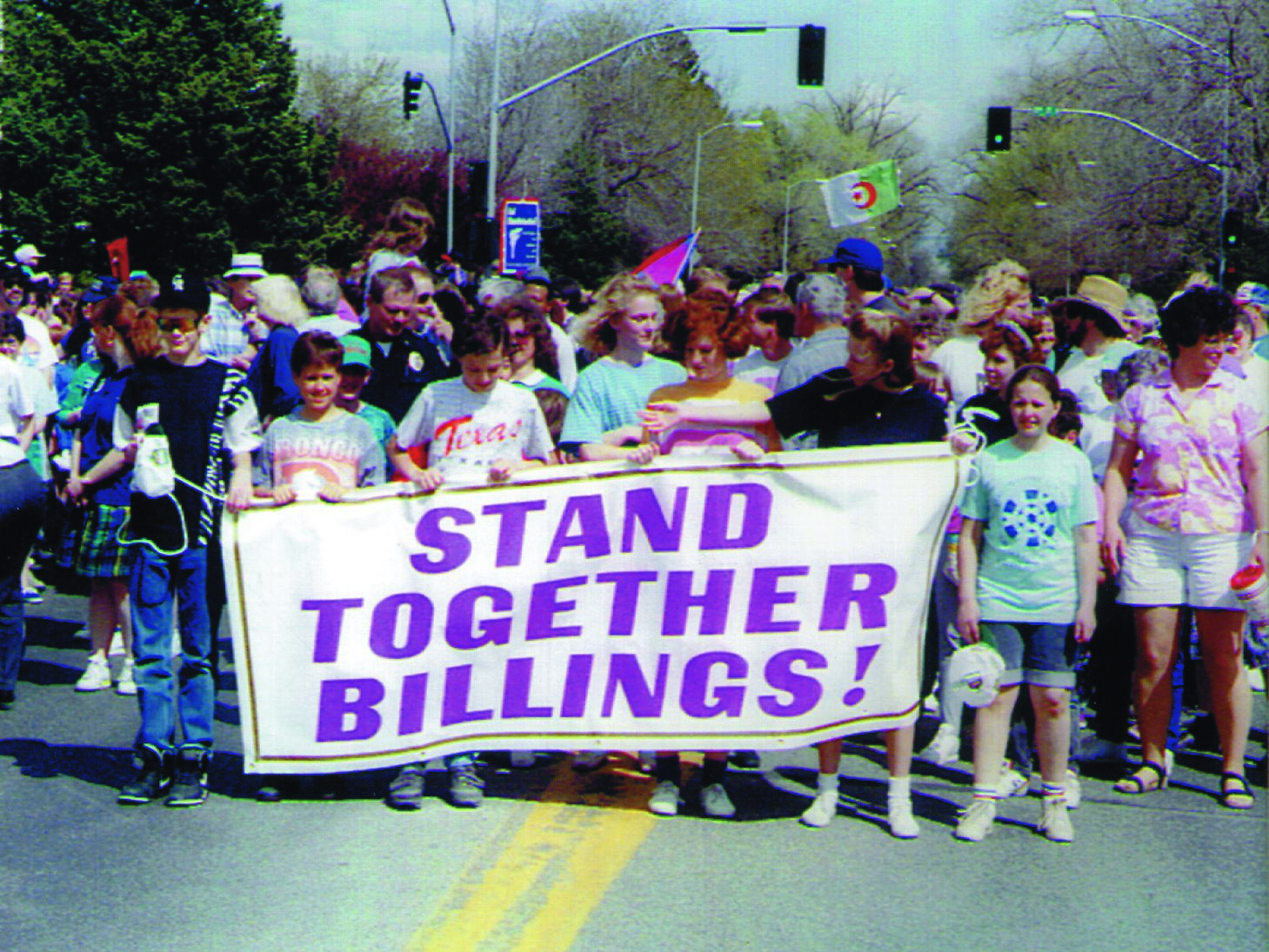 The community of Billings, Montana came together in solidarity when faced with hate and tolerance in their town.

What we have learned from the Not In Our Town movement is that with practice, we can defeat hate by working together in local communities. The people of Billings and members of other communities have created a model for how a community responds to hate. The model has been replicated over and over, across the US and around the world.

We Can Stop Hate Together

Safe, swift, tangible action shows that hate will be resisted and that we won’t let our neighbors live in fear. Practicing response to hate means that when hate manifest itself, communities respond together.

Hundreds of communities have found inventive ways to take action, and here at Not In Our Town, we have been documenting and sharing their methods for over twenty years. Collectively, we are getting better and better at doing this, but now the threat is increasing rapidly, and we have to do more. Please think about how you will stand up for each other in the coming year. Join the Not In Our Town movement, and share our video and a message of hope with your family, your friends, your community.