Honor Congresswoman Giffords and the fallen in Tucson: Participate | Not in Our Town
Skip to main content

Honor Congresswoman Giffords and the fallen in Tucson: Participate

This week we remember those who were killed and wounded in Tucson, Ariz. in an assassination attempt on U.S. Congresswoman Gabrielle Giffords. The majority of Americans grieve together. No matter how you view these events, this is a pivotal moment.

The way we deal with our differences is now painfully and urgently laid bare. Arizona has acutely experienced these fractures. Our public discourse is becoming more hateful and intimidating and this has deep consequences for our willingness and ability to participate in community life. 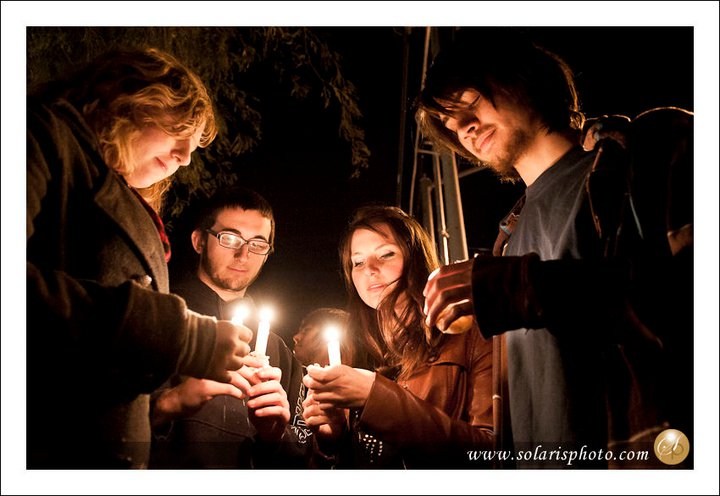 The people at the scene of this horrific crime present a compelling picture of what is at stake.

There were brave ones who lived—a woman who runs a family business grabbed an ammunition clip as it fell to the ground, a retired Army colonel and local resident who wrestled the killer to the ground.  And, 20-year-old Congressional intern Daniel Hernandez who rushed to the Congresswoman’s side in the middle of the melee and performed the immediate triage that may have saved her life.

The six who were slain included a highly respected Republican judge who stopped at the Safeway after Mass to talk to the congresswoman, a retired construction worker who was shot while shielding his wife, a church volunteer and grandmother, a conservative Republican activist who had come to share her views, a 30-year-old Tucson staff member of Congresswoman Gifford’s who committed himself to community outreach, and a 9-year-old girl, born on Sept. 11, 2001, who in her short time on this Earth committed herself to participating in our democracy.

This is who we are, the best of us. A cross-section of our country lived and died in that parking lot that day. What they all had in common was their willingness to participate—to be part of the process, both messy and mundane, that is our democracy. This is not a Republican tragedy or Democratic tragedy. This is an American tragedy.
At Not In Our Town, we’ve chronicled the stories of communities in crisis for many years. Although NIOT stories often unfold in the aftermath of hate crimes, many of the questions facing Tucson and the country are the same: 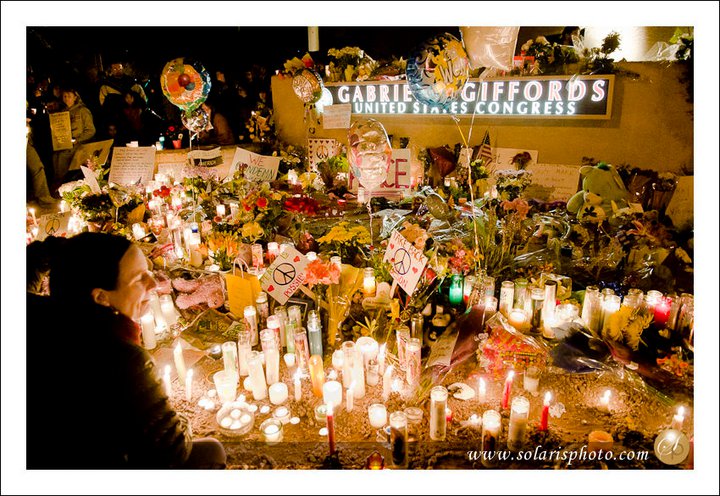 How do we keep this from happening again?
How do we preserve the ability and willingness for everyone to participate in the democratic process without the fear of violence?

It would be a dishonor to those who were killed if we didn’t grapple with those fundamental questions. It would deepen the tragedy if fear, anger or division caused any of us to remove ourselves from being active in civic life. We respect and honor them by reinvigorating our commitment to participate fully in our

What will you do in your town to make sure that every one of us—and all of our neighbors—feels safe, welcome and included in this process?

Not In Our Town, Not In Our Country: Stop Hate, Together.

—Patrice O’Neill, Executive Producer, Not In Our Town

the context of violence

Bruce Hartford who was a cvil rights activist in the 60's made the following interesting point in a blog post recently:

"As I try to absorb and understand the killings and attempted

assassination of a Congresswoman in Arizona, my mind flashes back 50

Alabama and their mass arrest in Mississippi, a state transformed into

an armed camp of raging hostility against anyone who supported equal

rights for Blacks. The interesting connection is that the Riders

encountered no violence in Georgia which was just as thoroughly

segregated as South Carolina, Alabama, and Mississippi. But in Georgia,

unlike the other three states, on that occasion the reigning politicians

chose not to publicly incite hatred and inflame passions against

leaders, there was no mob violence in Georgia.

faced by the Little Rock Nine, little Ruby Bridges in New Orleans, and

the children of Grenada Mississippi were fomented by racist demagogues

creating fear and hysteria to advance their political careers. In other

areas, where the politicians chose not to excite race-hatred, school

integration occurred with little or no violence. We saw it back then, we

see it now, when officials and candidates whip up fear and hatred, when

they demonize opponents as enemies of America who must be destroyed, the