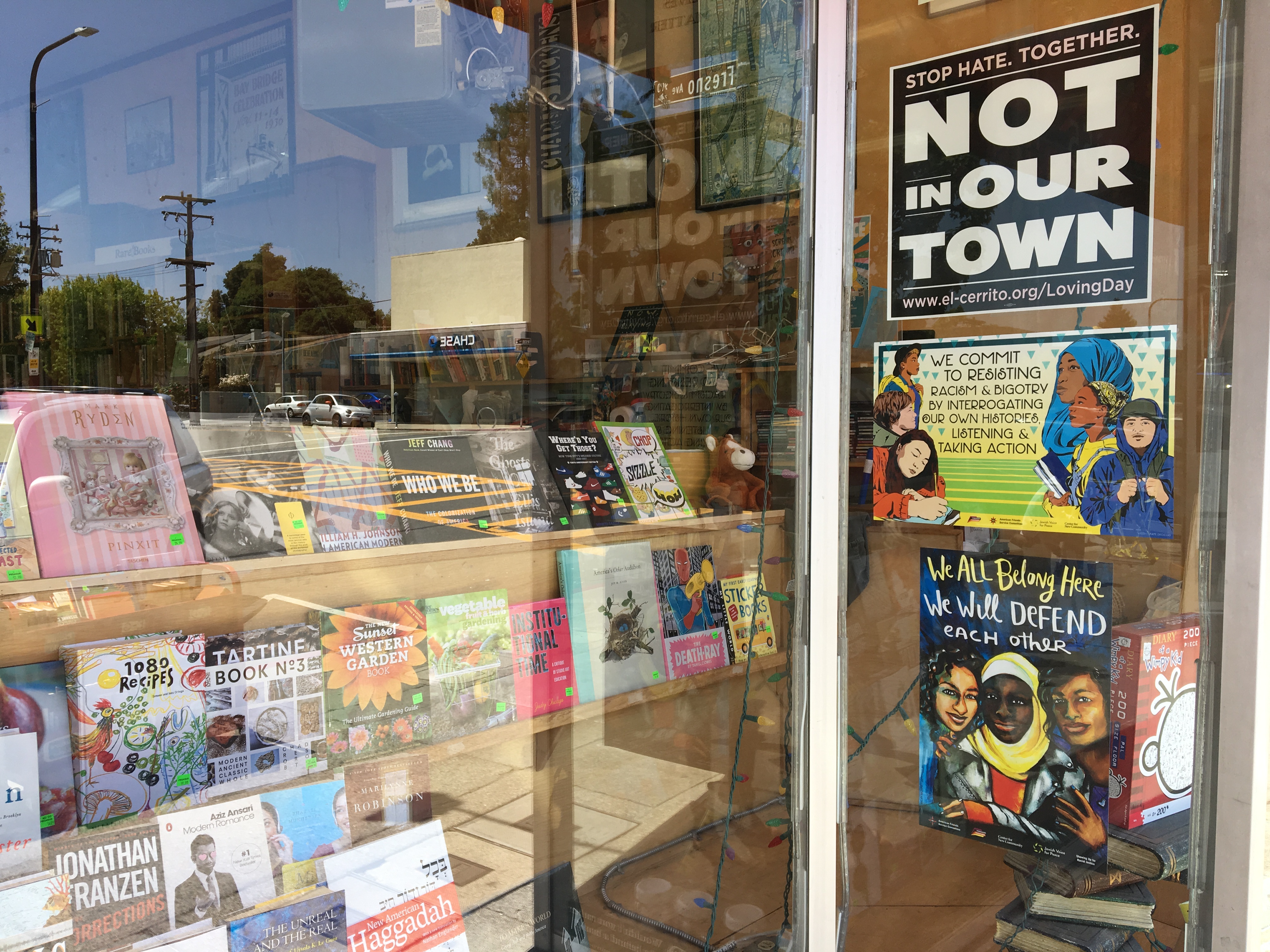 Why are there Not In Our Town posters hung in so many windows in El Cerrito, California?

At a local bookstore on Solano Ave, a Not In Our Town poster faces the street. People walk by, take pictures, and stop in to ask where they can get a poster of their own. Pegasus Bookstore employee, Elizabeth Freeman, said the poster is up, spreading awareness and making it known that hate exists and it will not be tolerated in this community.

In the past Pegasus has been selective about the signage displayed in their stores to avoid having anything misconstrued as political. But in the last year, the company felt that there was no longer a clear divide between things of a political nature and people’s lives, according to Freeman.

"There are certain things you have to make a stand for,” Freeman said. "This isn't about politics, this is about standing up for people."

Pegasus is one of many local business and private residences near El Cerrito that display a Not In Our Town poster. The posters are a reminder that hate incidents like the one El Cerrito suffered last year will not be tolerated.

The Hate Incident That Unified a Community

In February of 2016, a young El Cerrito family was targeted in a hate crime when someone lit a fire beneath their car and left a racist note outside their home. Neighbors, elected officials, law enforcement, and locals immediately took action and showed up to support this family. One month after the incident, a community forum was organized for people to voice their concerns.

"Whoever perpetrated this crime is outnumbered by the rest of us by thousands to one," said a man attending the meeting.

The city of El Cerrito was inspired by the "tremendous, unified" community response, so the Human Relations Commission (HRC) launched a Not In Our Town inspired campaign against hate, which includes free Not In Our Town posters that have made their way across the city.

To further support diversity in El Cerrito, the city hosts an annual event called "Loving Day" to celebrate multiculturalism, tolerance, and diversity in the community. The next Loving Day celebration is coming up June 11th!

Whether or not your community has faced a hate attack, you can start your stand against hate with your own free, downloadable NIOT posters here.