Davis, CA NIOT Group Connects with Police Department | Not in Our Town
Skip to main content 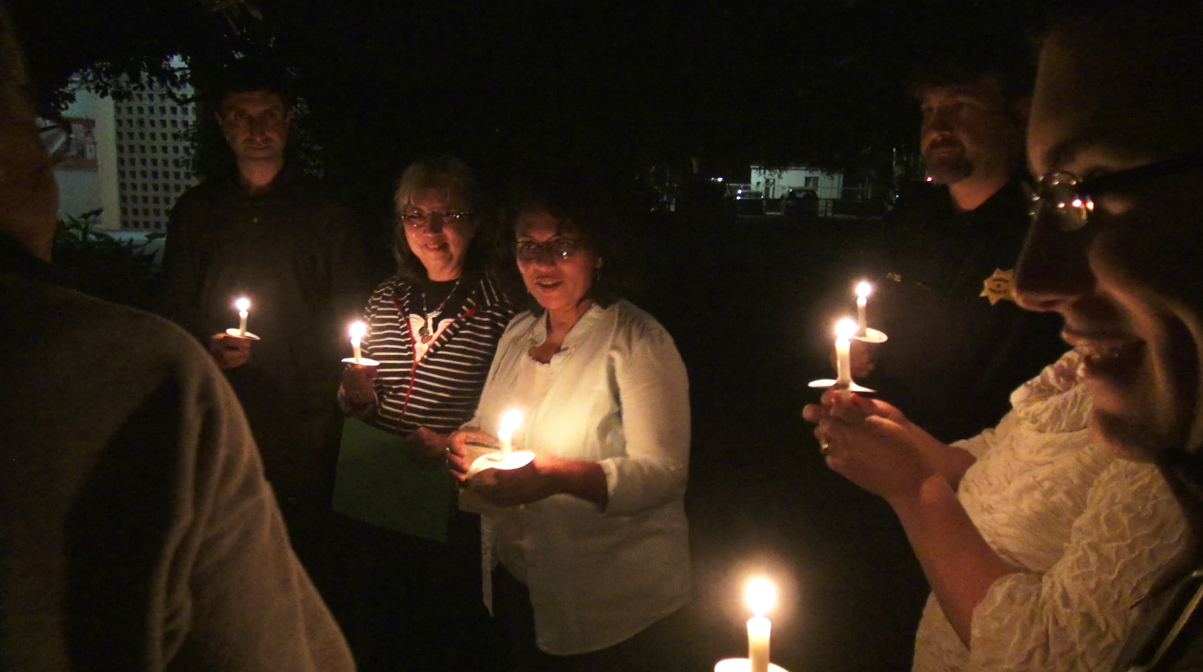 By Patrice O'Neill
CEO and Executive Producer, Not In Our Town

Swastikas appeared on a Jewish fraternity several weeks ago, reminding the University of California, Davis community of the dangers of ongoing anti-Semitism and hate. NIOT is working with a group of Davis residents who want to change the atmosphere in town.

Gloria Partida, whose son was brutally attacked in an anti-gay hate crime two years ago stood outside the Community Church Hall as people filed in for a screening of Waking in Oak Creek. Gloria is part of the Davis NIOT group, and she shared with me their recent success involving law enforcement in community actions.

“We went to the Not In Our Town National Gathering last June and came back with so many ideas, and this is one of them,” Gloria told me. The NIOT Gathering modeled ways for police and NIOT groups to work together. The screening and discussion was the third in a series of law enforcement dialogues hosted by the Davis NIOT group, Davis Phoenix Coalition, called “Chat with the Chief.” Chief Landy Black was joined by four other officers from his department.

After the screening, a presentation by the deputy chief of police about hate crime reporting protocols, and a discussion by a group that included Jews, Muslims, Christians, and Sikhs, Gloria gathered people outside with candles to honor hate crime victims.

As always, we are inspired and energized by all of the people in NIOT’s network who are carrying the movement forward. We’ll keep you updated on Not on Our Campus Activities in the coming weeks. And please follow us on Facebook, Twitter and NIOT.org.