Community Solidarity after a mosque is targeted in Bloomington, Minnesota | Not in Our Town
Skip to main content

Community Solidarity after a mosque is targeted in Bloomington, Minnesota 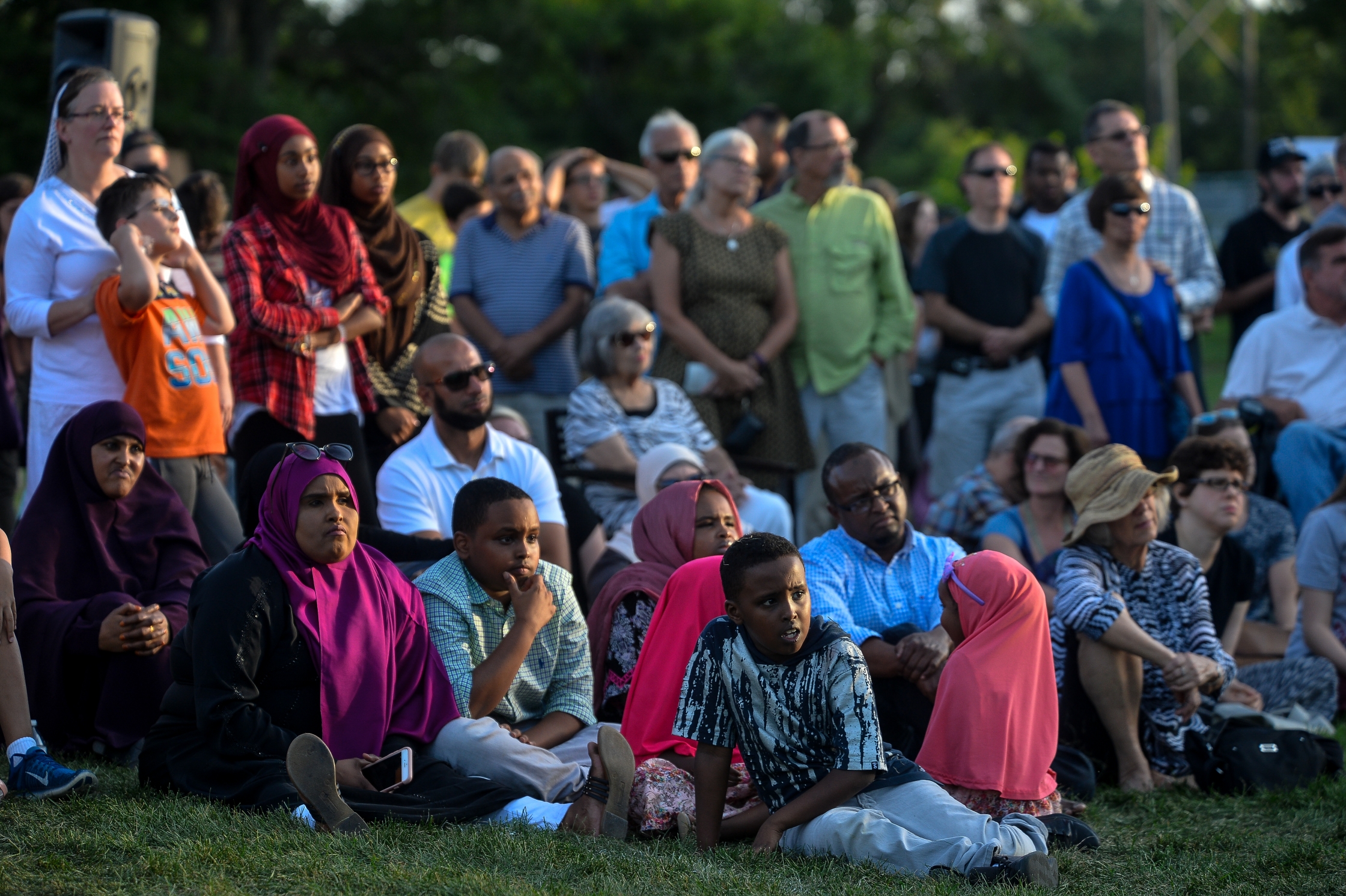 Hundreds of people gathered at the Dar Al Farooq Islamic Center after the mosque was targeted in a suspected hate crime attack. Faith and civic leaders joined by community members filled a soccer field behind the center and stood in solidarity with their muslim neighbors. Rep. Tim Walz addressed the crowd, “To the children who are here, the message you are hearing from your neighbors is, you are cherished, you are loved, you are Minnesota and you are America.”

Days earlier, Minnesota Governor Mark Dayton came to the site and denounced the attack as a “terrible, dastardly, cowardly” “act of terrorism.” According to the FBI, an “improvised explosive device” rocked the Islamic Center as congregants gathered for morning prayers. No one was injured in the attack but smoke wafted through the building, windows were shattered and the Imam’s office was heavily damaged. The muslim community here has been shaken as this attack comes after a reported rise in anti-Muslim bias incidents across the country.  According to the Council on American-Islamic Relations, 2017 is on track to becoming one of worst years ever for anti-Muslim hate crimes.

Mohamed Omar, Executive Director of the Dar Al-Farooq Islamic Center in Bloomington, Minn., talked to MSNBC about how comforted his community was by the support of civic and law enforcement leaders and members of other faith groups, “We felt like we are One Bloomington and that we are not alone.” 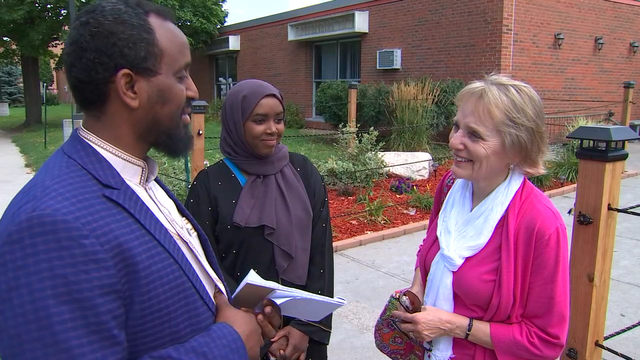 “I wanted to show our face to show people care about you and you are part of the community,” said Dawn Strommen, a member of Plymouth Lutheran Church. Why create fear? Love overcomes fear; this is what we believe.” Fox9 News

Bloomington Mayor Gene Winstead released a statement from the City Council asserting that their city is a welcoming one, “Bloomington is a great city and a place where everyone should feel welcome. A city where we acknowledge our differences and want all individuals to feel safe and respected. We support everyone’s right to worship the faith of their choosing. We embrace the city’s growing diversity with inclusion and equity at the core.”

Imam Asad Zaman, Executive Director of the Muslim American Society of Minnesota said "We are saddened at the unprovoked hate crime. We are thankful to our elected officials and law enforcement who have acted speedily to repudiate such a horrible hate crime. And we are hopeful about our neighbors and about the interfaith community that have come forward in a show of support. The churches around and synagogues, almost all of them came down and showed their support, we are strong and we don’t want to lose hope because of things that happen.”

The F.B.I. has taken the lead in the investigation, is looking for suspects and trying to determine whether the incident was a hate crime. At the FBI office in Brooklyn Center, Rick Thornton said "We are putting every resource into this matter, it is the highest priority of this office." A GoFundMe page has been set up and has already raised over $70,000 from 1800 supporters to repair the damaged community center and mosque.

What can you do to support your neighbors?

Here are two NIOT videos that tell stories about how communities came together after hate crime attacks in two California towns.

When two elderly Sikh men are gunned down during their evening walk, community members, civic leaders and local law enforcement stand together against hate and intolerance. Police Chief Robert Lehner talks about the tragedy and the importance of recognizing a hate crime in the absence of clear evidence. https://www.niot.org/cops/media/recognizing-hate-crime

Not In Our Town presents a portrait of a community grappling with a suspected hate crime after an African American family’s home was set on fire in Manhattan Beach, CA. Ronald and Malissia Clinton share their story about the night of the attack, their fear that the attack was racially motivated, and their reaction to the overwhelming community response of support. A few days after the arson at their home, 700 community members gathered in the town square to stand with the Clintons, and hundreds donated to a reward fund for information about the case. One year later, while the case is still under investigation, local law enforcement, school leaders and community members are working to build a safe and inclusive community for all. https://www.niot.org/cops/manhattan-beach