Building Bridges in the Wake of Anti-Immigrant Violence: An Interview with Educator Julie Mann | Not in Our Town
Skip to main content

Building Bridges in the Wake of Anti-Immigrant Violence: An Interview with Educator Julie Mann 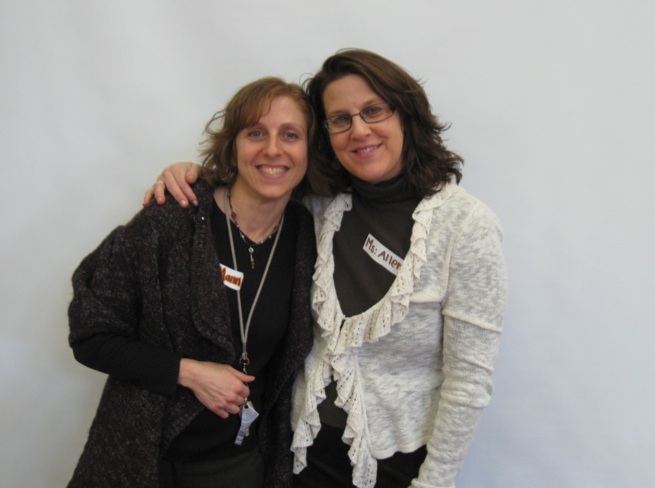 NIOT: As you know, we have been working on a documentary that details the community of Patchogue, NY after the murder of Ecuadorian immigrant, Marcelo Lucero. Patchogue is not far from your school and I was deeply touched by your students letters to Joselo Lucero, Marcelo's brother who has spoken frequently about the need to stop such hateful actions. As one student said, "You lost Marcelo but you also gained us as family." Could you speak to how your students reacted to the news of Marcelo Lucero's murder and other acts of anti-immigrant violence?
JM: My students were shocked, saddened and angered by both Marcelo Lucero's murder and the general hatred/abuse of immigrants. They felt it was unfair to be seen as a threat when they have come here for a better life, but also to add to our society. The US is a country of immigrants, so any anti-immigrant sentiments are confusing and upsetting to them. Also, immigration, especially for a teenager, is traumatic no matter what. So this wave of violence only adds to their fears and homesickness.
At the same time, the Building Bridges project really helped them process these emotions in a positive way. Also, getting attention from their St Luke's buddies and from NIOT really helped affirm for them that it's possible to change people's perceptions of immigrants and that they were making a difference.
NIOT: You and your students have generously offered other materials from the Building Bridges project, namely several student video diaries detailing your students’ own journeys to the U.S., which are personal and powerful. How did the video portion of this project come into being and what were your goals? Did your students enjoy using this medium? And did it change the way they told their stories?
JM: When I created the Building Bridges project, I initially wanted it to be a completely video-based project. However, in talking with Diane Kandel, the media teacher who helped my students create their digital diaries, I realized that I probably couldn't have 34 students create videos. But I knew I could have them all write their stories and that these written pieces could lead to other mediums. Once the students had their pieces written, six were chosen for video.

These six students did enjoy using the medium of film, but they also had challenges and needed to persevere. Making movies is no small task.

NIOT: Finally, one of the things we address in our upcoming film on Patchogue is anti-immigrant rhetoric. Immigration is undeniably a controversial issue in our country right now, but there seems to be a desire to change the conversation on immigration so it is less damaging and more productive. In your opinion, what conversation on immigration is worth having nationwide?
JM: We are all either immigrants, children of immigrants, grandchildren of immigrants, etc. So first, I think that needs to be recognized and embraced. From there I would love to see our country focus on the value immigrants are adding to our country. The more people can see that being a diverse nation of people is what makes our country special and strong, the fewer who will see immigrants as a threat. Our motivation for the Building Bridges project was just that—share our stories so that non-immigrants will see how motivated, strong, unique, and worthy my students are.
To find our more about the Newcomers High School-St. Luke’s Building Bridges Project, visit NotInOurSchool.org/Newcomers. The Not In Our Town film that focuses on the community response to the Lucero murder will air on PBS on Sept. 21, 2011. For more information on the film, visit NIOT.org/LightInThe Darkness.
In:
Marcelo Lucero
Newcomers High School
anti-immigrant violence
building bridges