After Minnesota Teen is Attacked, Minnesota Town Rallies | Not in Our Town
Skip to main content 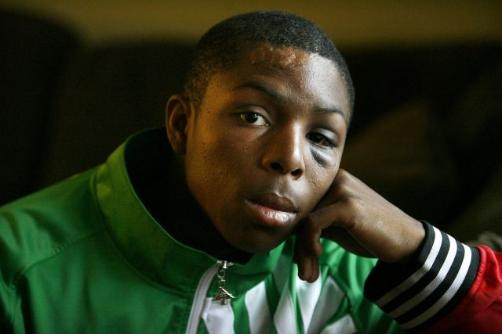 Brooklyn Park, MN: On September 23, 2009, 18-year-old Derrick Thomas, a young Minnesota man with mild autism, was riding his bike home when three white men pushed him off his bike and then stripped, beat and robbed him while yelling racial slurs. According to Thomas, the men repeatedly used a racial slur and told him they "hated black people and that they would beat up any black people who walk through the nearby park." When police found the three suspects, they were in the process of assaulting a second black man, 40-year-old Johnney Robinson. The suspects arrested in the case, Anthony Kilpela and Bryan Westerlund, both 21, and Tyler Kai Ketz, 23, were charged with robbing Thomas and the bias-motivated assault of Thomas and Robinson.

"We shouldn't wait until something even worse happens," declared local resident Carol Woehrer after reading about the attacks. Woehrer, along with another resident, Linda Freemon, took action and organized a rally against racist attacks and in celebration of diversity the week after the attack. Over a hundred people,including community leaders, elected officials, ministers and Thomas and his family, gathered in Brooklyn Park the following week to talk about hate crimes. Rally participants were asked to bring a sign celebrating diversity and a candle. Amelework Hailu, who came to support the victims, told Minneapolis’s KARE news, "As a community, we have to live together. We have to have unity, not seeing colors, not seeing anything else, except we are neighbors. We are one." [Watch video of the rally on KSTP.com.]

The city of Brooklyn Park had been working on revising a bias crime response plan for well over a year, but when Derrick Thomas and Johnney Robinson were attacked in bias-based assaults, the city of Brooklyn Park was outraged and took measures to put the new plan, which focuses on victim support, in place. Humans Rights Commission liason Denise Rene Wollerburg spoke for her city when she stressed the importance of letting victims know “they are not alone and these crimes are not accepted by our community."

While Brooklyn Park’s old bias response plan simply stated that police would notify human rights officials about bias incidents, the new plan focuses on substantial victim support, as well as coordinating assistance from police, city officials and community groups. Jeff Ankerfelt, the Brooklyn Park police captain who authored the plan, told KSTP-TV, “there was not enough to help the victim to recover." The new plan, which goes to City Council for approval next week, will involve a victim support team to help victims cope with emotional, psychological and even financial problems stemming from crime. According to the Star Tribune, Eveyln Staus, who serves on Brooklyn Park's Human Rights Commission noted that the Brooklyn Park victim assistance was notably more comprehensive than most other cities. In Thomas’s case, within a day of the attack, the city manager, Human Rights Commission and mayor were all notified of the bias-based crime, and reached out to the family to offer assistance. City officials also met with community members to outline details of the new plan. 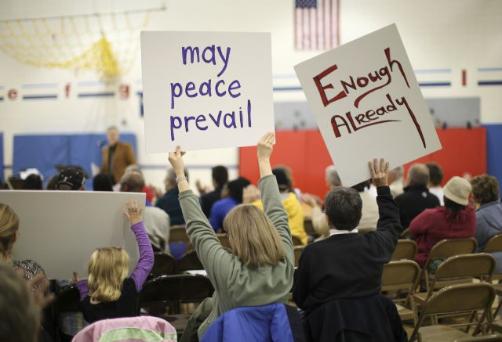 “We are trying to improve the livability of the community, to make everyone feel welcome and feel they can receive a fair shake," said John Granger, the chairman of the city's Human Rights Commission. He also noted that Brooklyn Park tried to tailor its plan to serve the city's diverse population.

There is no exact roadmap for how a community can stand up against hate. The city of Brooklyn Park shows us one model: protect the health of the city by making sure you take care of the people in your city.

Greate pieces. Keep writing such kind of info on your blog.
Im really impressed by your site.
Hi there, You've performed an incredible job.
I'll certainly digg it and individually suggest to my friends.
I am sure they will be benefited from this website.