Democracy as Counter to Hate Groups

How Ordinary Citizens of Northern Idaho Defeated the Aryan Nations

In the 1950’s a small group of religious leaders, fed up with Jim Crow racism, started the modern civil rights movement. They demanded that the promises of the Declaration of Independence and the 14th Amendment, declaring equal protection under the law to all citizens, finally be enforced. The vast majority of Americans agreed. What followed was a sea change in the cultural and political life of America. Millions of Americans were recognized for the first time as full members of our great country, and almost overnight, civil rights, formerly a fringe concern, became a mainstream one of most Americans.

But as history has shown us, in a democracy, great cultural and political changes do not occur without a large array of opponents. 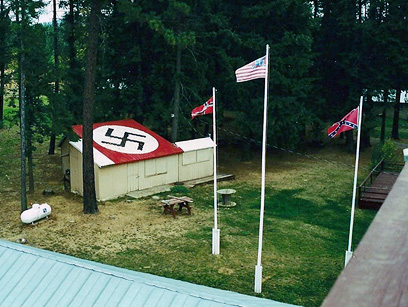 The opponents to the civil rights movement came in the form of the Ku Klux Klan and other Klan-like groups. They were willingly to do anything to stem the tide of this historical moment in our country. There were political assassinations, murders, bombings, arson, and a host of other criminal activities. But the civil rights leaders did not flinch, nor did the American people. After it became apparent that there was no turning back, many in the Klan started to pursue other activities, while others re-entrenched themselves in their old Klan haunts in the South and began a defensive rear guard action. Yet another group, the Aryan Nations, looked for a new location to pursue their agendas of racial hatred and racial exclusion. They zeroed in on the Inland Northwest.

The Aryan Nations believed that the Inland Northwest, and particularly Kootenai County, Idaho, was predominately white—not for historical reasons or for patterns of employment during World War II—but because we were here to escape the rest of American society and its religious and racial diversity. They assumed that once we were exposed to their beliefs, we in the Northwest would gravitate to their cause in great numbers and help create the Aryan Nations’ vision of an all white society, separate from the rest of America.

The Aryan Nations soon learned that the people of the Inland Northwest would not gravitate to them in any significant numbers and switched tactics. The group began a prison ministry across the country seeking out white prisoners to come to the Inland Northwest. They believed that if they could not change the minds of the people living here, then they would import people who shared their beliefs. If enough criminals came to the Aryan Nations infamous compound, known as the “Campus of Hate,” to learn the doctrines of vitriolic racism taught here, and then brought those ideas out to the community, the Aryans surmised, the area would become so unfriendly to ordinary Idahoans that we would be forced to leave.

But they were wrong. The Aryan Nations came to Idaho in the early 1970s with some money, lots of time, an agenda and a virulent anti-American set of beliefs threatening all of us. But they eventually left broke, demoralized and disorganized, thanks to the good citizens of Idaho and the Inland Northwest who made the crucial decision in 1980 to organize and speak out aggressively against their hateful message and activities and to dedicate themselves to the promotion of human rights.
AN ORGANIZED RESPONSE TO HATE 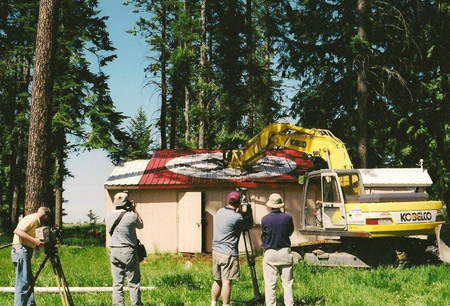 The decision to organize the Kootenai County Task Force on Human Relations would result in a campaign that has lasted 28 years, rallying people in support of human rights and the basic human desire to be judged fairly and with dignity. This movement sparked the creation of a number of other Northwest local and regional human rights groups with the similar mission of advancing human rights and countering hate.
Early on we saw our challenge as promoting a culture in which the community would reject hate while embracing respect and dignity for all people. In order to accomplish this goal, we made sure members from the religious, educational, business, labor, civic and political communities, as well as families, were included in all our efforts. It was essential to have a grassroots response to this challenge.  If we as a people did what was right, hate could not thrive in our midst as has been proven again and again throughout history.
The Kootenai County Task Force on Human Relations made several important decisions early in its history. We decided never to remain silent in the face of hatred. History gives no examples of the benefit of silence when hatred is on the loose. Secondly, we adopted a policy of organizing counter events during Aryan Nations activities such as the Aryan World Congress and the marches they conducted over several years. We never engaged the Aryans directly by being present at any of their events. We were proactive rather than reactive or confrontational. A close reading of the civil rights activities of Mohandas Gandhi and Dr. Martin Luther King, Jr. suggested these tactics to us and ultimately proved successful here. 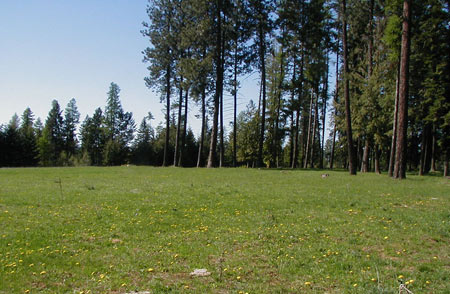 This vision has led us through almost three decades of successful organizing for the advancement of human rights. Among the successes of the large coalition of individuals and organizations who came together was the passage of a series of Idaho anti-hate crime laws; countless public rallies; human rights banquets; press conferences; and the now famous Task Force “Lemons to Lemonade Campaign” that raised $35,000 for human rights as a counter to the 1998 Aryan Nations march in Coeur d’ Alene. We’ve helped create human rights clubs in the region’s colleges and high schools; provided speakers to regional and national conferences; supported victims of hate crimes; and for 24 years, we’ve coordinated a Dr. Martin Luther King, Jr. Children’s Human Rights Week in the Kootenai County Public Schools, sponsored by the schools and the Kootenai County Task Force on Human Relations.
In 2000, our task force joined with the Southern Poverty Law Center of Alabama in winning a $6.3 million civil judgment against the Aryan Nations for victims Victoria and Jason Keenan. This case bankrupted the Aryan Nations and they were forced to turn over their compound to the Keenans. Idaho native Greg Carr later bought and destroyed the compound to rebuild it as the Peace Park.
One of our most successful political actions was to defend and support the 2003 re-election of 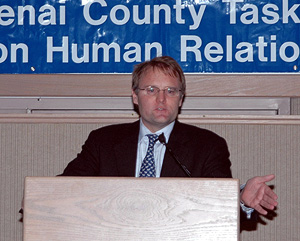 Hayden, Idaho Mayor Ron McIntire, when his opponent, Richard Butler, the notorious white supremacist who founded the Aryan Nations, viciously attacked the mayor’s religious affiliation as a member of the LDS Faith. Butler only received 50 votes out of 2,300 votes cast. Butler’s death in 2004 brought this challenging era to an end, and launches us on a new era with the building of a major human rights center in Coeur d’ Alene thanks to a very generous $1,000,000 gift from Greg Carr.
When the dust finally settles, and the passage of time allows us to look back at this chapter with clear judgment, we hope we will be able to say that the final victory over this dark and evil opponent here in Kootenai County and the Inland Northwest was simply democracy at work: democracy for each of us and to all of us.
Tony Stewart is a co-founder of the Kootenai County Task Force on Human Relations and taught political science at the North Idaho College for 38 years. Norm Gissel is an attorney and civil-rights activist who has been a member of the Kootenai County Task Force on Human Relations since 1984.
Project:
Faith Resources
Local Lessons:
When Hate Comes to Your Town
NIOT:
hate group response
idaho
aryan nations
kootenai county task force
inland northwest
lemons to lemonade campaign
white supremacist