1700 Percent Project | Not in Our Town
Skip to main content 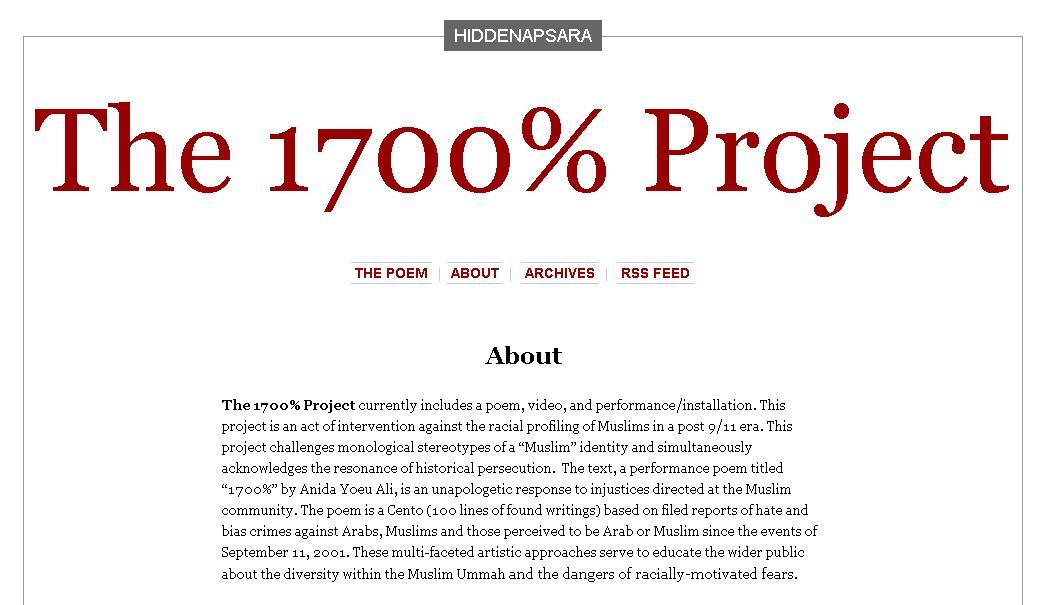 This Sunday, April 11th, we are asking members of the Muslim community to participate in the video portrait component of the project at South Lakeshore (exact location TBD). We are taking the portraits during 'magic hour' (it's beautiful! the orange/yellow glow from the sunset makes it look amazing!) between 5:00 - 7:00 p.m. We are scheduling participants in 15 minute increments. If you choose to participate, it should not take longer than 15 minutes and you will only need to be present during your slotted time.

We are seeking participants who self identify as Muslim and range in race, ethnicity, gender, age, and “religiousness”. We are looking for individuals and families from heterogenous parts of the “Muslim” world: Bosnia, Algeria, China, Africa, the Middle-east, South and Southeast Asia, Latin America, and mixed-race Muslims. Come as you are — hijabi, wahabi, convert, punk, goth, rockstar, doctor, actor, teacher, emcee, laborers, stay-at-home parent, unemployed, transgendered, queer, straight, political, apolitical, and etc..