Engaging the Community in the Absence of a Crisis

This article originally published in the July 2013 issue of the Community Policing Dispatch from the U.S. Department of Justice COPS Office. 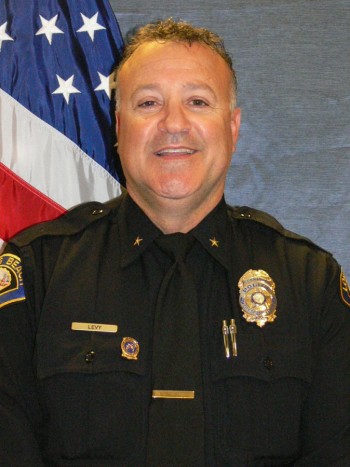 The number one piece of advice savvy law enforcement officers give for maintaining safe, inclusive communities is this: Don't wait for a hate crime or a crisis to happen in your town before you take action; make sure you are taking a preventive approach and have established relationships and programs with members of different racial, ethnic, religious, and cultural groups in your community. But with busy schedules and limited resources, how do you engage your community in a meaningful way in the absence of a crisis?

As part of its ongoing work to identify and share stories of real-life best practices, Not In Our Town talked with retired Long Beach (California) police commander Josef Levy about his experiences serving in the city's diverse, sometimes challenging West Division. When he was commander, Levy began conducting hate-crimes trainings in Long Beach and throughout the region in the early 1990s, designing curriculum for law enforcement and serving as a facilitator for trainings and community forums. The day after he retired last year, he was sworn in as a reserve officer in the department—circling back to the way he first started his career in the department back in 1984. Reflecting on some of the most successful proactive programs the department implemented, he described two activities that could be utilized in other communities:

In 2006, six women were wounded and one was killed in a hate crime shooting at the Jewish Federation of Greater Seattle, Washington. Moved by this tragedy, community leaders in Long Beach came up with the idea of creating a Jewish-Christian-Muslim Leadership Forum in their city. LBPD took the lead, collaborating with local groups like South Coast Interfaith and the National Conference of Christians and Jews (now known as the National Conference for Community and Justice), to bring together faith leaders and representatives from the city's diverse communities. On a regular basis, forum members and residents met at a different mosque, synagogue, or church around the city to learn about the traditions, rituals, and cultures of each faith group. Residents not only became more aware of each other's religions, they built bonds between their communities. A commitment was made that if a similar tragedy ever occurred in Long Beach, they would all stand side by side in solidarity.

In another example, LBPD reacted spontaneously to address obvious tension between officers and youth in the community. During a routine patrol, Levy recalls that he and Deputy Chief Robert Luna received what he described as “hate stares” while walking by an African-American barbershop. Moments after passing, the two stopped in their tracks and headed back to the shop to initiate a dialogue with the teens and young adults gathered there. During the course of a 45-minute conversation, they heard stories about the community's negative perceptions of and interactions with the police. After listening attentively, they offered a challenge: If LBPD drew together a group of officers for three nights of open, honest dialogue, would the youth show up and participate? Right there on the spot, Levy and Deputy Chief Luna set in motion what became known as the Barbershop Dialogues.

LBPD had successfully used this convening strategy previously to increase cultural awareness and address tensions in the city. Depending on the need, immigrant communities, youth, or other specific groups had been invited to sit down with officers for a frank dialogue about their experiences and perceptions, and the expectations and questions each group had for the other. Forums included guided break-out groups and a review of the key issues that emerged from the discussions. Dr. Jeffrey Cornejo, principal at Long Beach's Millikan High School, recalls that the police-community forums meant a full day away from the classroom for his students—but they were invaluable for breaking through some of the barriers that separated the kids in the community, and the community itself, from the police. “When the kids were little, they would run up to police officers and ask for badge stickers; but some time in middle school, they became disassociated and didn't want anything to do with the police because it became 'uncool.'” Dr. Cornejo found that the forums, held at Long Beach Police Academy, allowed students to see the police as people again, and helped them to understand the role students played in the community. “The thing I liked most about that experience,” he shares, “is that the kids and the police officers got to eat lunch together. That really breaks walls down. That was the neatest part—that's when the cathartic change happened.”

Drawing on this experience, the department organized the Barbershop Dialogues as a series of 3-hour forums with neighborhood teens and young adults. The program was extremely productive, and successful by several measures. The community really appreciated the opportunity to open communication lines, and the department began forging a more open, cohesive working relationship with youth in the neighborhood. Additionally, LBPD garnered favorable local press when a representative from the local paper, The Long Beach Press Telegram, attended and reported on the forums. As a result, the Barbershop Dialogues made a positive impact on the department's relations with and reputation within the community.

Get more ideas at NIOT.org/COPS
New resources are available at www.NIOT.org/COPS, including:

I am Lizy Thomas from India. I liked the case studies especially to Establish an interfaith community forum is a very new and creative approach. It is inspirational even we, for Indians.

Thank you for your contribution of new ideas 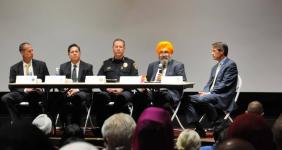